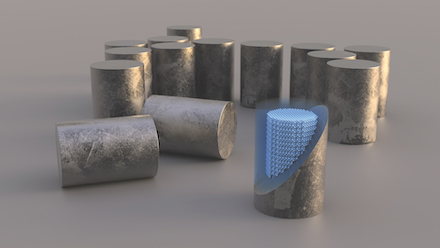 Designing, licensing, building and deploying Gen IV nuclear reactors is proceeding steadily. The growing momentum behind new nuclear is in response to the need to eliminate carbon emissions, while delivering a stable and reliable power supply. Almost weekly there are technical advances, energy-generation agreements and interest announced in various Gen IV reactor designs by countries and organisations around the globe.

When the marketplace evaluates next-generation nuclear options, whether it be small modular reactors (SMRs) or microreactors, often the focus is on the plant hardware. The reactor, and the adjacent equipment that puts nuclear-generated energy to productive use, are certainly important, but it is only half of the equation. The fuel that will power these reactors is just as crucial.

Fuel design is progressing and is benefiting from new approaches and modern technologies. However, it is critical to have a tangible, dependable supply chain for these advanced fuels if new nuclear is to be successful.

The most common fuel form in Gen IV designs is the tristructural isotropic (TRISO) fuel particle. The high-temperature radionuclide retention capability of TRISO fuel particles has been studied, improved and established over recent decades. TRISO has long been relied on because it can be manufactured efficiently with consistent performance characteristics. Combined with the passive heat removal systems of Gen IV reactors, TRISO is the foundational technology for many SMR and microreactor systems.

At Ultra Safe Nuclear Corporation (USNC), we are building on the proven safety and irradiation performance of TRISO fuel with Fully Ceramic Microencapsulated (FCM®) fuel.

As a technical ceramic with extreme environmental stability even in high-temperature applications, the SiC matrix in FCM fuel is an advance over the historic graphitic-matrix fuel and ideal for use in Gen IV reactors.

Graphitic-matrix fuel exhibits complex irradiation behaviours — initially shrinking, then expanding — so the material degrades over time. The graphitic matrix is also prone to oxidation, making it susceptible to degradation in the presence of trace amounts of air or moisture that could leak into reactor coolant.

In contrast, the silicon carbide matrix in FCM exhibits well known and finite swelling behaviour and can withstand an extremely high radiation dose, while retaining its configuration and strength. Silicon carbide also has exceptional air and steam oxidation resistance and is extremely resistant to environmental degradation.

The inherent accident tolerance of silicon carbide and very low radionuclide release rates from the fuel are strong safety benefits.

USNC has recently opened two facilities in the USA to manufacture its core materials and FCM fuel. These facilities have been financed exclusively through USNC’s private capital, a testament to the company’s strong commitment to delivering a tangible and reliable fuel supply chain.

The ACM facility hosts most of USNC’s current binderjet additive manufacturing and chemical vapour infiltration systems. These systems offer a wide range of manufacturing capacity from 0.5l to 150l of production volume. These capabilities are applied to production of SiC, zirconium carbide (ZrC) and various metal hydrides.

The manufacturing capability for these speciality ceramics supports deployment of USNC’s Micro Modular Reactor MMR® as well as its space-related nuclear energy systems.

One of the aims of the PFM facility is to fully establish and codify the production-scale modules for manufacturing TRISO and FCM fuel to support deployment of the modules in USNC’s future commercial-scale nuclear fuel manufacturing facilities. It will enable an informed and efficient licensing process for those facilities.

Fortunately, these regulatory bodies recognise they have to work effectively with advanced reactor developers to assure the highest levels of public safety and enable the industrial base to transition from light water reactors to the new nuclear fleet.

USNC’s application of additive techniques to manufacture the SiC matrix of the FCM fuel form permits fuel designs to be geometrically optimised with unique tracking and monitoring capabilities, improving system safety and performance.

The goal is to establish FCM as a flexible fuel architecture that enables a range of core designs.

USNC believes that as the fuel supply chain evolves, FCM architecture based on coated particle fuels will be used in the USNC MMR as well as in other SMRs and microreactors.

A near-term objective of USNC’s PFM facility is to produce a batch of TRISO and FCM fuel for its qualification programme in support of MMR licensing. This qualification fuel batch is slated for irradiation testing in 2023 in the Petten reactor in the Netherlands. The results will be integral to qualifying FCM fuel for use in MMRs and other advanced reactors.

Low enriched uranium (LEU) with enrichment greater than 5wt% is key to Gen IV reactor fuels. The need for this stream of HALEU remains conspicuous and requires coordinated action by governmental and non-governmental organisations. They are working to establish this feedstock availability. Given today’s geopolitics, it is imperative that this material is sourced from reliable providers. 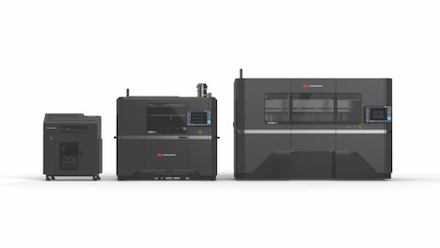 Massachusetts-based Desktop Metal, Inc, has partnered with USNC supplying the company with two 3D printers from its X-Series line of binder jetting systems. Two additional machines are expected to follow this year.

The printers for metal and ceramic powders can 3D-print advanced materials such as silicon carbide (SiC). “Binder jetting is a low-cost, high-yield, reliable process for our complex serial production,” Kurt Terrani, executive

vice president of USNC’s Core Division, says, adding: “The advanced material capability of these machines is fundamental to our innovative approach to fuel design.”

Desktop Metal says its X-Series line was designed to scale applications from research and development size right up to mass production with their repeatable open parameters and performance across a range of machines. With the small-format InnoventX already installed at the company’s facility in Salt Lake City, Utah, USNC has already developed its next-generation nuclear fuel matrix to be scaled up on the larger X25Pro and X160Pro systems. “Driving mass adoption of additive manufacturing requires scalable systems capable of printing high-performance materials that enable the most innovative applications,” says Ric Fulop, Co-founder and CEO of Desktop Metal.

The X-Series family of 3D printer features three models – the InnoventX, the X25Pro and the X160Pro – and uses advanced compaction technology for dispensing, spreading and compacting powders during the binder jet printing process. Important for 3D printing silicon carbide, the process is carried out at low temperatures, which enables USNC to create complex and bespoke shapes in a material that is difficult if not impossible to manufacture with traditional technologies or conventional laser-based 3D printing methods.