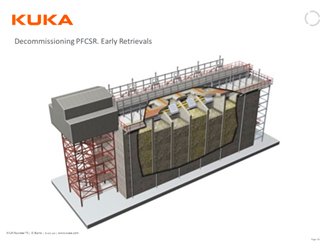 The Pile Fuel Cladding Silo (PFCS) is a legacy silo on the Sellafield site, built in the 1950’s and, filled over the decades that followed. Waste within consists primarily of aluminium pile fuel cladding but, it also contains significant quantities other miscellaneous waste. It is one of the most significant radiological waste management challenges in the UK.

Cavendish Nuclear, as part of a joint venture with Sellafield, were tasked with the delivery of plant, and equipment capable of accessing the legacy waste, removing and, transferring it into containers for safe interim storage.

KUKA Systems UK developed, designed, and built a robotic system for use within the Waste Container Handling Facility (WCHF) of the PFCSR.

A series of studies and reports were conducted between KUKA, Cavendish and Sellafield to explore the feasibility of several system design variations supported by simulation models. These digital twins mirrored all elements of the robot equipment and periphery and, the physical assets within the WCHF. Optioning and risk reduction exercises were conducted on the various concepts, until a workable solution was identified.

The robot system shall remove bolts from the lid of the Waste Container (WC) and, place them into a bolt storage rack. The WC is moved to a separate area where the lid is then removed, and the WC is filled with waste.  When the full the WC lid is placed back in position and, the WC is moved back into the robot cell. The robot then deploys a felt swab, and the lid seal area of the WC is swabbed. The swab is then analysed to determine that no contamination is present around the lid seal. If the WC is clean, the bolts are then replaced by the robot and each bolt tightened to a pre-determined torque. The WC is then exported from the WCHF.

The automated bolting and swabbing processes are KUKA standard process that can be applied to future projects within the nuclear and, other industry sectors.

The robot cell consists of:

The cell was designed, built and fully tested at KUKA Systems UK and, plant operating staff were trained on the use of the equipment, once pass-off trials were completed. Equipment was then dismantled, delivered and, installed in its intended location at the Sellafield site. Active waste retrieval began in late 2019, known as the Early Retrievals Project. Next stage ‘Full Retrievals’ will soon commence.

The PFCSR project was an exciting concept for KUKA Systems UK, involving many hours of innovative development, detailed design and, in-depth investigation and evaluation and, further strengthens KUKA UK’s presence within the Nuclear Sector.

KUKA is a global automation corporation with sales of around 2.6 billion euro and roughly 14,000 employees. The company is headquartered in Augsburg, Germany. As one of the world’s leading suppliers of intelligent automation solutions, KUKA offers customers everything they need from a single source: from robots and cells to fully automated systems and their networking in markets such as automotive, electronics, metal & plastic, consumer goods, e-commerce/retail and healthcare. (As at December 31, 2020) 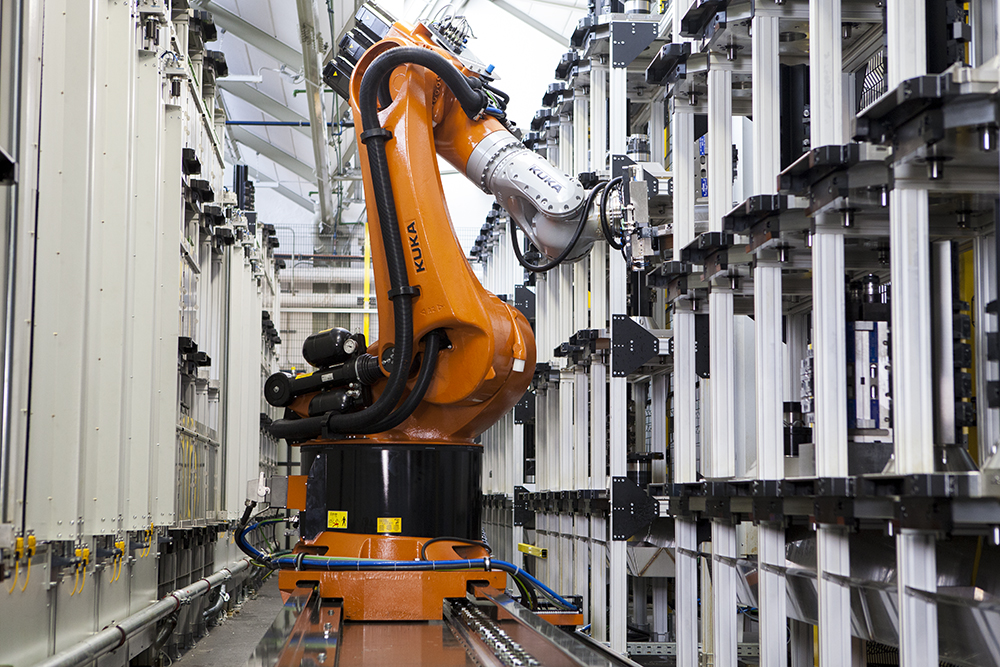 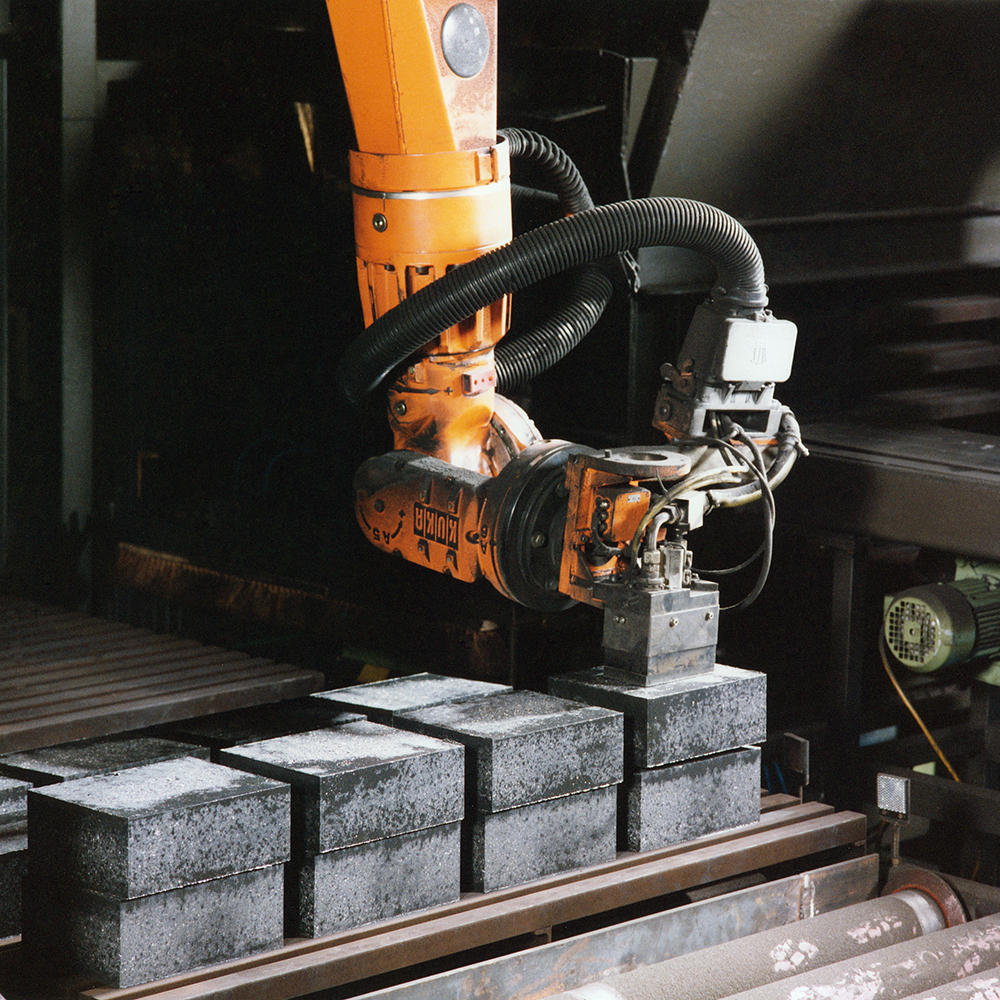 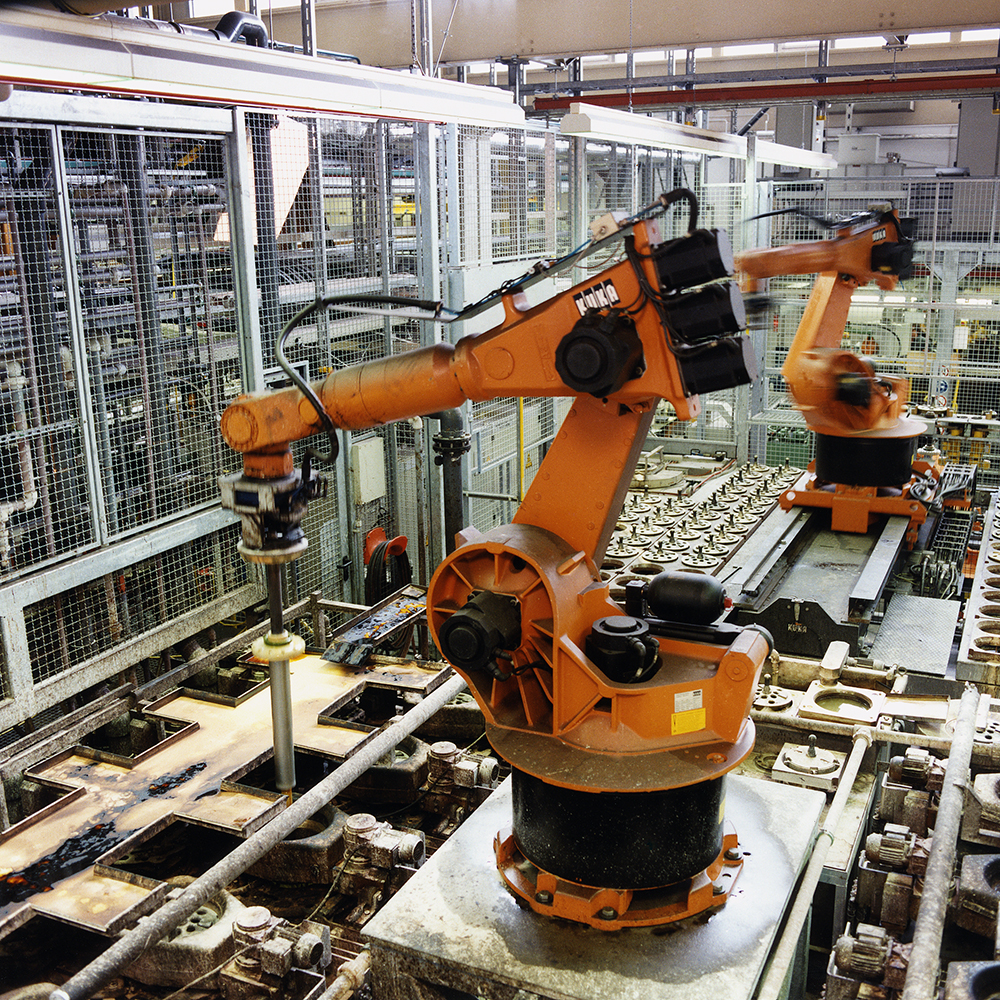