Will changes in power systems be detrimental for nuclear? 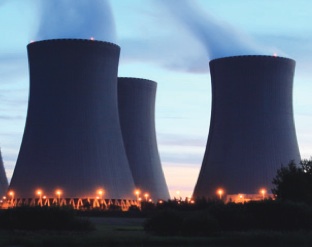 Within the developed world, we may not reach a fully distributed electricity supply system, but there are some fundamental changes taking place today. Steve Kidd looks at how will these affect the prospects for nuclear power.

The old concerns about supply failing to meet demand for power have largely gone away and we suddenly have relative abundance.

Energy saving has become very important with the latest household goods much more efficient than those of the past. There was a tendency to think of electricity as a "free good" like water, with a risk that large quantities would be wasted, but today there is a greater recognition that there are real costs involved in getting adequate supplies to the customer. Another increasingly important area is storage of power. Intermittent renewable energy sources need this to reach their full potential and important gains are now being made in battery technology. Flattening out the load curve is possible with "smart metering" but it is unknown at present how rapidly the plans for this can be rolled out.

The advent of unconventional gas has had an enormous impact on the power business in North America while in Europe it is renewable energy that has dominated. Transmission costs for electricity are also now plunging, thanks to solid-state technology which makes efficient direct-current (DC) circuitry safer and more flexible.

The result of these changes is that the old model of the electricity industry is breaking down and rapidly so in some countries. For the established power utilities, the business model has to change. It is therefore only in a relatively small number of bigger developing countries that nuclear has much chance.

The full version of this article was published in the May 2015 issue of Nuclear Engineering International. It is now available online