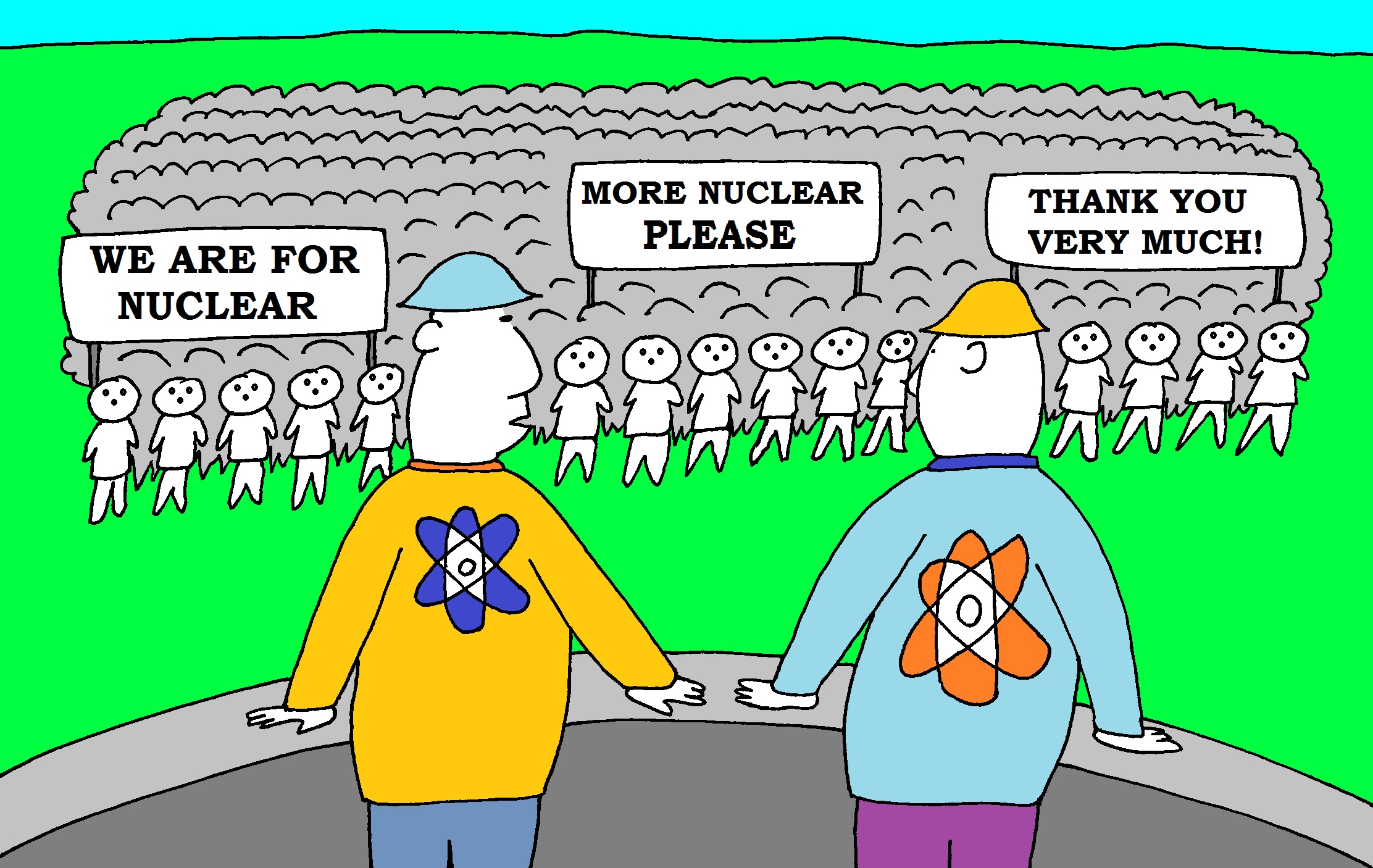 When this column is published the world will be two weeks on from the Global Climate Strike, which will have seen more than 2500 registered events across 117 countries lasting a week in total. It will have been the largest expression so far of the School Strike for Climate movement started by Greta Thunberg in August last year.

At the same time another mass movement will also be reaching its greatest expression to date. Extinction Rebellion (XR), which shut down five central London sites in April, will begin a repeat performance. This time it aims to hold the areas for at least two weeks. It is the fastest growing environmental movement ever, and you can expect similar activity in dozens of other cities worldwide when it  launches its International Rebellion.

The growth rate of these movements is staggering. Veteran Greens have told me that XR dwarfs all other environmental movements they have seen. No other group has drawn in so many supporters, spread so fast, been so prolific in its demonstrations, or recorded immediate recognition and success. The secrets behind its growth are the simplicity of its demands: that governments must ‘Tell The Truth’ by declaring a climate and ecological emergency; that governments must ‘Act Now’ to halt biodiversity loss and reduce greenhouse gas emissions; and that all this must be put ‘Beyond Politics’.
Who doesn’t have sympathy with those? Already in the UK it has pushed parliament to declare a climate emergency and now it seeks to make sure commensurate policy decisions are made. In parallel, the language of several newspapers has changed to describe the changes to temperature, weather and the run of species extinctions as an ‘environmental crisis.’

Protest seems ubiquitous these days. While XR spawned from the UK, the Gilets Jaune have become a permanent feature in France. In Asia the protestors of Hong Kong show how people online can be resilient and inventive in their organisation. These movements are towards different ends but as ongoing, decentralised, leaderless movements their examples stand to become the new normal. Perhaps it is no coincidence that when XR occupied London’s Westminster Bridge to call for ocean protection the protest was dubbed ‘Be Water’, the same advice from Bruce Lee that Hong Kongers made a guiding principle of their demonstrations.

The world is big enough that climate effects, real and imagined, are reported constantly on one continent or another. Guilt and loss leaves us confused about whether things are really getting worse, or merely seem to be so. Personally, I’m of the mind that the ‘wrong way’ is the current net direction of travel. In any case, it is clear that the public has a growing sense of environmental anxiety that will influence our society.

We shouldn’t be surprised by this. If what we know about climate change is right, and as the effects begin to manifest — for example wildfires in the Arctic — isn’t it natural for the public mind to go through a powerful spasm as reality sinks in?
Is it a good thing if huge new movements like XR and the School Strike are the start of a universal public reaction to climate change? I assume readers think nuclear energy needs to be part of the response.

There are big differences between today’s movements and the incumbent environmental movements such as Greenpeace, Friends of the Earth and the Green Party. The new movements are decentralised. There is no leader, no elite council and no membership ballot that sets policy on what’s next or how exactly it should be done. If you see a protest sign with a specific message, it is because a group of likeminded people decided on it, not because of any top-down policy. For the moment at least, the groups’ focus is forcing leaders and decision makers to take climate change seriously. For XR the calculation is specific: they believe that system change becomes possible, even unavoidable, if they can get 3.5% of people active on the topic.

Building the widest base means there are few messages on specific solutions. While one can expect, based on general social preferences, that nuclear energy would not be very popular in activist circles, the platforms themselves are essentially technology neutral. That is extremely good news for nuclear.

XR’s principles and values include: ‘we welcome everyone’, ‘we avoid blaming and shaming’, ‘we value reflecting and learning’ and ‘we openly challenge ourselves’. That is very good news because it means you have been made explicitly welcome to attend their meetings, no matter what your background, occupation, views or diet. Inspired by those principles after XR’s April action I tested the water at my local group and was among several newcomers who said XR is the first environmental movement we felt we were actually allowed to join.

None of this means your experience at a School Strike or XR action will be free from questions and conversations that might be challenging. I have attended several XR meetings as well as some local actions and the topic of my work has come up a handful of times in post-meeting small talk. On one occasion it uncovered fundamental disagreement. On others it was acknowledged as one part of the picture and not pursued. Each time it led to a stronger bond with the group members I was talking to. I have heard from nuclear supporters who have had to speak up to avoid anti-nuclear co-opting of their group, and from others who found a humble attitude allowed them to blend in easily. In these situations the conversation is usually on current environmental issues and taking action to make a difference. Therefore, because nuclear has such a low environmental footprint and is one of the more responsible industries of the world, there’s no need to talk about it anyway.

On the other hand, putting things ‘Beyond Politics’ has had a spotted track record over the last few years. One such exercise followed the election of Korean anti-nuclear President Moon Jae-in and helped shape his policy for the better. He originally wanted to abandon nuclear power within 40 years, scrap the oldest unit — Kori 1 — and end construction of the new APR1400s at Shin-Kori 5 and 6. However, he decided to employ a Citizen’s Jury of 471 people randomly drawn from the population and representative of Korean demographics as a whole to evaluate the policy. It decided by a 60% majority to continue construction of Shin-Kori 5 and 6. However, there was still a 53% majority in favour of Moon’s general aim to reduce nuclear supply — it currently supplies one-third of the country’s total power.

A couple of years ago, two Citizen’s Juries in the state of South Australia looked at the state’s potential involvement in the nuclear fuel cycle, and specifically the idea of hosting a profit-oriented spent fuel disposal facility for fuel from other countries. The first Jury of 50 considered a Royal Commission report and identified the issues to be discussed by the second Jury. That group of 350 then focused on the question, ‘Under what circumstances, if any, could South Australia pursue the opportunity to store and dispose of nuclear waste from other countries?’ In short, it decided against the idea, mainly for reasons of unclear economics and lack of aboriginal consent. Insiders said the process had been generally positive and pragmatic before being somewhat hijacked by determined opponents at the final stage.

There is no panacea in decision making, but these emerging systems of organisation and consensus building are fascinating and sure to be explored further. Whatever happens, we should prepare for public discourse on climate change and the energy system to broaden enormously, and activism to become almost mainstream.
The way is now open for supporters and hands-on experts in nuclear power to contribute alongside many others who previously felt excluded from activism. It’s a chance not to be wasted. Even aside from first-hand knowledge of energy, these new groups would benefit from the scientific literacy, pragmatism and organisational skills that nuclear workers would bring.

At the end of one difficult conversation after XR, the most effective statement I managed to make to a sceptical and well informed person was: “If I can tell you one thing about nuclear energy it is this: every single person working in the nuclear industry is pulling as hard as they can for clean air and a healthy environment, and they all want governments to take some action to clean up the energy system. You might be far apart on methods, but the goals are the same and they are all potential allies.”