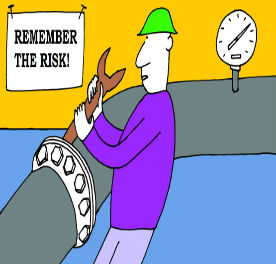 There is a limit to fact-based communication, so industry should connect on values and create a compelling vision of nuclear energy, says Jeremy Gordon.

If you are unlucky you will have seen a report that says on average the world’s nuclear power plants each have a net present value of minus €4.8 billion. I confess I classified this as obvious nonsense and saved some sanity by not pursuing the matter further. Who would believe a report obviously constructed to produce a predetermined kind of result? The answer is, ‘Someone who already believes it.’

If you were to read the report, next might come the task of debunking it — fighting facts and figures with more facts and figures, none of which have any persuasive power on the one who believes the report because it agrees with their worldview. With the -€4.8 billion figure already sitting snugly in their mind, the more you try to disprove it the more they will dig in to preserve their bigger picture.

We may also ask who would ignore such a report on instinct? Someone like me who already believes the opposite, of course! Nevertheless, I can objectively assure you the report, by DIW, the German Institute for Economic Research, is appalling.

Facts certainly have their limits, as the scientist Neil de Grasse Tyson found when he listed common forms of death — such as medical errors, the flu and car accidents — which are more likely to take the lives of Americans than gun attacks like those at El Paso, Texas and Dayton, Ohio. “Often our emotions respond more to spectacle than to data,” he said, hoping to make people feel better. You’re right; it didn’t work out very well for him.

Who do you think makes this mistake all the time? The nuclear industry.

The classic examples are stating the probability of a core melt as a weird kind of number, and graphs that point to fewer fatalities per TWh than other forms of energy.

These facts serve more to contextualise the huge volumes of electricity that nuclear plants have produced than the deaths it has caused. Because, let’s be honest (and we have all watched HBO’s Chernobyl now, right?), death by radiation is one of the worst things that can possibly happen to someone. If you ‘get off lightly’ with cancer, that is still not something to celebrate. In any case, not killing people is hardly something to boast about.

Risk perception expert David Ropeik explained the situation using nothing more complex than a dictionary: “The definition of risk is ‘the chance of something bad happening’. Chance, probability, is calculable. ‘Bad’ is inescapably subjective. Risk is how we feel about the facts, not an objective view of the facts alone. That’s not how we think.”

In the end, fact-based communication will only get you so far, because people make decisions and form their idea of the world based on a cocktail of facts, values, beliefs and stories, blended to their own personal ratio. So while you have to ground yourself in reference to a factual description of reality, you also have to communicate the rest — because they explain why this industry does the things it does.

Our highest priority is to provide the energy that society needs on a daily basis, as well as a little headroom for growth and contingency. After that, it comes down to avoiding problems: expensive imports of energy and fuel; the insecurity that comes with reliance on other jurisdictions; and the pollution from fossil fuels that harms our health and messes up the atmosphere. Thirdly, seeing as we have this method of nuclear generation of electricity, there are specific benefits that come with using it: longer-lasting jobs, which are better paid and more highly skilled than usual, both inside the industry and in the ecosystem of manufacturing and services that support it.

None of this is new, but a potential paradigm shift awaits the industry if it could convince others that those are its real goals — not simply grinding out electricity to make profit for massive corporations — and that nuclear energy is rooted in twin values: helping society to progress and building a future of abundance in a clean environment.

It is important to develop a vision of the kind of future that nuclear energy could create that is compelling enough to compete with the current default visions of a world tossed about by extreme weather and drowning in a plastic tide of social degradation.

The Nuclear Reimagined project, by Third Way, did exactly this in 2017. It put forward attractive imagery of future nuclear systems collaborating and integrating with other infrastructure to provide what people need: redevelopment of a former manufacturing zone; always-on electricity at an urban transit hub; desalination and power in a hot climate; reliable heat and power in a cold climate. I wish we could hear and feel the scenarios as well as see them, because visions that reach deeply into their audiences need every form of expression.

Future gazing is not only about small reactors, which could be expected to be an easier fit for collaboration, it is possible for large projects too. Third Way’s desalination example was based on a 1000MWe unit enabling growth of a new nearby city with clean power and water. In real life, it is clear that the Barakah project in the UAE is part of the Abu Dhabi leadership’s overall goal to define a future as an international hub for knowledge and services. An EDF subsidiary is developing large-scale hydrogen production through electrolysis, which could potentially partner its nuclear power plants and turn them into something more like an energy park.

In these scenarios the organisation providing the nuclear power is just one of many actors working in their own ways towards a common vision of progress. To make this a reality demands long term relationships based on social values of progress and a consistent effort to seek out partners, in addition to the stakeholders the industry is already good at engaging with — the buyers of electricity, the inhabitants of the same geography, and the education providers, for example.

Nuclear power organisations must find ways to collaborate with other groups that hold values in common, work towards social goods, and thereby earn the trust of people working towards the kinds of future that nuclear can help to build. Elizabeth Sawin of Climate Interactive champions this and says it can create webs of diverse allies ready to act together in response to threats or opportunities with, crucially, the political capital to steer decisions that none of them could influence alone.

Doing something like this would mean continuous investment in activities outside of business as usual, and those not related to nuclear or even to energy. But they would be worthwhile to increase the reach of the industry. Despite hugely contributing to wealth and development, nuclear is rarely credited. The innate density of nuclear fuel and facilities means they are too small and remote to have any realistic meaning in most people’s worldview.

There would be no way to do this without human relationships built by investing in professionals to put in many miles on the road and a lot of respectful listening. But every individual in the industry can also play a role in connecting on values. We all experience small-talk situations where we have those conversations about nuclear energy with someone we have just met. Sometimes they go quite badly. Better than finding ways to minimise these is to master them by explaining what you do — and why — in the most personal terms you can.

You have to begin with your role at work: what you actually do. You have to use the most widely understood terms that you can and it is no problem at all if that means simplifying and skipping some parts. Then be sure to include what it is actually like to be doing that all day. Are you in a warehouse, or an office? Is it all about spreadsheets, or are you meeting people? Is it noisy? Is it hot? Do you travel? Find a way to let the other person into your world.

You also need a way of saying why your role is needed – how it helps overall, both in terms of running a successful organisation and in terms of the industry’s needs and goals. The catalyst that now brings this picture to life is something personal to you. What is it about your personality that led you to this work? Were you inspired by a certain person or event to take this route? Did you overcome a challenge to get where you are? Those kinds of things are far more interesting than nuclear energy and your conversation will probably (although I can’t promise) proceed in that context.

By communicating about nuclear in personal terms you will have placed it in a human context, centred on the all-important reasons why we do this. Don’t forget, the nuclear industry is so small, there is a distinct possibility their conversation with you will be the only direct contact the other person ever has with it.

Cartoon by Alexey Koveynev: “I always feel the risk. I don’t care about the facts.”