Towards a new safety promise - reflections on the IAEA Fukushima report 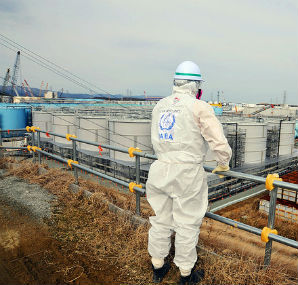 Over four years on from Fukushima, Agneta Rising, director general of the World Nuclear Association considers the lessons from the accident. There is a need to acknowledge some simple truths if we wish to genuinely improve nuclear safety and ensure public well-being more effectively in the future.

There is an authority to the International Atomic Energy Agency's report on the causes and consequences of the Fukushima Daiichi nuclear accident, delivered to member states in May. While much of the information it contains will not be new to those who have tracked the official and expert reports produced by Tepco, accident investigation bodies, the United Nations Scientific Committee on the Effects of Atomic Radiation (UNSCEAR) and others, having a single authoritative account of all the facets of the accident makes the IAEA report indispensable.

Not only does the IAEA underline the current state of knowledge about the accident and what happened afterwards, it also provides high-level recommendations on what needs to be done next. There are lessons for the nuclear industry, government (at all levels), regulators, radiation professionals, emergency workers - everybody it seems except the general public. This is perhaps the document's one shortcoming. For behind the technical jargon and sometimes philosophical considerations, the report contains some simple truths that everyone deserves to know. In this article I wish to highlight some of these while adding my own reflections.

Without question the Fukushima Daiichi nuclear accident was highly disruptive and doubly difficult to deal with in the aftermath of the massive natural disaster which preceded it. As IAEA director general Yukiya Amano writes in the foreword: "The immense human impact of the Fukushima Daiichi accident should not be forgotten. More than one hundred thousand people were evacuated because of the release of radionuclides to the environment. At the time of writing, in 2015, many of them were still unable to return to their homes."

Given such a response one could be forgiven for thinking that the nuclear accident was a disaster of almost equivalent magnitude to the earthquake and tsunami. The evidence tells a very different story. For while over 15,000 people were killed by the natural disaster and 2500 people are still listed as missing, how many people did radiation kill or even injure? And how many is it expected to? None.

"Radiation released from the Fukushima Daiichi nuclear accident...is not expected to noticeably shorten even a single human life."

The report repeats the conclusions of UNSCEAR, which states that there were no immediate radiation fatalities and that "no discernible increased incidence of radiation-related health effects are expected among exposed members of the public and their descendants." This is even true for emergency workers, despite the fact that they received higher doses.

It is worth thinking deeply on this. Radiation released from the Fukushima Daiichi nuclear accident - undeniably the biggest media event of 2011 - is not expected to noticeably shorten even a single human life. When this fact is considered alongside UNSCEAR's conclusions on the Chernobyl accident then it should lead us to question some very basic assumptions about the dangers posed by nuclear accidents and how we should respond to them in the future. It is time that we dispense with the accident myth. Reactor melt-downs are not uniquely dangerous industrial accidents. Radiation impacts are typically limited, diminish rapidly with space and time, and can clearly be protected against.

The report goes on - again quoting UNSCEAR - to state "the most important health effect [from the accident] is on mental and social well-being, related to the enormous impact of the earthquake, tsunami and nuclear accident, and the fear and stigma related to the perceived risk of exposure to ionizing radiation."

The most important health impacts of the nuclear accident were not caused by radiation at all, but by the strong reaction of all levels of society. The Japanese people and government reacted strongly to the radiation released from the Fukushima accident and the stress and trauma caused by this reaction led to great harm. This is the real tragedy of the accident. The Japanese government should not be faulted for their reaction and neither should the people of Japan. Nor does fault lie with the radiation science community which, despite having gained similar knowledge from the Chernobyl accident, struggled to make this message widely known. It is a collective failure, yet it is one that we must learn from and work hard to avoid in the future.

The IAEA report makes the following recommendations in relation to improving the response to radiological emergencies, which now need to be discussed and developed in detail:

I interpret this as meaning we need to work out now what protective measures are truly beneficial and how long we expect them to stay in place after an accident occurs.

'Protective measures' sound harmless but in truth they come with potentially devastating consequences. The IAEA report mentions the "difficulties in evacuation" in the wake of the natural disaster and that "There were also significant difficulties encountered when evacuating patients from hospitals and nursing homes within the 20km evacuation zone." Furthermore, the evacuation and distress caused by long-term displacement took a substantial toll on public health. While the government is now planning to remove the majority of exclusion zones, this surely should have happened much sooner. Beyond the evacuation, many protective measures resulted in economic and social consequences that reinforced the damaging psychological consequences of the accident.

The accident and nuclear safety

There is no need to describe the sequence of events or failures that led to the accident and the subsequent high-level recommendations prescribed by the IAEA. Those interested should certainly read the report. However two points stand out to me.

"No country need exclude nuclear energy as an option based purely on ground seismology."

Firstly, while the accident's direct cause included multiple initiating events, an earthquake and a tsunami both of greater magnitude than the plant was designed for, the report notes: "There were no indications that the main safety features of the plant were affected by the vibratory ground motions generated by the earthquake..." So, during an earthquake that moved the main island of Japan 2.4m to the east, a 1960s design nuclear reactor survived intact ground acceleration 20% greater than its specifications permitted. Earthquakes are clearly one external risk factor which industry has addressed well. No country need exclude nuclear energy as an option based purely on ground seismology.

In contrast, the report notes: "the original design considerations did not provide comparable safety margins for extreme external flooding events, such as tsunamis." In other words, for everyday purposes we can now say that the tsunami was the direct cause of the nuclear accident. The earthquake played a minor role by disrupting off-site power lines and shutting down the reactor, but without the tsunami there would not have been a nuclear accident.
The report continues, "Worldwide operating experience has shown instances where natural hazards have exceeded the design basis for a nuclear power plant. In particular, the experience from some of these events demonstrated the vulnerability of safety systems to flooding." Improving flooding defence should be an industry priority. Fortunately there are steps that can be taken here. Improving flood barriers, waterproofing key components and equipment, sourcing mobile backup equipment, and for new plants simply siting them at slightly higher elevations from nearby water bodies, should reduce risks.

The second point of interest concerns the principle of defence in depth. This principle, central to nuclear safety philosophy, requires that there be multiple diverse and independent systems to provide protection against possible accident. In its recommendation the IAEA stresses, "There is a need to focus not only on accident prevention, but also on improving mitigation measures."

There are two basic components two risk - likelihood and impact. At the moment operators spend most of their safety resources trying to avoid a core damage event (i.e. reduce likelihood), but in the light of back-swan natural disasters we have arguably reached the point of diminishing returns, especially for older plants. Shifting the focus even slightly to mitigation (i.e. reducing impacts) opens up new possibilities for improvement. The straight-forward step of educating decision-makers on the real risks of radiation should help mitigation efforts, by ensuring that protective measures do more good than harm.

Further reducing the likelihood of an accident may not help with social acceptance as much as industry traditionally thinks. While it is true that people tend to judge a potential loss (such as an accident) as more important than benefits (such as reliable, clean-air, energy), there is little to indicate that this perception varies in accordance with a revised probabilistic risk assessment.

After the accident, the Japanese nuclear industry confessed to being overconfident in the intrinsic safety of nuclear technology. This 'safety myth', as it is commonly known, deceived the public and contributed to a weakening of Japanese nuclear safety culture. Since the accident Japan's nuclear operators have made huge strides in improving all aspects of nuclear safety, but there is a problem - the public will never again accept that a nuclear accident cannot happen. That promise has now been broken.

I think it is time to develop a more mature nuclear safety promise, based on what we have learned from major nuclear accidents and public radiation protection. This promise must accept the possibility of future nuclear accidents but also seek to reduce their major impacts - psychological, social and economic. This promise cannot come from industry alone but must be committed to by government, regulators and radiation professionals. Ensuring public well-being is a joint responsibility.

Amano concludes in his foreword "There can be no grounds for complacency about nuclear safety in any country. Some of the factors that contributed to the Fukushima Daiichi accident were not unique to Japan. Continuous questioning and openness to learning from experience are key to safety culture and are essential for everyone involved in nuclear power. Safety must always come first."

These are strong words but they are intended mostly for nuclear institutions and leave one important question yet to be answered. What does nuclear safety mean to the public? In my opinion it means we must remove the very concepts of 'forever' and 'never' from future nuclear accidents. We need to put to rest once and for all two myths: that nuclear accidents cannot happen, and that nuclear accidents are uniquely dangerous.