The renaissance – what happened? 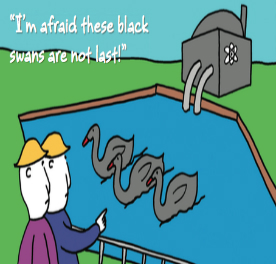 Ten years ago, there were huge aspirations in the industry for a nuclear renaissance, but it has not materialised. Steve Kidd looks at three factors that have adversely impacted the growth of nuclear.

Following a period of rapid growth in the 1970s and early 1980s, nuclear power experienced a marked slowdown from the late 1980s onwards. New reactors coming online began to be balanced by closures, so nuclear generation began to level-off. The reasons for the slowdown are many (see July 2013, ‘Nuclear slowdown – why did it happen?’) and it was not just due to the lingering impact of the accidents at Three Mile Island (1979) and Chernobyl (1986). There were a mix of economic, political and technical factors that lay behind nuclear power going out of fashion.

I joined the industry in 1995 and there was certainly an air of gloom at key meetings. One reason was the rising tide of electricity liberalisation that threatened to expose many operating reactors to the harsh winds of competition from other power generation options.

Things took a turn for the better in the early years of the new century. The earliest I can recall hearing the term “nuclear renaissance” was in about 2001, referring to a possible industry revival in the established nuclear countries over the next decades. The reasons for this included unwelcome volatility in fossil fuel prices, new Generation III reactor designs (designed with better safety and economy in mind) and the new concerns about greenhouse gas emissions. One practical factor was that in many countries where operating performance of reactors had been relatively poor, power sector liberalisation seemed to have pushed reactor capacity factors sharply upwards. The USA was a good example of this: fleet capacity factors initially at 60-70% improved until most of the fleet was achieving over 90%.

There were signs of the renaissance in the USA. Between 2007 and 2009, 13 companies applied to the US Nuclear Regulatory Commission for construction and operating licences to build 31 new nuclear power reactors. The Energy Policy Act of 2005 offered the nuclear power industry financial incentives and economic subsidies such as loan guarantees, cost-overrun support totalling up to $2 billion across the industry and the extension of the Price-Anderson Nuclear Industries Indemnity Act through to 2025. On the regulatory side, early site permitting and combined construction and operating licences made things easier for new projects.

It is clear 15 years on, however, that the revival has not happened. Although the number of reactors under construction around the world is higher than it was then, this is largely down to China and India, plus a revival in Russia after the former Soviet Union fell apart. The USA provided the only solid example of a rise in reactor orders, but of the 31 only four began construction and only the two units at Vogtle in Georgia are still actively at work. Even they are much delayed.

The decision in 2017 by two utilities to scrap the expansion at the Summer station in South Carolina can be viewed as the end of the renaissance dream. But as recently as five years ago, then-energy secretary Steven Chu visited Vogtle and declared the project the start of “the resurgence of America’s nuclear industry” and a critical part of President Obama’s energy strategy. The obvious question is “what went wrong”?

There was a degree of industry hype about the renaissance. It was talked up by an insular industry with its back against the wall. It also never spread very far beyond the USA, with European countries markedly less confident from the start. Some of the claims made for the Generation III reactors, particularly the costs, look laughable in retrospect. But the industry can at least claim there have been three significant events about which it could do very little and which have adversely affected its prospects.

The first of these is much cheaper natural gas prices, initially in North America but increasingly in other countries as the gas market becomes, like the oil market, much more globalised. The economic exploitation of shale gas deposits has transformed the economics of gas-powered generating stations and threatened the survival of US nuclear plants.

It was always thought that once the heavy capital investment and interest due had been paid, nuclear plants would always have operating costs (including fuel) at the low end of the spectrum. Even substantial capital investment to replace key components such as steam generators and turbines could be covered. Now the position is different. US plants in competitive power markets (many, particularly in the south, are still in regulated markets) are finding it difficult to compete with gas plants. Some have already closed and perhaps another 25-30 are threatened by 2030. Cheaper gas has not yet become a big factor in Europe or Asia, but it is only a matter of time before some impact will be felt. It certainly makes new plants hard to justify economically.

The second factor is the rise of renewable energy. With the benefit of widespread public subsidies to promote clean energy, the cost of wind and solar power has tumbled. They have both begun to push down wholesale power prices when they are operating and displace other modes of generation, including nuclear. Competition from renewables has been a factor more in Europe than the USA, and it has largely been wind power to the fore. But renewables have now begun to play a more substantial role in many US power markets, particularly in the sunny south west.

As shares of intermittent renewables rise, it gets increasingly difficult to integrate them in traditional power markets. Gas-fired generation has advantages over nuclear in matching the peaks and troughs of wind and solar supply. Load following with nuclear is technically possible but economically less than optimum for high-capital-cost investments that should to operate continuously to pay back investment. It may be claimed that the nuclear sector has supported renewable power by proposing “balanced energy strategies” in the context of battling carbon emissions – but with strong public support measures, it was going to boom anyway.

The final issue is of course the accident at the Fukushima plant in Japan in 2011.

This clearly had a detrimental impact on public and political confidence in the industry, while encouraging additional regulatory activity which has increased the costs of building and operating plants. Confirmation of a German nuclear phaseout immediately after the accident was an extreme reaction but the accident seemed to confirm in many people’s minds all the scare stories they had learned about nuclear. Hence it has been profoundly unhelpful to the nuclear cause in prospective nuclear countries and those with mature reactors battling to carry on operating for another 10 or 20 years.

Whether the accident and its aftermath can be seen as wholly out of the industry’s control is debatable. The earthquake and tsunami were clearly exceptional events but the plant had not been well maintained by Tepco, its owner-operator. There were some seemingly quite obvious safety flaws in the design, notably the siting of the backup diesel generators in an earthquake/tsunami prone zone. Similarly, the reaction to the accident by Tepco and the Japanese authorities has been inept, especially the unnecessary evacuation of thousands of people.

All these events could have been managed a lot better if the industry had put its own house in order. There were mistakes in new plant construction (combined with wider questions over economics) and a flawed communications strategy based on the climate change argument.

The industry now has to answer basic questions such as how it will fix construction cost problems of current reactors; how it will deliver a new generation of cheap, failsafe designs, and how nuclear fits in a grid dominated by cheap, variable renewables.

Construction experience with the Generation III designs in the western world has been frankly disastrous. The industry has seemingly forgotten how to manage large projects during the long fallow years. Olkiluoto, Flamanville and Vogtle are all long delayed and way over budget. The industry’s economic problems have been much discussed in these columns and the answer would seem to lie in building fleets of standardised large reactors, as the French did in the 1970s and 1980s and the Chinese are working towards today. This is the opposite of what the UK is doing with its current new-build programme.

It will be difficult for the industry to move to the next generation of reactors, such as small modular reactors without investing in a programme of today’s designs first.

The question on renewables will perhaps sort itself out once policy makers realise that it should be the intermittent renewable power generators who fit in with the grid, rather than vice versa. They should be forced to guarantee power despatch by providing backup power, whether from large batteries or insurance policies with peaking power plants. Then the full costs of renewables will become transparent.

The flaws in the industry’s public communications have also been much discussed in these columns, notably the climate change message. The nuclear renaissance in the early years of this century was hijacked by individuals more concerned about going down in human history as saviours of the world, without any deep knowledge or concern about nuclear. Many nuclear bodies, and various national associations, suffered in this way. Even today, we have many former environmentalists who have embraced nuclear as some kind of “last resort”. Fervent belief is all they bring, as these people have little understanding of the commercial realities of nuclear power.

The whole climate change process has become an international bureaucratic nonsense and it seems unlikely that nuclear will gain much from any measures in response. The environmental case for nuclear is better rooted in its potential to clean up the air in Chinese and Indian cities and its good stewardship of the Earth’s resources, and in saving valuable hydrocarbons, which have important alternative uses.

Nuclear’s biggest selling point remains that it can produce huge quantities of power reliably and cheaply, if it is done properly. It should avoid getting caught in anything involving more costs, government intervention, taxes and similar, which is where the climate change argument inevitably ends up.