The paradigm of fear - how can this be overcome? 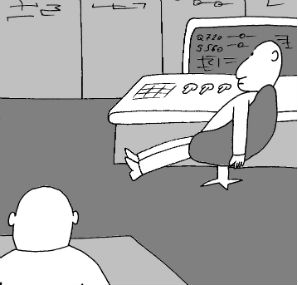 Steve Kidd looks at how fear, a key problem killing the prospects of nuclear power can be overcome.

We may pose three questions. (a) "Should nuclear power play a more substantial role in the world's energy mix in the 21st century?" (b) if yes, "Is this likely to happen?" and (c) if no, "How can this be overcome?"

World power demand is set to carry on growing rapidly, while more people are set to live in large cities. This provides a good backdrop for nuclear to overcome the challenges posed by fundamental power market changes such as liberalisation and the onset of mass distributed generation from renewables. Nuclear's key USP has always been that it can provide huge quantities of power from a very small initial fuel input, both securely and with little environmental impact.

The history of nuclear power from the 1950s to today has been dominated by a paradigm of fear. People understandably have a deep fear of any incremental levels of radiation, which is backed by a perverse regulatory regime. Even in countries such as the UK and USA where the fear is more latent than actively expressed, its influence dominates the regulatory side of nuclear and effectively also its economics. Most of the arguments used against nuclear power rely on this paradigm of fear to gain any traction. Until it overcome, there is zero chance of nuclear power ever achieving its justified place in world energy.

The transition to a new paradigm will be difficult and could take many years. As a first step, the industry must abandon its existing failed attempts at swinging public opinion behind it, notably the focus on nuclear and climate change which has backfired. It needs to concentrate resources on both educating the general public about the nature of radiation and steering the international radiation protection system away from the flawed linear no threshold (LNT) model.

The full version of this article will be published in two parts in the Spetember and October issues of Nuclear Engineering International.