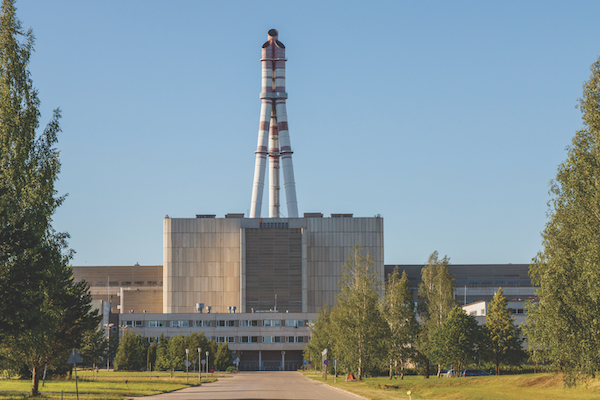 In December 2004 and 2009, the energy map of the Baltic region was fundamentally redrawn as a result of the two nuclear reactors at Ignalina in eastern Lithuania being prematurely closed down.

The closure was a condition imposed on the country by the European Union in order to join the EU, which Lithuania did on 1st May 2004. This would prove a controversial trade-off, and one that would have considerable consequences for decades to come.

Construction of the Ignalina Nuclear Power Plant began in 1978, with Unit 1 being commissioned in 1983, with Unit 2 following in 1987, and Units 3 and 4 was cancelled following the Chernobyl accident.

Ignalina was in many ways a quintessentially Soviet project, being designated to provide electricity not only for Lithuania, but for much of the Baltic republics and the Kaliningrad exclave. Its reactors were in most aspects very similar to the fateful 4th reactor at Chernobyl that’s made the RMBK design infamous globally.

However, the links with the Chernobyl accident does not end with similar reactors. In many ways, Ignalina held many of the keys needed to prevent the events on 26th April 1986, but they were lost in the Soviet bureaucracy. As operators were starting up Ignalina 1 for the first time in December 1983, the design flaw that significantly contributed to the Chernobyl accident was discovered for the first time. As the control rods were inserted into the core, power spiked due to the graphite tips on the rods, but operators were able to insert the rods all the way and Unit 1 began operations as planned. Whilst the issue was noted and the information distributed to other power plants across the Soviet Union, no changes were made until after the accident. Ignalina was retrofitted, and could have continued to operate for many decades, like many RBMK reactors.

With the fall of the Soviet Union, in some ways hastened by the protests in Lithuania, Latvia and Estonia, the geopolitics in the Baltic region shifted considerably, which left Lithuania with a considerable dilemma: closer ties with the EU on the one hand, and energy independence on the other. Historically, few countries have been as dependent on nuclear power as Lithuania. When the compromise decision with the EU to prematurely close down Ignalina in 1999, the country received approximately 75% of its electricity from nuclear power, and one of the main Lithuanian exports was indeed electricity.

Lithuania went from being self-sufficient on electricity, to being almost entirely reliant on imports, especially from Russia – until the 2014 Ukraine War led to the decision to urgently move away from dependence on Russia. The closure also led to a major spike in electricity prices, greatly increasing energy poverty in the country – something that invariably will have cost lives, especially amongst the elderly.

The part often forgotten in this story is that Ignalina was meant to be replaced by a new reactor at Visaginas, but despite the many conversations, it has yet to materialise. This has been driven by factors such as first-of-a-kind construction concerns, the relatively small size of the country, and increased politicisation following Fukushima Daiichi.

Public opinion has also been fascinating, with a 2008 referendum on whether or not Lithuania were to postpone the closure of Ignalina 2, with a clear (91%) majority in favour of the proposal. However, it did not meet the required turnout, and thus failed. Interestingly enough, in 2012, a second referendum was called on the Visaginas project, with a majority (65%) voting against it. Again, it failed to reach the required turnout.

In many ways, Lithuania acts as a cautionary tale – premature closures of nuclear power plants often increase electricity prices considerably, exacerbating energy poverty (and ultimately costing lives), and unless replaced by other reliable energy sources, decreases energy independence. Whilst the Baltic region has become increasingly interconnected with Northern and Central Europe, Ignalina was meant to be replaced by a new nuclear power plant at Visaginas – but this has yet no materialise. Today, Lithuania must import approximately 70% of its electricity, with Sweden having been a major supplier – but with Sweden’s premature closure of four reactors and the increase electricity demands forecast as deep decarbonisation takes off, Lithuania’s long-term prospects are uncertain.