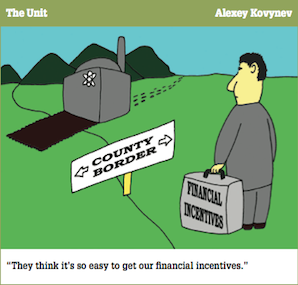 South Korea is undoubtedly an amazing economic success story and contrasts markedly with North Korea, which is
never far from the news for other reasons. The establishment of big international brands by the conglomerate “chaebol” companies, such as Samsung, Hyundai and LG, is very impressive. The domestic nuclear programme has also progressed well, to the extent that Korea is now a serious contender in the reactor export business. The project to build four APR1000 reactors in the UAE has gone very well, and the units are set to come online over the next few years on time and budget.

Korea’s success in nuclear can also be seen as something of a model for China. The first stage was to take in the best reactor technology from around the world, build domestic units and learning from it. The next task was to come up with a national reactor design, which could be built locally using a domestic supply chain and with only limited assistance from overseas. The final stage is to export the technology. The Chinese are about five years behind the Koreans, as their first domestic Hualong reactors are still only partially built, and their involvement in overseas nuclear programmes (with the exception of Pakistan) is still at a relatively early stage.

The main theme of my last article devoted to Korea (August 2012, ‘Nuclear programmes – can only “odd” countries succeed?’) was that there are some features of Korea’s success that make it an “odd” example, but there are many lessons that can be learned by other nations. Proper energy planning, and the will and means to put a big nuclear programme into operation are clearly crucial. A strong national consensus that a nuclear programme is necessary and possible is also important, as is the guarantee that support will not suddenly be withdrawn by political change. Inspirational leadership helps, as a lot of people need to pull together to develop the programme. And a willingness to take in experience from overseas and use it to local advantage is clearly important too.

Other lessons are standardisation of reactor designs and project management of major infrastructure investments, and these can be applied anywhere. I concluded that there would be a major benefit to nuclear power programmes in Europe and North America if any of the companies there could be more like Korea. Low reactor construction costs and strict adherence to fixed schedules are obviously the keys. Korean culture is clearly distinctive, but some of their success in nuclear must be transferable. But reactor projects in other regions continue to go badly wrong.

Last month’s article (May 2017, ‘The UK nuclear programme – does it make any sense?’) argued that the UK may be regarded as “odd” in the developed world because it has plans for new build. Cooperation with Korea would be a good idea, in particular, to gain from the recent nuclear construction experience. Maybe two “odd” countries could work together?

But there are clouds on the horizon for nuclear in South Korea. They relate to local community support for reactor operations, and stronger opposition at the national political level. Contentious issues include establishing a fifth reactor site and managing used fuel.

The Fukushima accident in 2011 had an adverse impact on sentiment towards nuclear power in Korea. Public opinion has generally been well managed, with a lot of attention from the national government and local operating companies. The latter have relied heavily on financial incentives as a means to persuade local communities to host nuclear facilities. These incentives are losing effectiveness amid growing anti-nuclear sentiment at a time when the government is planning to build more reactors, extend the licences of ageing reactors and construct spent fuel storage and disposal facilities. For example, for the restart of Wolsong 1, the operator Korea Hydro & Nuclear Power (KHNP) agreed to pay local communities 131 billion won (US$115 million) and with the Uljin county, it agreed a 280 billion won (US$245 million) financial support plan in exchange for the county’s cooperation on the construction of four Shin Hanul units.

But now local opposition to the Cheonji nuclear power plant has dampened Seoul’s prospects for opening a fifth nuclear plant site. There was an earthquake last year at nearby Gyeongju, which shocked the public. The site is only 70 kilometres from the epicentre of the 5.8-magnitude quake (the strongest ever recorded in South Korea), originating in the 170-kilometer-long Yangsan fault in the southeast.

There has been an intense tug-of-war between federal and local authorities over financial incentives for hosting a completely new nuclear plant site in a country that historically has had only four — Kori, Wolsong, Hanbit, and Hanul. It underscores the difficulty KHNP faces in building new reactors.

When it comes to managing spent fuel, KHNP is facing opposition to plans for dry storage at reactor sites that would relieve crowded spent fuel pools. Residents around the plants argue that dry storage will make them de facto hosts for interim or permanent storage if the government fails to develop central storage facilities. The Ministry of Trade, Industry and Energy has announced a plan to choose a single site for a central interim storage facility and permanent repository in 12 years, and projected it would take around seven years after that to build the interim storage facility, with operations commencing in 2035. The target date for a permanent repository is 2051.

The interim storage facility would not operate for at least 11 years after the spent fuel pools of the Hanbit and Kori PWRs are expected to be filled, hence KHNP’s plans to store thousands of fuel bundles from those plants in dry storage casks between 2024 and 2035, or beyond. PHWRs generate spent fuel more rapidly than PWRs, which is why Wolsong was the first of Korea’s four plants to fill its spent fuel pools and move to on-site dry cask storage. By 2019, the licensed capacity will be filled. Managing the shift to dry cask storage will certainly be challenging and local public opinion will have to be handled very carefully.

At the national level, the presidential election that was held on 9 May could eventually serve to change the fate of South Korea’s nuclear industry. The leading contenders all vowed to reverse the pro-nuclear policies the industry has enjoyed under conservative administrations for many years. At stake is at least 11.6GW of nuclear capacity, either planned or under construction, and a possibility that reactor life extensions will not be allowed. That would close half the country’s 25-reactor fleet by 2030. Ultimately the plans steer the country toward a nuclear phase-out.

How practical is this? The plan is about to be scrutinised. South Korea is highly industrialised and urbanised, and renewable energy solutions are unlikely to offer a replacement for nuclear unless there are substantial technical advances, notably in energy storage. As Japan has found, increasing the share of coal and gas generation to replace nuclear is unattractive as regards the environment, economics, balance of payments and energy security. What may eventually happen is a mixture of closing some of the older units as they reach 40 years and building new replacements. This was essentially the plan that France originally had for its 58 operating units (tripped up by the construction problems at the Flamanville EPR site). Following the US example, operating the existing units beyond 40 years will certainly require substantial new capital expenditure, but could be a cheaper option.

If Korea is to establish its credentials as a nuclear technology exporter, maintaining a domestic new build programme will be important. Otherwise, China and Russia are likely to benefit, on the basis of the experience gained from active domestic programmes and the credibility it brings them with international customers. A pre- requisite for a reactor order today is surely that the reactor design is in operation.

Korea’s best initial hope of involvement in the UK’s new-build programme would surely come through involvement in NuGen, where Toshiba seem keen to sell. There have been discussions between Korea Electric Power Co (Kepco), UK government officials and NuGen executives but the Koreans are clearly very cautious.

One big issue is that building reactors as quickly as possible at Moorside would involve building Westinghouse AP1000s, which have successfully passed the UK regulator’s generic design assessment (GDA) process. Kepco would almost certainly want to build Korean- designed APR1400s at Moorside if they buy into NuGen. This would involve a costly, time-consuming GDA for the APR1400, and abandoning a huge amount of the regulatory and consultation work NuGen has already completed. The APR1400 design would need some changes to meet UK regulatory requirements. And by the time it made it through the GDA process, a UK APR1400 might be different enough from existing APR1400s to limit the fleet benefits from previous construction in Kora and the UAE. The costs for only three units might prove to be very unattractive. Had Kepco been allowed to tender for the whole of the UK programme, things would have been different.

The other issue is one of timing. The UK government wishes to negotiate lower strike prices for power than the £92.50 per MWh agreed for Hinkley Point C. With the Horizon project at Wylfa apparently moving ahead quite well, NuGen is likely to be the third to try to make a deal and the expectation is that the price offered will be no better than the low £80s per MWh.

The alternative is that Kepco buys into NuGen but then keeps planning for AP1000s at Moorside. This would probably only happen if Kepco also buys Westinghouse itself, which looks unlikely. The Koreans are risk-adverse and cautious about involvement in foreign projects, certainly by comparison with the Chinese. Kepco took on none of the construction risk of the four APR1400s being built in the UAE until last year, after it was clear that the project faced few delays or cost overruns.

It also recognises that operating in a country with very cheap local labour and no national supply chain is very different from operating in the UK. The UK government is clearly aiming to line up as much support as possible for the Moorside project from the UK and South Korea, but Kepco will take some persuading.