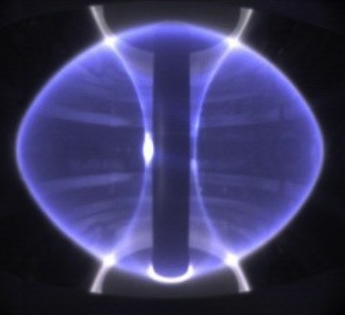 The UK Department of Energy & Climate Change has a problem with the world’s largest stocks of reactor-grade plutonium. The international association Environmentalists for Nuclear Energy view this as a one-time opportunity to benefit several advanced nuclear energy developments, none of which are acknowledged by DECC. By Brendan McNamara

Weak, short distance radiation makes it warm; so it is safe to hold but not to swallow. UK reactor grade plutonium is unsuitable for making weapons. And small-scale uses of UK plutonium could never go critical

Despite the decline of nuclear power since the 1980s the industry has produced very much safer, reliable, and flexible versions of the systems of 50 years ago. France uses 70% nuclear electricity and has the lowest carbon emissions in Europe. France developed a successful fuel recycling plant, and now leads the world, researching the most advanced reactors, and advising the US, Russia, Japan and China on their programmes.

The UK lost its way and finally tried to eliminate all traces of nuclear energy. The old Magnox design required that the spent fuel be reprocessed, which led to the growth of a large, very expensive plutonium stockpile without a future use in the cancelled fast breeder programme. Lacking any other ideas, current UK thinking is to convert the stock to a standard form of reactor fuel, MOX, useable by any of the latest reactors, though DECC sees that as difficult.

The UK Thermal Oxide Reprocessing Plant for spent fuel at Sellafield, THORP, was an engineering failure. A similar failure-by-complexity occurred with a highly roboticised US plant. Areva has been successful in France, collaborated on design of the new Japanese plant at Rokkasho, is contracting with the US to build a new recycling plant, and is in discussions with Sellafield. A cost-effective plant can and must be built in the UK to service future nuclear energy. With recycling, all the plutonium could be used up with a value to consumers of the electricity generated, at 14p/kWh, of about GBP 84 billion. The plutonium stock is very far from worthless, but this is still not the best option.

Nuclear development is far from over. Examples include a new Fast Breeder prototype in Russia using the lithium-lead coolant technology from its submarine reactors. France is developing ultra-safe designs for a gas-cooled fast reactor and a molten salt thorium breeder. General Atomics has completed designs for a gas-cooled thermal reactor using the TRISO pellets for any reactor fuel including Plutonium or high end nuclear waste, developed first in Germany and then at UKAEA Winfrith in Dorset.

High-performance plasma containment is possible in a small vesselâ€“ radius 0.85m. This is the â€˜proof of principleâ€™ for small fusion reactors.
Fusion has succeeded in generating large amounts of energy in big tokamaks like JET at UKAEA Culham. Laser Fusion is about to do the same in Livermore, California. Now, small spherical tokamak reactors, in a spin-off from new experiments at Culham, are being designed to produce 1-50 MW of energy and avoid most of the daunting technical challenges to be addressed by the ITER Fusion project in France. There is also the prospect of making sub-critical hybrid reactors, in which a small fusion core supplies the balance of neutrons to drive a fission blanket containing liquid salts of uranium, thorium, or plutonium. These would breed their own fission and fusion fuels at a much higher rate than fast reactor designs. Fusion machines are intrinsically safe since fusion stops instantly when fuel injection

Our reactor-grade plutonium can play a unique role in any of these competing developments. A UK recycling plant for spent fuel would not generate such stocks again, so this is a one time opportunity for nuclear energy. The UK Government should declare its plutonium stocks to be a valuable national resource which must be managed as such. The Nuclear Decommissioning Agency and its partners

should be instructed not to treat, manage or describe the stocks as a zero value asset. The idea that it should be buried as soon as possible, in some form or other, should be set aside.

The government needs further expert and creative advice, which may require an international panel, to step back from entrenched UK views. The Gen-IV/GIF panels on future reactors are far more limited in scope than the IAEA INPRO group (International Project on Innovative Reactors and Fuel Cycles) which should be a primary source of information on nuclear futures. A great global shift in energy supply and usage is underway. The UK cannot afford to stand by as a client for all the new technologies and resources but must move to benefit from its own industry, intellect and innovation.

In the light of events in Japan, Libya, and the Middle East, the safety and security of all nuclear materials and the UK plutonium stocks and their uses should be re-examined with more scenarios tested in detail and more attention to human factors.

Economic decisions about Plutonium based on a continued low price for Uranium will meet the same fate as those surrounding oil, natural gas, and even coal prices. Planning for Plutonium stocks must be put in a long term framework of global energy development. Wasting our Plutonium stocks on MOX fuels would be like smashing up the Kohinoor diamond to make drill tips.

Brendan McNamara worked on Fusion Theory with AEA Technology, Culham (1961-71) and at the Lawrence Livermore National Labs in California (1971-85). He also ran a series of Plasma Colleges at the International Centre for Theoretical Physics,Trieste, 1974-84. He was Exec. V.P. of the Von Neumann Supercomputer Center in Princeton (1985-88) and now operates Leabrook Computing from the UK as an Energy Consultancy. He is a member of the small fusion reactor company, Tokamak Solutions UK.  He is currently President of Environmentalists for Nuclear Energy UK. Environmentalists for Nuclear Energy has more than 10,000 members in over 60 countries. Members and participants in EfN activities do not represent their own organizations, except when they supply approved documents or official materials or references from them.