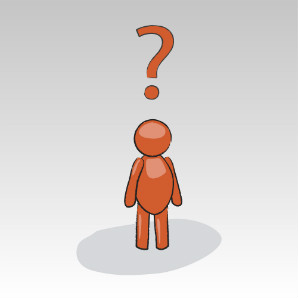 Safety starts and ends with clear communication. By Will Dalrymple

In his 1909 book Write it Right: A Little Blacklist of Literary Faults, the American author and satirist Ambrose Bierce advises that for good writing precision is the 'point of capital concern', achieved by the right choice of word 'that accurately and adequately expresses what the writer has in mind, and by exclusion of that which either denotes or connotes something else.' He goes on to quote Roman scholar Quintilian: a writer should write so that his reader not only may, but must, understand.

Ambiguity in engineering could spell the deaths of colleagues through misleading instructions or unclear designs.

Proficient users of English use word choice, grammar and syntax to pick their way carefully around doubt and uncertainty.

For the rest of us, there is another solution: talk like a robot. I am serious. The technique of three-way communication eliminates confusion between two people by confirming each specific point along the way.

Obviously person B pressed the wrong switch. Vague indications and hand-pointing don't provide sufficiently clear instructions, particularly if there are many switches to choose from. Piling on the emotional pressure by shouting makes success even less likely.

This was one of the control-room techniques that Kenny Neill, fuel route manager, demonstrated to me in the control room viewing gallery at EDF Energy's Hunterston B nuclear power plant recently.

It sounds nuts, and I can testify it looks pretty nutty too. But I have a slightly queasy feeling that there are many areas where this technique could make a big improvement to my domestic life, from directions in the car ("Turn here" "Where?" "Here! Here!") to supermarket shopping and cooking dinner.

Another tool Kenny described to me was called simply 'expected-unexpected', where the operator verbalizes what he or she is doing, and what he or she expects to happen as a result. This is similar to a training exercise that I once heard is given to police officers learning to carry out emergency driving manoeuvres, in which they report on their driving actions as they do them (apparently not as easy as one might think).

I like the way that this language system deploys like some kind of military hardware when needed in an emergency. It is so different from normal talk that its use immediately signals a different kind of thinking, where everyone knows what the rules are. Like a military command-and-control hierarchy, there is unquestioning obedience to orders and belief in the common goal. But it also allows critical thought too, and particularly a cautious approach to verbal commands; everyone is aware how easily they could be misunderstood. It requires -- and maybe even helps -- people keep their heads in tense situations and try to remain logical. Huge, complex processes that might seem daunting are broken down into step-by-step checklists.

Maybe the function of these language systems is to limit the bandwidth of our communication so tightly to essential process operations that everything else is filtered out. That this system is so foreign could be seen as a judgement of the enormous expressive power of human communication, in which there is content, context, subtext, tone of voice, body language, and other signals that carry not only a logical but also an emotional significance that can be quite distracting at times. In such a system, sorting out the meaning of all of the signals takes a lot of time and attention, particularly if someone isn't being clear.