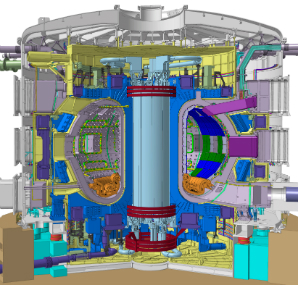 Government funding of expensive nuclear research projects is often criticized, particularly when those projects do not turn out to be 'commercially-based'

For instance, 40 years ago governments around the world pumped billions of dollars in to funding fast breeder reactor research programmes.

Today, according to the International Energy Agency Energy Technology R&D database (http://wds.iea.org/WDS/), all of these countries bar perhaps France (which spent $80 million on breeder R&D in 2010, the last available figure) spend zero, nothing, nil, on breeder reactor RD&D.

I say no! I feel that governments have a duty to fund nuclear research and development, whether or not it will have a social benefit down the line. After all, how can you accurately predict the future of nuclear energy?

In the early 1970s, we envisaged a future world (today!) filled with thousands of nuclear reactors (in 1973-74 the IAEA predicted an installed nuclear capacity of 3600-5000 GW by 2000). These figures, more than ten times today's installed capacity, may seem laughable now, but at the time, before the Chernobyl and Three Mile Island accidents, there was little reason to think that the growth of nuclear power would not continue.

Fast reactors were seen as the key to a nuclear future: reducing reliance on uranium deposits, and expected to achieve comparable economic and safety performance to light-water reactors.

The same could be said about fusion power, which has remained about 30 years away for the past 30 years. Will we ever have a commercial fusion power plant producing electricity...? Personally, I doubt it, in my lifetime at least. But I do not feel that governments should stop funding fusion energy. Yet, despite my feelings, there has already been a fall in fusion R&D, even including funding for the international ITER fusion project (pictured).

It is in these areas of R&D in particular, that is, long-term research projects which seem unrealistic, but which have fantastic prospects, that governments should continue to play a vital role. How can you expect industry to adequately fund research that might have an impact 20 or 50 years down the line? It should instead support R&D of measures that could improve operation of today's fleet and impact today's balance sheet.

Recently, the US Obama administration requested a boost in the US Department of Energy (DOE) budget from $65 in fiscal 2013 to $70 million in fiscal 2014 to support the development of small modular reactors (SMRs) through its public-private partnership initiatives.

DOE believes that there is 'a need' and 'a market' for SMRs in the United States. Advocates have argued that if there is indeed such a need then the programme should be funded wholly by industry. But there are still question marks surrounding SMRs: their licensability, their economics and so on. This is precisely why governments should fund such research.