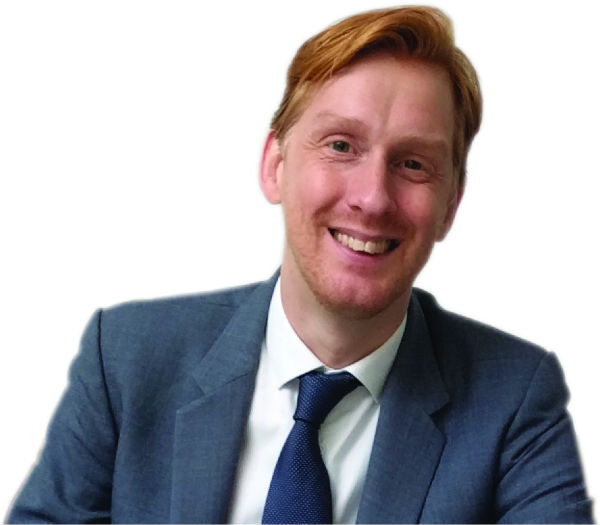 Jeremy Gordon says the definition of energy security is changing. That highlights the benefits of nuclear

Michal Kurtyka, the Polish Energy Minister, put the current situation in a nutshell. The common definition of national energy security, he said, was formulated 50 years ago during the shortages and price spikes that came with a politically unstable supply of oil. Since then, energy security has been about securing access to fossil fuels and being as resilient as possible to volatility in fossil fuel prices.

The energy crisis of the present day is different, the range of available technologies is different and the public attitude  to energy is very different, framed as it is by the need to decarbonise. Having reduced our reliance on fossil fuels, we are now making ourselves increasingly reliant on weather conditions, Kurtyka said, which means the future paradigm of energy security is resilience to intermittency.

For now, we are in a position somewhere between the two. “It is interesting to note,” said Kurtyka, “there is one single technology that is immune to threats from both old and new paradigms – and that is nuclear energy.”

I think that’s an extremely insightful way to explain where we are in the energy world right now and why nuclear energy is gaining traction globally and especially in Europe. But Kurtyka perhaps forgot one aspect of the current shift.

Managing intermittency is a side effect of countries trying to reduce fossil fuels in their energy systems, by using renewables. Changing to the second paradigm is, for most countries, an effort to get off fossil fuels — and not to be left behind in new technologies and industries.

Developing domestic manufacturing and generation has obvious security benefits, but if the generation comes with the complication of intermittency then the strategic benefit is seriously undermined. And the risks of intermittency increase with intermittent sources’ market penetration.

Could a prolonged lack of wind be called a ‘common cause failure’? Not really. It is not a failure of the wind turbines that they do not work when there’s no wind – they never promised to. The need to rapidly crank up the gas burners and pipelines to compensate for what wind cannot do lies entirely outside the wind industry’s scope of responsibility. Yet these systems work as one, and no kind of common cause should lead to failures in infrastructure that people rely on for their life, health and livelihood.

Neither the renewables nor the policymakers have been honest in admitting the truth highlighted by the oil and gas companies. If ‘gas is the natural partner for renewables’ does that mean, in practice, that we cannot have renewables without the gas? For a lot of countries the answer seems to be ‘yes’. Unfortunately for them, there have been some days recently when both wind and gas were in short supply.

What about countries that have already reduced fossil fuels? What if you already solved the constraints of the first paradigm so well that you don’t need to move to the second? Of course, it is quite possible for countries using a lot of nuclear, like France, to stick with the formula they already have or even to re-double it. And now, thanks to recent events, they have finally been reminded of that relatively simple option.

After all, energy security has always been the major driver of nuclear build, and France is the perfect example with the success of its Messmer plan in almost completely getting rid of imported fossil fuels from its system once and for all. Now, analyses by the French grid operator RTE shows that scenarios with the most nuclear capacity rely the least on other technologies, like storage, and can save hydrogen to meet the need for liquid fuels.

Eastern Europe now has a firm strip of pro-nuclear countries determined to build: Poland, Czech Republic, Slovakia, Hungary, Romania and Bulgaria, as well as Finland and Estonia. It is not a coincidence that the closer you get to Russia the more energy security rises to the top of the agenda.

Perhaps what Kurtyka might have added to his energy security paradigms is the question of how countries might handle a third paradigm – when some countries are selfsufficient and secure, but their neighbours want to use them as a backup battery or to dump surplus electricity. In that scenario the whole question of security is reversed. It is not about mitigating security problems, but about taking advantage of energy dominance.