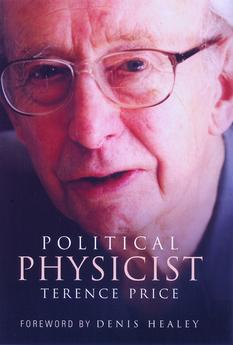 In 1974, a head hunter engaged by RTZ on behalf of 16 of the world’s leading uranium mining companies approached Terence Price with the idea of organising a London-based collective forum. He ignored a cryptic reference to a ‘club’ from one adviser, and landed the job. The miners – Australian, Canadian, French and South African led by RTZ, the biggest – had hired a scientist well versed in nuclear physics and also experienced in organising a successful ‘thinktank’. Price had set up the Defence Operational Analysis Establishment for the UK’s Ministry of Defence (MoD) in the mid-1960s. Unlike the MoD, however, his miners were coy about what they wanted him to give thought to; clear only about what they did not want him to ponder, which was anything to do with the price of uranium.

A phone call from an American lawyer early in 1975, only seven weeks after he started, enlightened him. Forbes, a US business magazine, was running a story about a uranium cartel – a club of mining companies allegedly trying to fix the world price of uranium. This club had virtually the same membership as his new institute. Writes Price: “It was nearly two years before the full extent of the Club’s operations became clear; by a splendid irony, I discovered at much the same time that the reason for its formation was to defend the embryonic nuclear industry against the deliberate exploitation of massive purchasing power by a monopsonistic uranium customer. Once the whole picture was revealed, the Club appeared to be one of the world’s more forgivable cartels.”

Price stuck it out, united miners with uranium processors and users in one big happy family (no Americans). His institute fought off predators and earned universal respect as an international nuclear forum. And Price engineered the whole thing with a panache lacking in nuclear forums nowadays.

Price’s baptism in nuclear waters took place at Harwell where in 1947 he joined the embryonic nuclear physics division headed by Egon Bretscher to work on BEPO, the experimental plutonium pile. He became a member of the Production Pile Design Committee charged with finding a way of making about 100kg of plutonium a year. He records how the first pile chimney at Windscale “was already rising above ground level when I made a speculative calculation about the possible extent of the radiation hazard – assuming, as we had done until then, that the outlet air would remain unfiltered.”

Price found his calculations disturbing. But in committee “Leonard Owen leant back in his chair and looked sternly at me. ‘Don’t be silly, lad,’ he said in his blunt Yorkshire manner. Two tons of air go up chimney every second. Can’t filter that’.” But Price persisted. Cockcroft, Harwell’s director, was eventually persuaded, and the upshot was filters belatedly added to the top of the 400-ft (120m) pile chimneys.

In the mid-1950s Price got caught up in early international discussions about the safeguarding of fissile materials from theft from places like Windscale where plutonium was being refined. He and another physicist, J C C Stewart, recognised that it needed an experiment to answer some big questions. They persuaded their employer, the newborn UK Atomic Energy Authority, to mount a state-sponsored attempt to ‘steal’ plute from Windscale. The intrepid pair were appointed referees for a top secret exercise called CIRCUS, which highlighted the strengths and weaknesses of the controls. Their findings were to prove first-of-a-kind in the international debate.