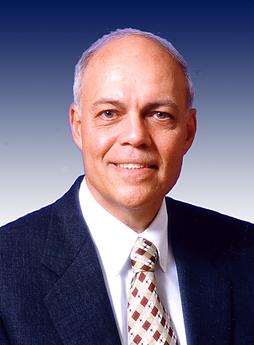 According to Westinghouse senior vice president and chief technology officer Regis Matzie, BNFL’s proposed sale of Westinghouse is not expected to result in the break up of the business in any way. BNFL’s intention is to sell Westinghouse intact as a single entity, with all its contracts and assets transferring to the buyer.

For example, Westinghouse is contracted by the UK’s Nuclear Decommissioning Authority to manage the Springfields fuel fabrication site. Until that contract is opened up to competitive tender, it will remain with Westinghouse – wherever the company resides.

Over in the USA – which has always remained Westinghouse’s spiritual home (despite technically being a British company) – Westinghouse is supporting the National Enrichment Facility (NEF) project in New Mexico, as a separate partner to Urenco, which itself is one-third owned by BNFL. The new owner of Westinghouse will therefore acquire the interest in the NEF currently held by Westinghouse, but not Urenco’s stake.

BNFL’s and Westinghouse’s interests in the pebble bed modular reactor (PBMR) are a little bit more complicated. Matzie is the lead Westinghouse person for PBMR activities, as well as being a board member and the chair of the technical committee. He told NEI that Westinghouse is “a strategic supplier in the instrumentation and controls area. We also do a lot of engineering support for the project.” However, the 22.5% stake that BNFL holds in South Africa’s PBMR company comes under BNFL, not Westinghouse. Matzie confirmed that, as things currently stand, the stake in PBMR would reside with BNFL when Westinghouse is sold, but pointed out: “There are discussions going on right now about who should have governance in the future.”

Given BNFL’s reasoning for commencing the sales process, it would be reasonable to assume that the PBMR shareholding would be transferred to Westinghouse. A further argument for Westinghouse being the holder of the stake is that it is also the leader of a team of companies lobbying to build a PBMR for the Next Generation Nuclear Plant (NGNP) project at the Idaho National Laboratory (INL) in the USA.

While confident that team is a strong contender for that project, Matzie is not very optimistic that the project will move forward so soon. However, current signs are encouraging, with the project being passed by the House and Senate conference committee.

Matzie is confident that an energy bill containing other key nuclear provisions will get passed soon. He pointed out that not only are both the House and Senate supportive of nuclear, so is the administration. “Now if you remember back the last time they tried to pass the energy bill, although the administration was positive on nuclear, they really weren’t vocal,” he said. “I think their attentions were diverted to other world activities, but now they’re very vocal. Basically every time the president makes a speech somewhere he’s talking about nuclear to some degree.”

And any potential buyer for Westinghouse will be well aware that the business’ AP1000 design is a front runner in the race for those first plant orders. But it’s not only the consortia that have applied to test the Nuclear Regulatory Commission’s (NRC’s) combined construction and operating licence process that are the ones to watch: Matzie said many utilities are independently looking at opportunities to move forward with a new plant order. “We’re having one-to-one conversations with some of those utilities, and I’m sure General Electric is doing the same thing,” he said.

For the longer term, Westinghouse is also leading a group of companies and about ten countries collaborating on the International Reactor Innovative & Secure (IRIS) project. While the project is progressing steadily, with it currently going through the NRC’s pre-application review process, Matzie said the real test will come when deciding on whether to proceed with design certification: “That will require some interesting

decisions by the consortium members because, at some point, the fees you have to pay the NRC escalate dramatically when you go into formal design certification. So that is going to require some new vehicle for getting funding.”