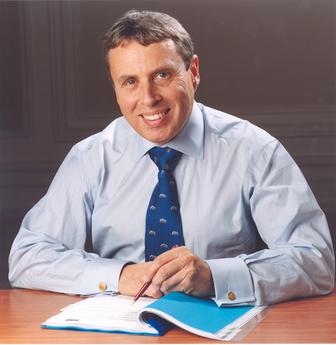 Transport is not a side issue – it is integral to the whole process of matching product to markets. Make transport more difficult, through denials or delays of shipments by carriers for example, or refused entry to ports or terminals, then the timelines for delivery and the cost structure of transport are adversely affected.

Many things can affect the willingness of carriers to accept radioactive (class 7) consignments. Maybe the operators are unsure about insurance implications. Perhaps they worry about the perception of other customers whose goods they want to carry. Maybe they think special handling procedures, or reporting requirements, are too complicated, or too onerous. Perhaps they are put off by problems with ports or terminals which themselves are not prepared to accept class 7 cargoes. In short, the carriage of class 7 goods may simply look like it’s not worth the bother.

The radioactive material transport sector operates within a highly stringent regulatory regime with regulations at all levels, from international to national to modal. No sector of the transport industry is more highly regulated and, incidentally, no sector of the transport industry has a better safety record. This is due in part to the tight regulatory regime; but credit is due also to the professionalism of those in the industry who work within the regulations.

The fact is, in practical terms, the regulations don’t mean anything until they are implemented by the companies who do the packing, handling and transport. Industry depends on stability for safe and efficient operations. A stable regulatory regime – one that is well understood, universally implemented and commonly interpreted – enhances safety. In many areas affecting transport safety the engineering is well-known and established. For example, there really is no requirement to alter tried and tested package designs every two years.

The foundation for the transport safety regulatory regime is the transport safety standards of the International Atomic Energy Agency (IAEA). Those standards are reviewed every two years, but this does not imply that they should change substantially every two years. The process of regulation review has itself been under review for some time at the IAEA. The World Nuclear Transport Institute (WNTI), on behalf of its industry members, has advanced the view that the principle should be: change if necessary, but not necessarily change. And yet, in the last review cycle some 200 proposals for change to the IAEA regulations were submitted. This, notwithstanding the fact that the regulations had just gone through a previous two-year process of review and amendment. And in the current round there were over 100 proposals put on the table. The well-known saying comes to mind: “If it ain’t broke, don’t fix it.” We would like to see a more rigorous filtering process, with change proposals subject to a detailed cost-benefit analysis. The criterion should be whether the proposed change truly represents a substantial enhancement in safety.

In addition, the existing documents, such as the IAEA transport safety standards, known as TS-R-1, appear cumbersome and even daunting to some. It should be possible to make them more user friendly. Nor is it unreasonable to expect that comprehensive guidance documents, which support implementation of the regulations, should be made available at the same time as the regulations.

Industry has its share of complaints; so too do the regulators. It’s easy to define the problems but not so easy always to come up with the solutions.

I know that industry for example has no trouble cataloguing problems related to a lack of harmonised regulations, to different implementation schedules, or to differing interpretations of the requirements from one jurisdiction to another. But stating the problems by itself gets no-one anywhere.

It is industry that experiences the harmonisation problems on a daily basis – more than the national competent authorities; it is industry that operates within and between different jurisdictions. And so it is industry which must cope with the varying application and interpretation of regulations worldwide.

To take a practical example, the independent reviews of package designs and re-validation of approved packages carried out by the various national competent authorities can complicate international shipments. National authorities carry out independent reviews of the criticality safety of packages containing fissile materials, as is their responsibility to do, but the underlying assumptions that are used in their calculations can differ. And thus, the outcome is that the requirements for implementation are not

uniform. A single design may require preparation of multiple criticality analyses to obtain base approval and foreign validations. This process can be time consuming and resource rich.

So, it is for industry to share experiences and information where it can, in the interest of developing consolidated industry positions. Industry knows what the problems are; it follows that industry should have some ideas on how to improve the situation. Can industry develop guidelines to ensure more structured, systematic and consistent approaches to satisfy the requirements of safety cases? Certainly, if industry does have some ideas, it stands a better chance to change things when it works together, shares information and strives to find common ground.

And that is where the WNTI comes in. To continue with the criticality assessment example, companies within WNTI are working to develop industry views on whether some form of generic industry guide on assessing criticality is possible. This is a good example where the various companies potentially can assist each other by sharing experiences, and drawing appropriate lessons to improve the situation. It should be possible to conduct this exploration while respecting company prerogatives to provide the specific justifications appropriate to their situation and also to be sensitive to commercial interests.

To take another example, although there is a standard way of transporting U3O8 ore concentrate, the methods employed in using 55 gallon drums and ISO containers vary considerably. For example, the drums themselves are not standard and have different fastenings. The drums are situated and fastened in the ISO container in a variety of ways, and there is no universal standard for packaging the drum in the ISO container. Issues arise with regard to the packing material used to secure the drums, including its disposal. The stowage of ISO containers on vessels varies considerably.

Once again, the WNTI has established an industry-driven task force to allow industry to explore whether it is possible to work towards a more standardised approach. It ought not to be necessary to change significantly the way U3O8 ore concentrate currently is transported. However, it seems a journey worth making to see whether it might be possible, through information exchange, a sharing of experiences, and solid analysis, to agree methods using more standardised equipment, approved transporters and some standardisation on packaging.

Denials and delays of shipments is another area where it is all too easy to assemble a lengthy catalogue of problems; but not so easy to come up with the solutions. Impediments to the timely transport of materials is not only time-consuming, costly and inconvenient, it can in certain circumstances adversely impact safety. Safety and efficiency should not be undermined by a necessity to resort to complicated and round about routes, possibly requiring more frequent handling from one carrier, port or terminal to another. It is about time that the problems of denial and delay, long experienced by industry, appear on the international radar screen. It has made it on to the IAEA and the International Maritime Organization (IMO) agendas. WNTI has created an industry task force on sustaining shipping options to look at the problems of denial and delay from a solutions-oriented perspective. No one is so naïve or idealistic as to imagine that there is one pill big enough to cure all the ills of denial or delay – but just perhaps there is a variety of instruments that can alleviate or obviate some of the problems.

It would be remiss not to mention public perception of transport; this an important impact on the acceptability of transport options, and on the ability of industry to deliver its materials in a cost-effective and timely manner. An ever more internationalised nuclear industry, with increased transports to more destinations, greater attention to the growing requirements for decommissioning, and the pursuit of long-term storage solutions, all in an age of heightened security concerns, and a very public debate on energy choices for the future, makes the public more sensitive to the role of the nuclear industry and the transport of radioactive materials.

Industry has made giant strides and is doing a much better job today of communicating than it did in past decades. But communicating is a process rather than an end – it must continue without let-up; we must be innovative in conveying our messages of necessary and safe transport to modern society. Ours is a generation more environmentally aware than ever before, a generation more sensitive to the perils to our ecosystem. It is a generation also seemingly sceptical of all-knowing authority from above and, perhaps, a generation not over impressed by the technocrat. People talk in terms of values; they have attitudes. Intuition and feelings seem to count for as much as facts. So it is at this level that we must reach out to our audiences. We must be prepared to acknowledge when and why things sometimes go wrong; we must be prepared to answer awkward questions of public concern. Science, engineering, must be situated in its political and social context if it is to be supported. Ultimately it is an issue of trust – how far can the public trust the industry to provide reliable, objective and the fullest possible knowledge. Facts, yes – but more is needed.

There is a widespread recognition today that maintaining transport options in the interest of bringing the benefits of radioactive materials where they are wanted the world over requires open and sustained dialogue between the regulator and the regulated. This, I am glad to say, is improving. It also requires close collaboration among all parties in the industry – this is increasing. Industry must take the opportunities afforded it to inform the regulators and others of the context in which industry performs its essential services, and to be engaged in the regulation review and implementation processes. Practical, efficient and safe transport regulations should take full account of their impact on those who do the transporting. But industry does itself no favours if it is seen as only moaning or complaining; it should offer support, encouragement to the other stakeholders and work together to propose solutions where improvements are called for.