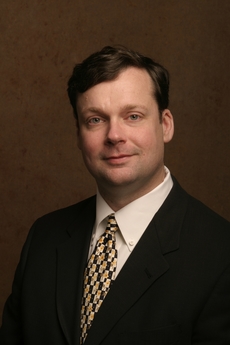 The US Nuclear Regulatory Commission (NRC) expects to have received combined construction and operating licence (COL) applications for over 30 new nuclear units within the next two years. The first complete COL application was submitted on 24 September 2007, by NRG Energy for two ABWR units at the South Texas Project (STP) site. Of the remaining expected COL applications, no others currently include the ABWR design. Steve Winn, NRG’s executive vice president of strategy, environmental, and nuclear development, explained to NEI why his company has proceeded with what could turn out to be a unique choice in the anticipated US ‘nuclear renaissance’.

“Obviously our criteria had a lot of the same things as other people, including: Is it safe? Is it reliable? Is it high efficiency?” Winn said. “But we also had included in our criteria: Could you finance it? Could you get a strong EPC contract on it? And were there any operating anywhere in the world? And so, when those are included in your criteria, there’s only one unit that actually satisfies them all.”

Winn explained that, because ABWRs have already been built and have a good operating record, NRG could be confident that the EPC (engineering, procurement and construction) vendors “have fully engineered design drawings; they know that everything’s going to fit together; they exactly know how many valves they’re going to have; how much piping; everything else.” Actual experience – albeit abroad – of construction and operation led NRG to conclude that its reactor choice would help minimise construction and financing risks.

NRG’s preference for the ABWR design does not imply any criticism of the choices made by all the other utilities planning to submit COL applications, Winn emphasised. “I wouldn’t want to say that there is a bad choice. We went for certainty, and part of going for certainty is we might have sacrificed a little bit on the cost front.” For example, he said that the active safety systems of the ABWR design are likely to lead to higher operational costs than the passive systems of the AP1000 and ESBWR designs. “The nuclear customers who are going for the lowest long-term operating costs have made different choices to us.”

Winn said that his company’s approach was similar to that of the Constellation Energy and Areva, Inc partnership, UniStar Nuclear, which on 13 July this year submitted the environmental report portion of its COL application for a USEPR at Calvert Cliffs. Both the ABWR and the USEPR are basically “20-ish-year-old technology slightly upsized,” Winn said. Essentially there are two categories: those focused on certainty, and those focused on the long-term lifecycle cost. “And both of those are valid.”

Along with the construction and financing considerations, it was also important to minimise the licensing risks, Winn continued. This has been achieved by choosing a site that already has operating nuclear power reactors and a design that has already been certified by the NRC. “We’re going to build the GE-certified design,” Winn confirmed, but said that the differences between the design of the ABWRs that are operating in Japan and the US design are minor.

However, given that GE’s ABWR design was certified by the NRC over ten years ago, NEI put it to Winn that there must surely be some significant changes to the design. Winn replied that there were “less than a couple of dozen,” adding: “The amount of new review that the NRC has to do is really focused on those issues so we’ve been able to minimise our licensing risk.”

But there remain some important areas, not least the control room and the instrumentation and control (I&C) systems. “We had to do that from scratch,” Winn said, “but so does every other new design.” In addition, there are today’s enhanced security levels. “The security rules came into being after 9/11 and so everybody’s design had to be updated for modern security issues.” For example, the STP licensing team is currently working on an airplane crash standard.

In order to address these issues, the licensing team has been submitting a series of topical reports to the NRC over the 15-or-so months prior to submission of its application. “The focus of those topical reports was on the aspects of the ABWR that were either incomplete or outdated,” Winn said.

The site itself also provides a very high degree of confidence. It is one of the few sites for possible new nuclear build that does not need cooling towers and there are no costs associated with transmission. Furthermore, “we have a 7000 acre site so we have lots of lay-down space. We have rail access into the site,” Winn said. And, noting that the site is only 2 miles along the Colorado River from the Gulf of Mexico, “we have barge access into the site.” This allows many items to be built at the factory and then shipped to the site, minimising the amount of onsite assembly needed.

A fact sheet published by NRG on the STP unit 3&4 expansion project states: “Construction of the two new units will last approximately six years, employ 4000 to 6000 construction workers, and cost more than $6 billion.”

In a recent article in NEI (titled How much?, see link below), it was argued that capital costs of new nuclear are being significantly underestimated by the industry. How confident, therefore, is NRG in its estimate, given that escalating costs in the nuclear industry – particularly in the USA – are hardly unknown?

“Nobody wants to repeat what happened in the ’70s and ’80s,” Winn answered. While there cannot be complete certainty, some factors allow NRG to have a reasonable level of confidence. “Because we have full engineering drawings for every single aspect of the plant, we know exact quantities. We can go and price those quantities now. Second, because of prior construction – four units being delivered on time and on budget – we know what the labour component is.”

But he also noted that the productivity difference between the Texas workforce and the Japanese workforce is unknown – “so there is a little bit of risk around that.” Another unknown is material price escalation, but this would affect any large construction project.

In 2004, the Tennessee Valley Authority (TVA) carried out a study into building two ABWR units at its Bellefonte site. (TVA and the NuStart Energy Development consortium recently submitted the second full COL application to the NRC, for two AP1000 units at that site.) In that study, “GE, Toshiba, Fluor, Bechtel and a couple of others did a very detailed walkthrough of transferring the Japanese design to the USA,” Winn said. “The outcome of that in 2004 dollars was $1600/kWe of overnight costs.” This means that NRG’s “over $6 billion” estimate works out to around 40% above that. Winn added: “We basically say ours are 2006/2007 overnight costs for the units, so it doesn’t include interest during construction.”

However, if it ever does turn out that costs are underestimated, Winn pointed out: “We do have internal price targets where we have ‘walk away’ points.”

NRG is currently working towards a planned delivery date of 2014. To achieve this, it has put together a team of suppliers in order to benefit from each of their strengths. “When we thought about this consortium approach to building new nuclear in the USA, we tried to take the ‘A Team’,” Winn said. “GE has done a lot of the design and has great turbines and there are some other things they do really, really well. Toshiba and Hitachi are the ones who have actually built these units on time and on budget in Japan. And then the US constructors Fluor and Bechtel are two of the best constructors on Earth.”

As it seems likely that STP 3&4 will be the first two new units to be built in the country, the project therefore has the potential to make or break any possible nuclear renaissance. Winn said that the vendors have “put their egos aside because they view this as a litmus test of the ability to get new nuclear built in the USA.” They are happy to work together in order to “make sure that the likelihood of successful delivery is increased.”

Negotiations with the vendors are still underway, but Winn said that most of the equipment in the nuclear island “is going to be delivered by one of the two vendors who have made it before – so either Hitachi or Toshiba.” For the turbine island, although there are three possible suppliers, namely Hitachi, Toshiba, and GE, one would expect that it would more likely be a choice between the latter two because the Hitachi-manufactured turbines at the Shika 2 and Hamaoka 5 ABWRs have had fatigue-related issues (in the 12th stage of the low-pressure turbine).

While the plant will be made to a GE specification, “it’s likely to be built somewhere in Japan,” Winn said, drawing a parallel with a BMW car bought in the USA, which would be manufactured in that country rather than in its ‘home’ country. “The engineering may occur in Germany but it’s built in South Carolina.”

Winn couldn’t give an exact timescale for finalising the ‘modified open book’ contract for the project, but said he hoped it would be concluded by the end of the first quarter of 2008. Once all the contractual terms and conditions are determined, the next thing to sort out would be procurement of the equipment. “In that open book process our objective would be to have a firm fixed price contract for delivery by the time of financial closing. And financial closing will be once we have a licence.”

For the long-lead items, namely the heavy forgings from Japan Steel Works, “we’ve had to reserve our place in line,” Winn said. “We won’t actually release for manufacture for most of them until 2008 and 2009 but what we’ve done is guarantee our place in line.”