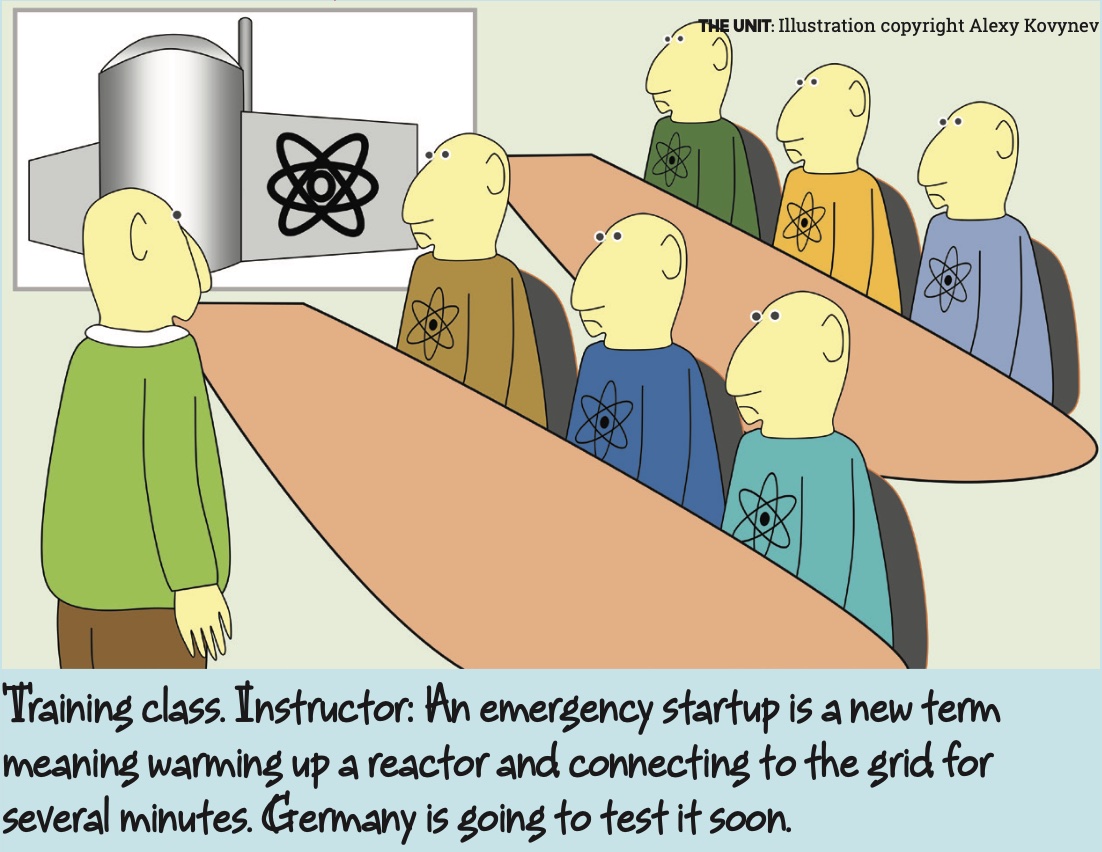 Just when it seemed Germany had moved beyond dogma to produce a pragmatic nuclear energy policy, defeat has been snatched from the jaws of victory in the fight against Putin’s energy war.

In the whirlwind that energy policy has become since Russia’s invasion of Ukraine it can be easy to lose your bearings. The only fixed reference points are science and physics as policies swirl around us and nothing is as it seems.

Across Europe great efforts are being made to prepare for the winter ahead, from consumer support, to efficiency, fuel switching and energy saving – you name it. But even despite this a lot of people are still going to be cold and a lot of factories are going to be dark.

In the eye of the storm has been our old friend Germany, blissfully pretending nuclear is not relevant to its situation. Everywhere else, and particularly in France where the fleet has badly underperformed due to unexpected corrosion issues, nuclear operators have been working to ensure all the availability they can. Some countries have redoubled their efforts towards new build in order to be ready for the next crisis. Amid the chaos it is easy to forget the milestones we have passed.

In Belgium energy minister Tinne van der Straeten says that her Green party put on the table the possibility to keep Doel 4 and Tihange 2 for longer. She must think we have forgotten that she was insisting they should close right up until the moment she U-turned.

In California, Governor Gavin Newsom wants credit for the prudent move of keeping Diablo Canyon operating for a few extra years. He must think we have forgotten that he was the one who made a deal to close it.

Truly, these are confusing times for everyone.

Diablo Canyon has now been approved to keep generating for five years, according to the wording of the legislation that passed by huge majority. We know (although most people do not) that nuclear power plants are not usually managed on short timescales like that. The requirements to operate for an extra five years are the same as they would be to continue for an extra 20. Therefore, the door is open to that new lease of life for the power plant. Let’s not count our chickens, but the scale of the majority that voted for Diablo Canyon (101 for to 4 against) indicates that in the USA at least the case has been well made that nuclear has an important role to play and every reactor matters.

When explaining the benefits of nuclear energy to a skeptic it’s important to remember that only they can change their own mind and you cannot do it for them. It is rare for someone to respond to technical information if their opposition to nuclear energy is on moral grounds – for example because they are not comfortable with long-term obligations to manage waste. But at the same time, just one piece of key information might be all it takes to inspire the curiosity they need to start taking on more information, which might lead to a change in perspective. The missing links between these contradictory facts are trust in the expert they are talking to and, occasionally, self-interest in finding a reason to change their mind. I think in the current situation, self-interest is very much activated. The simple facts are that we cannot afford gas any more, nor can we keep closing reliable power plants.

However, in Germany they can afford to outbid the whole world for the gas they need, and they literally said so in the disappointing results of their recent stress test. The apparent sunset on Germany’s anti-nuclear policy turned out to be a mirage.

There have been a lot of ups and downs for our industry in following Germany’s efforts to kill it. This time it seemed so poetic that the current gigantic energy crisis had materialised to make the case for nuclear power at exactly the moment when Germany’s last reactors were about to close forever.

But in the end, no. Or at least not yet. Although none of Germany’s last three reactors (Isar 2, Emsland and Neckarwestheim 2) will be kept in operation in the normal sense of the word and all three will be shut down on 31 December, two of them will be asked to maintain readiness until April 2023. A kind of living death for Isar 2 and Neckarwestheim 2.

Germany said that nuclear could only offset 1% of domestic gas consumption, so isn’t worth the ‘risk’ that it asserts nuclear energy presents. There’s a lot to unpack in there. First, the country has a target to reduce gas consumption by 15% and in that context, 1% of the total makes up almost 7% of the target so is not that insignificant, given it is a very low-cost option. Second, when you are in an economic wrestling match with Vladimir Putin it would be wise to bank whatever percentage points you can. Third, the long list of fossil-fueled power plants Germany would use before calling on nuclear extend to leasing oil-fired barges and is an environmental disgrace.

While conceding that nuclear might be needed, the government has all but set it up to fail.

German Greens will be able to ring in the New Year with a celebration of nuclear plant closures. They will surely pray the grid never reaches the brink of catastrophe, with their plans underpinned by the French fleet (hopefully) getting back to regular levels of performance. The public will think that nuclear plants stand ready to step in during a gas shortage, but in fact such a shortage might only come with a few days’ notice, said the head of Bundesnetzagentur, the energy network agency, Klaus Mu¨ller: “We cannot foresee more than a week and a half when it comes to gas consumption,” This would make coordination of any restarts of Isar 2 and Neckarwestheim 2 quite difficult. When the reactors shut down, boron will be added to their coolant to absorb neutrons and bring the rate of fission reactions right down. But without new fuel assemblies, the reactors are already running a ‘stretch operation’ and eking out the last bit of power from fuel that is already significantly less fissile than it once was. To restart means removing all that boron from the coolant water – a process would take several days, perhaps even longer than the warning period. It’s therefore no sure thing that the reactors could restart in time even if they are asked to.

It’s possible that the plant owners will reject Habeck’s plan as unfeasible, which of course would suit him just fine. Another possibility is that after all this debate, nuclear will fail to deliver during a national crisis, which would distract from appalling policy by making nuclear a ready scapegoat for the consequences of blackouts. Was creating this situation base incompetence by Habeck, or actually very clever? I just can’t tell any more.