Introducing the US EPR 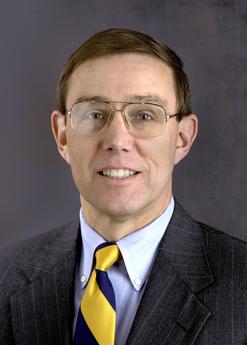 In 1958, PWR technology from the USA was licensed to the newly-formed French-US company Framatome. Over the ensuing years, Framatome and its partners have developed the PWR, the latest version being known as the European Pressurized Water Reactor (EPR). Now, Framatome ANP (formed by the merger of Framatome with Siemens’ nuclear business) aims to bring the EPR to the US market.

To achieve this goal, in January this year Framatome ANP majority owner Areva established a New Plants Deployment business unit in the USA. Ray Ganthner, senior vice president of the business unit, spoke to NEI about the new unit.

“We now have probably just over 50 people that are permanently assigned to the unit,” Ganthner said. “But we draw on the resources of all of our engineering capabilities here in Lynchburg,

Virginia and Charlotte, North Carolina and our Marlborough, Massachusetts offices, plus our German and French engineering offices. So we are a matrix organisation to a large extent,” he said, adding that the unit will grow significantly from the current 50 people.

Clearly, Areva is serious about entering the US new build market, but why now? To this, Ganthner replied: “A year or two ago, people were asking: ‘Do we want to build a nuclear plant?’ Now the debate has shifted to: ‘Which nuclear plant are we going to build?’” He acknowledged that, up until now, “we really haven’t been focused on the new commercial plant market,” despite a presence of over 7000 employees in the region. But now, he said, “the fact that we’ve initiated this business unit to participate in that market is a statement that that market has more credibility to us than it did in the past.”

This apparent change in strategy was mainly brought about by the results of a survey that Areva carried out last year. According to Ganthner, the company spoke with several US utilities that it believed could be in a position to consider ordering a new nuclear unit. “One of the key messages they gave us was that they wanted a design that was predictable in the licensing process and that didn’t break any new ground in regulatory issues or technology. They wanted certainty and assurance that the licensing process and the schedule for that process could be counted on for their construction activities.” Ganthner said that these conditions would be best met by the EPR design, as it was a “logical extension of existing technology that would be relatively straightforward to license with the US Nuclear Regulatory Commission.”

Some two-and-a-half years ago, Framatome ANP commenced a pre-application review with the Nuclear Regulatory Commission (NRC) on its SWR-1000 design. Though the process had only just begun, and no issues had been raised, Framatome ANP decided that the SWR-1000 was not the best design it could offer the US market. “We now believe the EPR best fits the needs of the US market because of its licensing predictability and the evolutionary technology,” Ganthner explained. And, of course, the single most important recent development influencing the decision to focus on the EPR: “The fact that we’re actually building an EPR in Finland gives us the advantage of having a complete design for a plant being constructed – not just on paper.”

On 8 February 2005, Framatome ANP wrote to the NRC requesting a pre-application review of the EPR reactor design. The letter states that the similarity of the EPR’s major systems with those of currently operating US plants – along with the EPR’s improved safety margins – should ensure any possible technical issues can be addressed under existing regulations. Furthermore, there should be no need for further research to resolve any technical issues, due to the use of proven technology and active safety systems – current analytical methods, perhaps with minor modifications, should apply.

Framatome ANP expects the review to be conducted in two phases. The first phase will focus on familiarising the NRC with the design and the proposed approach for applying the computational methodologies. The company hopes this phase will be completed by the end of this year. The second phase will focus on licensing issues, review of topical reports, and cost and schedule planning for the design certification review. The letter requests approvals to be completed by the end of 2007, following which a design certification application will be submitted.

Ganthner said his company was expecting to work closely with the NRC over the next two years “so that when the application is filed in 2007 we can have a very quick and timely review with no issues brought up during the actual review of the application. Basically, what this letter asks them to do is to work with us over the next few weeks to confirm that our schedule and their schedule are achievable.” Though this may seem to be quite an optimistic schedule, Ganthner maintained it is quite feasible because “there’s no new technology, no new research needed by the NRC. There’s nothing in the technology that should be generating any new issues for the industry.” He added: “In fact, in our design of the EPR, we address some of the issues that are potential problems on other plant.”

A Cutaway image of the EPR

The letter to the NRC states: “We acknowledge the NRC’s need to prioritize activities to support resource allocation and recognize that priority will be given to activities aligned with a domestic partner. Framatome ANP is involved in ongoing discussions with potential domestic partners.”

Ganthner also accepted that having a domestic partner would help get NRC priority and move the review process along. In addition, a US partner would allow Framatome ANP to enter the combined construction and operating licence (COL) process. “We are working with several major utilities in the USA. They understand the need for that to get this design to be a competitive alternative for them.”

From the utilities’ point of view, there need to be some extremely compelling arguments to even consider ordering a new nuclear plant. Ganthner referred back to the survey his company carried out last year, which “came to the conclusion that most areas of the country would need baseload plants in the 2013-2016 period, with 2015 being the centre of gravity of that need. And that’s really what drove our decision to start the licensing process now on the EPR. We think that, because of the mature design and because of the evolutionary technology and the familiarity of the NRC with our product, the licensing process will be predictable and short enough that it will be able to meet bringing a plant online in that timeframe.”

Maybe a US utility does decide to build a new nuclear plant to meet baseload capacity needs by, say 2015; but why would it choose an EPR – isn’t there a strongly ingrained tradition of ‘buy American’, NEI asked. “The concept of the EPR being a non-American product is, I think, based on people’s perception that this is the European design that’s just going to be brought over here,” Ganthner said. “That’s really a wrong perception because – when you think through the design and the licensing process – what has to happen is that we’ve got to basically redesign and reconvert the Olkiluoto 3 design to be a US design with US codes and standards, and US engineers are going to be doing that.

“In Lynchburg and Charlotte, we’re taking over design authority for the US version of the EPR. It’s a very complex redesign process because even a simple thing like the fact that there’s 50 cycle power in Europe and 60 cycle power in the United States means we have to redesign all the motors, all the loads, all the electrical distribution, and so on. All of the pumps will have different characteristics – that means all the fluid systems will have different flow rates and capacities. So it is all basically being redone and licensed here for the United States and it will be a US design that is based on the Olkiluoto 3 design.”

Framatome ANP is not the only vendor with designs – in both senses of the word – on the US market. Even if a new nuclear plant is ordered, there are several alternatives to the EPR to choose from. NEI suggested to Ganthner that the perceived risk to investors would be greatly reduced by ordering a plant with a lower capacity than the EPR’s 1600-or-so MWe. However, he maintained that the large capacity was not an issue, so long as the process of getting the plant built was reliable. “The potential customers are saying they need a predictable licensing process and a predictable construction schedule – no surprises,” he said. “The 1600MWe capacity does not frighten them.”

Even if the large capacity was not too daunting, wouldn’t the capital cost of such a large plant be, NEI asked. Ganthner responded: “The economics is not really a concern. We showed our potential customers the cost numbers for our estimates of the EPR. After seeing those, they are still very strongly interested in the design. That tells me we are in the economic ballpark for competitiveness.”

As far as Ganthner is concerned, the bottom line in this business is predictability. This is a point he continuously comes back to, and one that he sees as a major advantage the EPR has over its competitors. “Because of the EPR’s evolutionary design, the fact that it’s basically a finished design, and the fact that the NRC’s familiar with it, that process will be very predictable.”

Ganthner noted that many plant designs US utilities are likely to consider “don’t have the completeness of design that we will have by the end of next year in support of the Olkiluoto 3 project.” Whereas Westinghouse’s AP1000 design received NRC design approval last September, Ganthner pointed out that the EPR has reached a far more advanced stage in the design process. “The EPR has a full complete basic design and will have a complete construction-ready design in about two years. The AP1000 is nowhere near that.

“On the ESBWR – the GE product – they have not submitted their design certification application yet. So they are certainly well behind the AP1000 and, again, their design is simply a conceptual design that does not have the basic design finished. Again, from a design perspective, we’re ahead.”

Noting that the construction permit for the Olkiluoto 3 reactor was about to be issued – as happened on 17 February, a few days after speaking to NEI – he added: “Any of the competitors in the United States are years away from even applying for a construction permit, whereas we could start the COL process immediately – once we find a partner.”