How serious are the delays in China's nuclear programme? 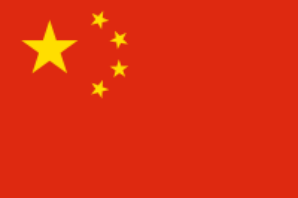 It has become apparent that there are some new "growing pains" in the Chinese nuclear programme. These are sufficient to cause one to reconsider some of the more expansive scenarios for China in the 2020s and beyond.

The most obvious is that new reactor approvals have ground to a halt, with no new construction starts authorised during 2014. It now seems almost certain that the 58GWe target for 2020 cannot be reached.

This is best explained by increased caution from the authorities. Two decisions are important: to authorise only reactors that are up to "Generation III safety standards"; and to delay approvals of inland projects.

Another important factor is the delays that are being experienced with the foreign Generation III reactor projects being built in China, namely the Westinghouse AP1000 and the Areva EPR. Both are running over two years late due to delays with delivery of key components and issues project management.

The delays on the AP1000 have important implications for the future Chinese programme as it had been expected that most future Chinese reactors would be of this design. Further AP1000 construction starts are unlikely until the initial unit (at Sanmen) is much closer to operating. The other "joker in the pack" is the arrival of the domestic Hualong design, now certified as Generation III standard by the national regulator NNSA.
Another possible influence is uncertainties over the structure of the Chinese nuclear industry. SNPTC and CPI are merging while there is talk of further realignment of the major groups and a degree of in-fighting.

In conclusion, on the assumption that the approval process for new construction starts recommences soon, the delays are not yet too serious to question the overall programme to 2030 and beyond.

The full version of this article was published in the March issue of Nuclear Engineering International. It is available online.