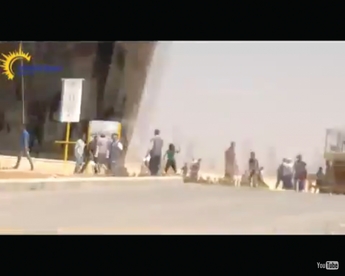 Many would argue that following the IAEA-TECDOC-1513 of June 2006 that sets the procedures for entering the nuclear club will always guarantee success. However, nuclear engineers and physicists insist that the Jordan Atomic Energy Commission (JAEC) has not only failed to follow these guidelines, but is also relying on false and misleading information rather than facts.

The Jordanian nuclear project has three phases: the mining of uranium as an income source for financing nuclear power plants (NPP); the development of a national nuclear academia; and the last phase, building five NPPs around Jordan to turn a small country currently dependent on energy imports into a net exporter of electricity.

From the start, a nuclear engineering department was inaugurated at one of the prestigious Jordanian universities to educate a new cadre of nuclear engineers. A contract was signed by the Korea Atomic Energy Institute (KAERI) and Daewoo Engineering and Construction to build a nuclear research reactor at the Jordan University of Science and Technology. JAEC decided on the site for the facility in 2010. It is a few kilometers away from the Syrian boarder on low land which unfortunately has a history of ownership that is contested by some Ramtha city families.

No one was invited to scoping sessions or public hearings. No feasibility study or environmental or social impact assessments were published. Public acceptance and participation appeared totally discounted by JAEC and its contractor, causing surrounding towns and villages to object to the project and hold weekly protests.

It has been over a year since the construction work began, and some buildings have been erected without any site permit license by the Jordanian Nuclear Regulatory Commission. No nuclear concrete has been poured, although a reactor foundation has been dug (see still 5, above). When this information became public, citizens in adjacent cities announced publicly (in front of a big audience) their willingness to be responsible for sabotaging the construction and the project as a whole.

If JAEC had responded to the public view the looters may not have directed their protest towards the buildings adjacent to the nuclear research reactor site.

The final phase of the Jordanian nuclear project was to join the nuclear club by building its first reactors. The first location was decided to be at Aqaba in Southern Jordan, on the Red Sea shore. On 15 December 2010, after spending large sums on consultant contracts to evaluate the site, JAEC chairman, Dr. Khaled Touqan, announced a sudden the move of the project to the north center of Jordan; a densely populated area next to the desert.

The new site sits between many towns and villages with a population close to a million in a 20 km radius. The site was too close to seismic activity and moving it to the northern desert would therefore “decrease the construction value by 15%,” Touqan reportedly said. But the suggested site does not have a lake or a sea or a sufficient natural source of cooling water. Instead it is closer to the sewage treatment station serving the capital Amman and Jordan’s third largest city (Zarka).

Again, IAEA-TECDOC-1513 was not followed all the way through by the JAEC. Jordanians did not see a feasibility study for the old site or the new site of the nuclear stations. What was worse was the failure to convince the nationals who live close to the new site. No one reached the cities and villages to get approvals from the public, proving how little the people of Jordan are involved. A protest movement was formed as a result of this and became very intense.

As part of the Middle East, Jordan has been affected by the Arab Spring. The wall of fear is falling and people are demanding democracy and human rights.

The basis of any nuclear project, or any other project (even a chicken farm), is public acceptance. In a period in which the region is undergoing massive changes, no one can afford to work against the will of the people. It is a very tense year we are going through.

I am sure that nuclear commissions around the world can work with the highest levels of professionalism, but what I see from JAEC is not close to that. The looting of the offices next to the nuclear research reactor was the proof. I do not support looting or chaos. This is why the nuclear project of Jordan has to stop now! This was the vote of the lower house of Parliament during its 30 May 2012 session, but again, it is something the government has so far overlooked.

Basel Burgan is president of antinuclear organisation Jordanian Friends of Environment. He is also a registered pharmacist, and has worked with radiopharmaceuticals, radioactive sources and blood irradiators since 1991. Basel Burgan, Burgan Group, PO Box 773 Amman 11118 Jordan. This article was published in the September 2012 issue of NEI magazine.