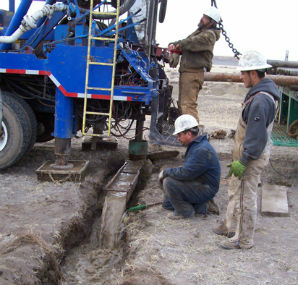 Despite decades of experience, modern tools and technology, and the sharing of international experience and best practice through peer reviews, it looks like licensing a nuclear facility is taking longer than ever.

Licensing or relicensing a nuclear facility is a complex task that helps safeguard the public and the environment. So it's obviously imperative do to it right. But at the same time it needs to be completed as quickly and as efficiently as possible.

Relicensing a reactor in the US is typically expected to take around four years - two years' preparation by the licensee and a targeted 22 to 30 months (with a hearing) for the regulator to review the application and make a decision. The costs for a licence renewal are shouldered by the licensee, and are in the region $20 million for prep and $4 million for the review.

To date, the majority of the 74 twenty-year licence extensions granted by the US Nuclear Regulatory Commission have been completed within the anticipated 30-month period, but since 2006 about a third have lasted longer than this, partly because they have become involved in lengthy hearings.

The Dewey Burdock ISL uranium mine in South Dakota, which was licensed this April 2014, started licensing prep in 2007 and submitted a licence application to NRC in early 2009, anticipating the review to take the remainder of the year and 'a portion of 2010.' (The applicant voluntarily withdrew its application and resubmitted later in 2009). In 2015, years after rising uranium prices fell post-Fukushima, construction is tentatively set to begin. But not before more hearings, scheduled for August 19-21.

It is important for members of the public to be able to have their say on these projects. In the US, a public hearing has to be held before a construction permit is issued for a new nuclear plant. It needs to be requested in the case of a licence renewal, but is becoming increasingly common. Why can't regulators deploy better forecasting tools to help project managers deal with the consequences of delays caused by public hearings?

In Canada, the regulator has recently granted short interim operating licences for the Bruce and Darlington nuclear power plants to allow operators 'additional time' to prepare for public hearings on their licence extension applications.

Japan's Nuclear Regulation Authority, which started processing restart applications for ten reactors from eight utilities under tougher post-Fukushima guidelines in July last year has only recently granted draft approval for the first two reactors Sendai 1&2, a process which has taken twice as long as an initial NRA estimate. Hearings are expected there, too.

Obviously, the length of a licence review will depend on several factors: the quality of the application, the amount of confirmatory work and how long the applicant takes to respond to questions and supply supplementary information, among others. It is not an exact science. Safety must remain the utmost priority.

If the duration of a current regulatory review of mature technology is uncertain, what will it be like licensing innovative designs such as small modular reactors, many of which plan to adopt new technologies and innovative passive safety systems? Earlier this month experts told a UK government select committee on small modular power that the licensing process for reactors could be 'streamlined' and assessed whether the UK's regulator should work together with the US NRC in an effort to accelerate the process.

Certainly the 39-month review period in which NRC aims to review the SMR design applications on the premise that they are 'complete' seems ambitious. Changing the process, providing improved guidance, involving international collaboration, supplying additional funding and human resources, moving to standardized designs, and drawing on experience could all potentially speed up licensing. But more important than speed is certainty.

I feel that regulators need to be more realistic about licensing expectations. They need to provide greater certainty on cost and schedule.

At the same time, regulators cannot simply work to their own timetables - governments will have to step in if they are serious about nuclear playing a significant role in a low- carbon future. It does not have to take so long to get a reactor built.

This article was first published in the September 2014 edition of Nuclear Engineering International magazine. Picture: Early work at Dewey Burdock.