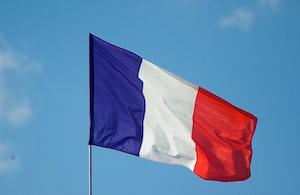 Forty years ago, France was gearing up to export its nuclear technology overseas, which resulted in successful projects in China and South Korea. By John Lindberg

In the March 1982 edition of Nuclear Engineering International, the expanded French ambitions for nuclear exports were presented, following the 1981 presidential and parliamentary elections that saw the socialists win power for the first time since 1958. With EDF being given a more active role in the export of nuclear power reactors, Mexico and Egypt were mentioned as potential projects.

State-owned electric utility EDF joined Framatome in the submission of the Mexican tender for two 900MWe and two 1300MWe nuclear plants, and was to lead the French effort to win the bid for two 900MWe plants due to be built in Egypt on a turnkey contract.

Until then, Framatome’s subsidiary Framateg had negotiated foreign contracts and EDF had merely intervened in an engineering capacity through its subsidiary Sofinel, in which it held a 60% stake alongside the 40% owned by Framateg.

The plans for French exports to Mexico and Egypt came to nothing (Mexico’s Laguna Verde consists of two GE BWRs and Egypt is considering Russian VVERs). But this did not stop six French reactors from being exported (two units in South Korea, and four units in China) between 1983 and 2002. Following the less-than-stellar track record of exporting the EPR to China, Finland, and the UK, France has renewed its export interests. Over the past months, EDF has made offers to India and Poland for six EPRs in each country.

Pre-licensing and conceptual design of Nuward, which started in 2019, is expected to be completed in 2022. EDF is “serving an international vision to meet global market needs by 2030,” Vakisasai Ramany, senior vice president, development at EDF, told NEI's Small and Advanced Reactors virtual event last year. [Register today to attend Small and Advanced Reactors 2022 on 13th September]

Nuclear power is big business, and the export of the atom has always been – at least partially – a tool to increase influence abroad. This is a game that has been, and continues to be, played by all the main players in the nuclear arena – including the French.

With the past 15 years having seen increased tensions on the global stage, and with the centrality of energy to modern life, it is likely that these tensions will increasingly influence the nuclear industry as well. Indeed, there are some signs of this already happening, with the United States having become increasingly assertive in the sphere after a considerable hiatus – in direct response to a perceived dominance by especially Russia in the nuclear exports market.

History makes it very clear that it is likely that competition between the major players in the nuclear business will intensify, and this is especially the case if we see an expansion of nuclear power beyond already-existing users.

Whilst an increase in politicisation is undesirable at some levels, it might also be a blessing in disguise, with more attention being paid to nuclear energy — again, this is confirmed by history. An expansion of nuclear energy will be crucial to ensure that the Sustainable Development Goals are met, and it is unreasonable to expect each newcomer country to build its own nuclear capabilities. According to World Nuclear Association there are about 30 countries considering starting a nuclear programme. This is why exporting the atom will become increasingly important.

NB: Any views or reflections in this piece are of the author alone and do not necessarily reflect those of any organisation or entity that the author is affiliated with.