Environmental impact of nuclear – is it really trivial? 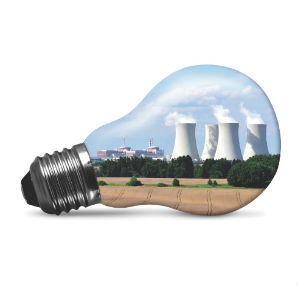 Steve Kidd looks at the environmental impact of nuclear power and how it compares with other sectors.

A strong element of the argument for nuclear power playing an increasing role in world energy is that the environmental impact of using it is very low.

If the strong credentials of nuclear on health, safety and the environment (HSE) can be established, the complaint by its advocates that it faces discriminatory treatment by governments and indeed by society as a whole becomes more powerful. Nuclear was arguably one of the first industries to experience a heightened degree of scrutiny by society, but now needs to convince people that it has passed with flying colours.

With regard to the energy sector today, it is climate change which has risen to the fore as the prime HSE challenge. Nuclear power's credentials here are very good but other environmental concerns such as all kinds of air and water pollution and the wider impact of intense industrial activities (such as in the oil and gas, chemical and steel industries) are arguably more important in today's world. In relation to these huge issues, the nuclear sector looks very small and inconsequential.

Serious studies back up this conclusion, for example the reports of ExternE, the World Health Organisation and the Paul Scherrer Institute. Economists argue that the external costs of fossil fuel generation (and hydropower too) should be incorporated in the electricity price paid by consumers or else there is a misallocation of resources. This would considerably alter the mix of electricity generating capacity in favour of those with low external costs.

While the environmental impact of nuclear is essentially trivial by comparison with other means of generating electricity and with other industrial sectors, ut there is still a long to go in getting this generally accepted.

The full version of this article will be published in the December issue of Nuclear Engineering International, out soon.