Does the auto industry avoid the level playing field? 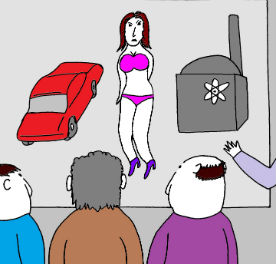 Advocates of nuclear power frequently complain that it faces discriminatory treatment by governments and indeed by society as a whole. Nuclear supporters claim that all they want to see is a level playing field, where its attributes can be fairly assessed and then recognised. By Steve Kidd

It is interesting, however, to examine how other industries have coped with the possibility of society and its representative organisations turning against them, for example the aircraft industry. The auto industry is another interesting case and one is reminded of this by the recent scandal that has engulfed Volkswagen.

If cars were suddenly invented today, would they even be allowed given the level of scrutiny that society now imposes on any innovations? This is very doubtful. But cars are not so different to other products we are very familiar with today and which have obvious negative impacts, for example tobacco and alcohol.

By cheating on emissions tests, the level of harmful substances from Volkswagen cars has been rather higher than what was previously thought. So some people have undoubtedly died rather earlier than they would have otherwise. This contrasts starkly with the zero likely to die prematurely because of the higher radiation levels caused by the Fukushima accident.

This is where the nuclear sector is entitled to expect more of a level playing field. Respected studies show that the environmental consequences of its operations are trivial compared with the auto industry and the use of tobacco or alcohol. Yet it has struggled to get people to appreciate this and the paradigm of fear persists. The nuclear sector ultimately has to do much more to help itself.

The full version of this article will be published in the November 2015 issue of Nuclear Engineering International, out soon for subscribers.