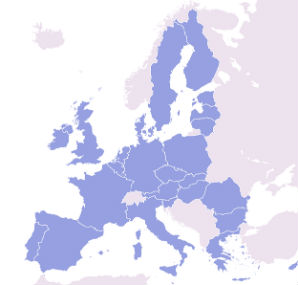 The new revision of the European directive for nuclear safety has some dramatic changes in store. By Will Dalrymple

Have you read the text of the new European directive on nuclear safety? Of course not. But you should. It may not be as pacy as a novel by Robert Harris, but it is just as shocking.

The text, which claims to be a revision of Directive 2009/71/Euratom, the one for a European Community framework for nuclear safety of nuclear installations, is taking the revolutionary step of making specific safety objectives legally-binding.

Point 8 of the former directive's preamble reads: "National responsibility of Member States for the nuclear safety of nuclear installations is the fundamental principle on which nuclear safety regulation has been developed at the international level, as endorsed by the Convention on Nuclear Safety."

The current revision acknowledges that sentiment, but points to more recent legislation and experience: a 14 March 2013 European Parliament resolution on the post-Fukushima stress tests, "the technical progress achieved" by the IAEA and the Western European Nuclear Regulators Association ('WENRA'), and other sources such as lessons learned from the stress tests.

Even the original draft of the new directive first put out last year isn't very exciting, apart from the notion of having periodic European peer reviews along the lines of the European post-Fukushima stress tests. But in the version adopted by the European Parliament in April, which still needs to be approved by heads of state (through the European Council), there are significant departures from the original version. Given that many provisions would have the force of law, these amendments make it a radical departure from the past.

Amendment 42 in the adopted text (originally Article 8a in the 2009 directive) now reads: "Member States shall ensure that the national framework requires that nuclear installations are designed, sited, constructed, commissioned, operated and decommissioned with the objective of preventing accidents and radioactive releases".

It continues, "in order to achieve the safety objective set out in Article 8a, Member States shall ensure that the national framework requires that nuclear installations are: (a) sited so that due consideration is provided to prevent external natural and man-made hazards and minimise their impact...."

"The notion that nuclear power plants should be designed to prevent radiation releases in the event of an accident, which is a dramatic new vision of nuclear safety, seems to be a post-Fukushima theme."

It should be said that most of the force of this article falls on new-build; it applies to existing nuclear installations "to the extent reasonably practicable."

The notion that nuclear power plants should be designed to prevent radiation releases in the event of an accident, which is a dramatic new vision of nuclear safety, seems to be a post-Fukushima theme. It came up in 2012 in comments from then-head of the US Nuclear Regulatory Commission Gregory Jackzo ('Views and reviews,' pp. 15-17, May 2012). I heard the idea raised again by a prominent EC speaker at the World Nuclear Association symposium last year.

This language was not in the original version. Previously, the 'objectives' statement above ended not on preventing releases but on 'avoiding' them. Similarly, the siting statement originally said 'avoid where possible' natural and man-made hazards. There are other significant revisions too, including a requirement that regulatory measures for beyond-design-basis accidents must be acted upon before a life extension can be granted.

I think that the authors of these revisions to the directive are trying to create a single set of European laws for nuclear safety, in what seems to me to be complete contradiction of Article 8. The agenda of this initiative is I think captured pretty well in the last sentence of the adopted text, referring to results of the periodic peer reviews proposed elsewhere in the directive:

“The results of the topical peer reviews shall be used to foster discussions in the nuclear community which potentially could lead to the development of a set of harmonised Community nuclear safety criteria in the future."

Discussing the pros and cons of such an idea is outside the scope of this leader. But I think it is safe to say that such a massive change would have huge ramifications for how nuclear power plants are operated in Europe.

Will Dalrymple is editor of Nuclear Engineering International magazine. Image: EU member states up until 2013, by JLogan