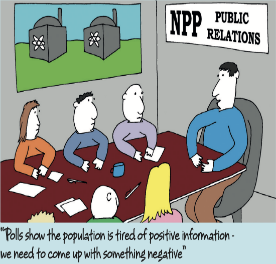 AS TIANWAN 5 ENTERED COMMERCIAL operation in early September the power plant became China’s second biggest by generating capacity. At 5070MWe it is second only to Yangjiang, which already has six units totalling 6000MWe in operation.

The two already rank among the largest power plants of any kind in the world, but Tianwan is going to grow. It is destined to have eight units: a further ACPR1000 is to start up before the end of next year and after that will come two further VVER-1200s, which are contracted and soon to start construction. When all the units are operating, sometime around 2027, the Tianwan site will host 8378MWe of generating capacity.

That will make Tianwan much bigger than the eight-unit Bruce site in Canada with its 6288MWe capacity, as well as still larger — but not operating — Kashiwazaki Kariwa in Japan, with 7695MWe. According to China’s current plans Haiyang will also become an eight-unit site, but details for all those units have yet to be announced, so Tianwan looks set to become the record holder for China and the world and to hold its position for some time.

Sited in Jiangsu province, some grandeur is appropriate. Tianwan is a four-hour drive north from Nanjing, which was at various times the capital of China and is still capital of the province of 80 million people. Jiangsu is about the same size as South Korea, with economic output comparable with Mexico or France. The name Nanjing means ‘southern capital’ (as opposed to Beijing, the ‘northern capital’), and it has a population of 8.5 million. Tianwan could easily power this from its position hidden behind a hill and facing the Yellow Sea.

China’s cookie-cutter approach to a large nuclear roll-out has been technically exemplary. These plants of several largely standardised units are the stuff nations are built of. Few other nations have anything like China’s ambition for development, or the planning capacity to set their own destiny in this way. But Tianwan on its own will not meet even 1% of China’s electricity needs (working roughly from a 90% capacity factor and 2014 average consumption figures). Is it possible to roll out 10, 20 or 30 plants like this? That’s the plan. China’s development path is already set to take it to the leading position in the industry by 2030.

Thanks mainly to construction achievements in China, in terms of generation nuclear has now recovered the ground it lost after to the Fukushima accident. In 2010, the last full year before that accident, 2630TWh was recorded as nuclear’s global total production. In 2012, the first full year afterwards, the figure had slumped by 311TWh, thanks to shutdowns in Japan and Germany. But by 2018 China had brought online 30GWe of new capacity and grown its total nuclear generation by 184TWh, a stunning 60% of the work that helped the industry to recover.

Despite that great achievement, nuclear remains at a standstill in most markets due to the steady closures in the West. In a bid to get more people to care, the head of the International Energy Agency Fatih Birol said that “nuclear closures are undermining progress in wind and solar.”

As one of the few countries actively building nuclear, the world needs China to keep going. So I was concerned to read recently that Chinese public relations methods might be storing up problems for the future that could undermine all these achievements and potentially even bring its nuclear plant production line to a halt.

A report in Nature Energy highlighted research led by Hongfeng Qiu at Xiamen University into the communication strategy employed by industry and government in the rural area near the Zhangzhou nuclear power plant, where the first two of six Hualong One units are in the early stages of construction.

Through a process of 500 interviews, Qiu “identified several strategies that are being used to control information about nuclear risk in the news,” said the report. The first method was to “arrange guided tours of well-run nuclear plants”, which is something I would support — there is nothing like the experience of seeing a plant with your own eyes and meeting the people that work there.

The next technique was “selecting designated journalists for exclusive favourable reporting”, which clearly risks considerable damage to the quality of information. Even if it is a thankless task, nuclear communicators and sites must be open to sceptical and even unfriendly journalists. The third technique was “monitoring online forums”, which is a poor combination with state-controlled and censored social media. And finally, “flooding the internet with government propaganda,” which is not the kind of communication I think any of us should condone.

The end result was that Qiu found a strong correlation between trust in local government to control the risks of the nuclear power plant and agreeing with the positive framing of information on it. While it is not surprising that people who trust an authority are also ready to believe it is acting in their best interests, the two scientists summarising the study for Nature News — Lei Huang of Nanjing University and Yang Liu of Emory University, Georgia, USA — said that authorities were effectively only allowing positive information to reach people.

There is evidence it should at least try. Public approval for nuclear development dropped after the Fukushima accident, and opposition in the streets has caused projects to be cancelled. Plans for a reprocessing plant at Lianyungang — near Tianwan in Jiangsu province — were dropped in 2016 after street protests and violent clashes with police. “It is unsafe to see another nuclear project coming and besieging us,” one resident told state-run Global Times. In 2013 a similar story played out in Jiangmen, Guangdong province, where a fuel cycle centre had been planned but was rejected by local government within hours of a street protest. There were even rumours that the Jiangmen demonstration had been paid for, to manufacture a reason to rethink the plan.

Whether they are real or not, on the rare occasions they occur street protests against nuclear seem to cause Chinese authorities cave in. Can it be that they decided to assert total control over information to preclude any dissent? It’s impossible to know and foolish to guess, but it’s clear that a deluge of 100% positive information would scarcely be credible to anyone capable of doing their own research. The Nature News report notes that official denials of COVID-19 by Wuhan authorities caused rumours to spread even faster and to overwhelm information control systems in January. They also note that more honest publishing of data after a certain point gradually brought the rumours under control.

It is easy to imagine a rumour of a nuclear accident or incident following the same trend, should one get started. If there was a genuine public safety incident and the many trusting citizens found out they had been misled it would be very hard — if not impossible — to rebuild trust.

China should learn the lessons of the Fukushima accident and not create a ‘nuclear safety myth’ of its own. Advanced planning and construction needs to be matched with advanced stakeholder engagement, or trust built on unrealistic foundations will be lost.

Three things are essential for nuclear operation: competence; approval from a regulator; and public trust. You will not last long if you lose any one of them. Industry’s fortunes in the West, in Japan and in South Korea all show that if you lose support and stop building, your supply chain and skills quickly evaporate and it becomes an extremely long, difficult and painful road to get moving again.

China should not mistake the world-beating strength of its nuclear power plant construction sector for some kind of invincibility when it comes to public support. China could be storing up a public approval problems of equal size to its power plants.

The bigger they come the harder they fall and the world cannot afford Chinese nuclear to falter.