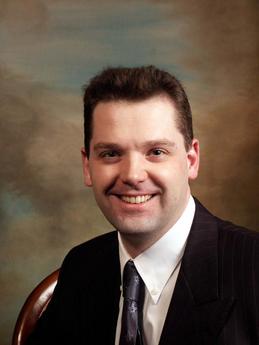 Environmental legislation is traditionally regarded as an added cost, not a source of value, but the UK government’s Energy Act 2004 may soon turn this on its head, placing environmental innovation at the heart of Britain’s nuclear clean-up strategy.

For companies competing to decommission nuclear sites, environmental performance will be a huge differentiator. Out will go the vertically-integrated public sector management structures of the past, to be replaced by modern performance-based management contracting arrangements under the government's new Nuclear Decommissioning Authority (NDA), relying on innovation to reduce the projected £2 billion ($3.6 billion) per year cost of clean-up in the UK. And therein lies the problem: true innovation requires risk-taking but managers in the nuclear industry are traditionally implementers of government policy rather than innovators; often only the safest, and by the same token least innovative, ideas are taken forward. This is not surprising since scientists traditionally favour analytical thinking over the capacity to innovate.

Breakthrough answers needed to solve decommissioning problems are unlikely to be found within the continuous improvement culture of the old style nuclear industry; better mousetraps won’t necessarily make a big difference to the estimated £48 billion ($88 billion) cost of decommissioning Britain’s civil nuclear infrastructure over the next 100 years.

Of course the regulators can play a role in encouraging environmental innovation, but no amount of regulation can make a nuclear workforce embrace these qualities. Indeed, the UK system itself is highly conservative, inevitably favouring least-risk solutions. Regulators are subliminally inclined towards accepting only the safest option, partly because of personal liability clauses in UK environment, health and safety legislation for inspectors. How then, can the nuclear sector innovate effectively? The answer seems to lie with importing fresh ideas.

Steve Jobs, founder of Apple Computers, points out that the reason creative people are able to innovate is that they’ve often had more experiences or thought more about their experiences than other people. Ironically this could place companies outside the UK nuclear sector in a stronger competitive position to manage clean-up projects. For traditional nuclear operating companies, the challenge is to go outside the nuclear industry to find and bring back new solutions. Management processes are artefacts of technology and need to be replaced as better technology offers different opportunities.

The strategist Richard Koch points out that innovation is not the same thing as invention: innovation recombines already existing ideas and technologies but in different ways. The more familiar the parts, the more striking the new whole. The essence of innovation is to look beyond your immediate business environment to solve problems – and even then innovative ideas probably won’t be born with an automatic business case attached.

The USA is a reasonable analogue for the UK nuclear decommissioning market and its scope for innovation. While experiences with US nuclear waste may not always be typical, they are important because the USA has the oldest nuclear programme in the world, the largest amount of waste needing disposition and the most financial resources to do so sensibly and safely. The US situation provides a best case analysis of typical waste related problems that could be encountered by the NDA. Nevertheless, making progress has not been easy, even for Americans. Soon after entering the White House, US president George Bush's administration ordered a root and branch review of the Department of Energy’s (DoE's) $220 billion Environmental Management Programme (EMP), one of the largest nuclear clean-up programmes in the world. The conclusions, published in 2002, were surprisingly frank in exposing serious weaknesses in the US decommissioning system.

Assistant secretary of energy for environmental management Jessie Roberson commented that her EMP team had "focused on managing risk rather than reducing or eliminating it. We have avoided many tough decisions, rather than confronting them. We have not held ourselves accountable to deliver real risk reduction. In short, our indicators measured process not progress, opinions not results. Obviously, a programme that reports high success in its internal indicators while failing to deliver to the public has a real problem."

Difficulties in the USA have focused on the relatively small proportion of the environmental budget that is actually spent on cleaning-up sites. Since the EMP began in 1989, only one third of the programme’s $60 billion expenditure has been spent on real clean-up. Not surprisingly, Bush’s review team concluded that without a fundamental change in the DoE's contracting strategy, nuclear clean-up timescales and costs would inevitably increase to more than $300 billion and lead to unnecessarily prolonged and potentially severe public health and environmental risks; something which echoes in the UK where, in 2002, BNFL’s long-term clean-up liabilities exceeded its assets, precipitating action by the government to create the NDA.

Last year Bush sought a record $7.24 billion from Congress to begin an accelerated clean-up of US nuclear sites, aiming to halve the 70-year remediation timescale and in doing so save $50 billion in total lifecycle costs. At the heart of Bush’s new strategy is a shift away from management and operation (M&O) contracts, where fees are paid largely on the contractor’s level of effort, towards performance-based contracting using fixed-outcomes and clear end-points that need to be achieved. In Britain the NDA is aiming for a hybrid base fee approach, where the contract remuneration scheme will generally provide for cost recovery but the profit element will depend upon contractor performance.

Overall, Bush’s policy review concluded that clean-up work should be prioritised to achieve the greatest risk reduction at an accelerated rate, and that performance-based contracting is the single best opportunity for enhancing delivery. But interestingly, the DoE also recognised that fees for contractors may not have been adequate to attract best-in-class contractors. DoE’s share of the environmental management market in the USA has dropped from 12% in 1997 to around 8%. Regardless of whether the US case is typical, its shortcomings indicate that even with well-funded programmes, excellent scientific expertise, and a long history of dealing with nuclear waste, both technological and managerial problems are likely to remain for some time.

In Britain, the government's Department of Trade and Industry (DTI) seems to be taking the US lessons to heart as its NDA team develops contract structures designed to encourage innovation, leading to reduced cost and schedule. The challenge for potential nuclear site operating companies is to turn innovative environmental performance into a differentiating source of competitive advantage. But what sorts of innovation are really needed?

Last year DTI gave evidence to the influential Parliamentary Trade and Industry Select Committee, hinting that it did not necessarily accept the need for greater investment in nuclear research, saying that the NDA's innovation strategy should be targeted at practical decommissioning needs instead. The innovations needed are in better management processes rather than high technology solutions – process simplification not complication. The DTI subsequently published a major report on innovation, Competing in the global economy: the innovation challenge, which stated that the UK record of knowledge transfer and exploitation by business has generally been weak. The DTI went on to say that if real change is to be achieved then innovation must become embedded in the thinking of all government departments and agencies, such as the NDA, and there must be greater collaboration between them.

DTI pointed out that the UK government purchased £109 billion ($196 billion) of goods and services in 2002 and therefore has huge potential to stimulate innovation by acting as an 'intelligent customer'. The IAEA director general, Mohamed ElBaradei, has made similar points emphasising that nuclear innovation efforts must be more than purely technical. As a business discipline, innovation is gaining momentum because it is seen as an enabler. Nevertheless in many cases innovation remains an expensive bolt-on activity rather than a core business function. Attitudes towards nuclear risk must also change. In the USA risk is not always seen as a bad thing – in fact risk taking is an essential component of a competitive company in a competitive market place.

What sets these leading companies apart seems to be an ingrained commitment to innovation. It’s no surprise that a visit to any AstraZeneca or GlaxoSmithKline site reveals clean, well managed, highly productive and environmentally conscious manufacturing facilities. The pharmaceutical and healthcare industries, strong performers in FTSE4Good, have much in common with the nuclear sector at strategic level; both are high added value industries operating in tight regulatory environments where large amounts of money are spent on projects with significant corporate risks. The pharmaceutical sector would be a good starting point for would-be nuclear contractors to borrow best-in-class ideas.

Innovation also applies to regulation. The best known example is the US Environmental Protection Agency’s Project XL (excellence and leadership) initiative established by the then president Bill Clinton. Project XL was a voluntary scheme which offered participating companies reduced regulatory inspections, simpler licensing and an enforcement amnesty for minor licence breaches, in return for superior environmental performance. Project XL began in 1995 and was continued under the Bush administration.

More recently the UK Environment Agency has published similar proposals under its 'Frameworks for Change' initiative. At heart both initiatives are collaborative approaches that focus more on the specific environmental outcomes that need to be achieved, and less on the regulatory methods needed to deliver them. Flexibility is the key. Innovation is stifled when regulators define business processes in great detail. In fact, DTI's 2003 innovation study identified flexibility of the regulatory environment as one of seven critical factors necessary for successful innovation. The nuclear regulators and the NDA will need to work much more closely together in the future to agree precisely what clean-up methods and techniques are fit for the purpose and share best practice across the UK clean-up programme.

In short, innovation is fundamentally about change. The intention of this article is to offer ideas on ways and means not musts and shoulds. The important thing is to make sustainable change -– real change that will stick after you move on to your next nuclear project.