Commissioning nuclear in Australia? A call to action 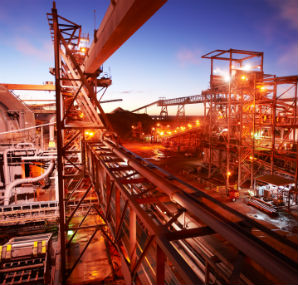 The World Nuclear Association calls on the global nuclear community to share its expertise with the South Australian Nuclear Royal Commission so that it can plot a path for civil nuclear power. By Agneta Rising

It is only natural that Australia should consider an expanded role in the nuclear fuel cycle as it attempts to address its climate, energy and economic challenges. The country already has one of the most advanced nuclear research and medical facilities in the world and it is one of the largest suppliers of uranium. However, Australia currently makes no use of nuclear to generate electricity - in fact, it has laws in place prohibiting this. Most other civil nuclear fuel cycle activities are banned under law.

A Royal Commission into expanding nuclear fuel cycle activities is a chance to move on. The Commission is limited to investigating the opportunity for economic nuclear development in the state of South Australia, but in practice anything beyond further mining would require change at the national level. These kinds of opportunities come along very rarely. The South Australian Royal Commission offers nuclear industry professionals worldwide a chance to showcase their knowledge, expertise, experience and technology.

Should the South Australian government choose to expand South Australia's nuclear role, those who make high quality submissions may find opportunities in an exciting new market.

The anti-nuclear movement in Australia has been very influential. This led to a national prohibition on fuel fabrication, nuclear power, enrichment and reprocessing facilities, as set out in the federal Environment Protection and Biodiversity Conservation Act of 1999 and Australian Radiation Protection and Nuclear Safety Act of 1998. In the late 1970s it also led to the federal Australian Labor Party limiting uranium mining and export.

"Half of South Australia's 5.3GWe capacity is gas-fired"

The question of whether Australia should develop nuclear energy has been raised several times over the last 60 years, usually by conservative politicians (represented by the Liberal Party of Australia). The country has abundant coal close to population centres, and by using this for more than 80% of electricity it has enjoyed some of the world's lowest power prices. But climate change concerns have changed the outlook, and South Australia has always been less well-off than the eastern states in terms of electricity options. Half of South Australia's 5.3GWe capacity is gas-fired, and its average wholesale power price is 30% higher than in the eastern states.

A previous Liberal coalition federal government commissioned a high-level inquiry into nuclear energy and it reported positively in 2006 (the Uranium Mining, Processing and Nuclear Energy Review, UMPNER). It concluded that any long-term energy strategy for Australia should include nuclear alongside coal, gas and renewable energy, and that commercial opportunities existed in uranium mining, processing and enrichment and in waste storage. Much has changed since then, notably the uranium price. UMPNER chairman Dr Ziggy Switkowski said that the Royal Commission inquiry was "timely for a number of reasons" and that "nuclear power still offers the greatest option in providing cost-effective, clean, base-load energy".

In 1976, the South Australian government, in its submission to the Ranger Uranium Mine Inquiry, said nuclear power appeared inevitable for the state, perhaps by 2000. History proved different.

The 2006 UMPNER inquiry reported that nuclear power would be 20-50% more expensive than coal-fired power at that time and it would only be competitive if "low to moderate" costs (US$12-30/tCO2) were imposed on carbon emissions. It said: "Nuclear power is the least-cost low-emission technology that can provide base-load power" and has low life cycle impacts. Since then, household power prices have doubled.

The National Generators Forum published a report in 2006 (Reducing Greenhouse Gas Emissions from Power Generation) which concluded: "Stabilising emissions at present levels and meeting base-load requirements could be achieved with nuclear power at comparatively modest cost." Nuclear power would halve an expected increase in electricity prices of 120% to 2050 and "At $20 per tonne of CO2 price, nuclear starts to become more cost-effective than current fossil fuel technologies."

Whether nuclear power is feasible for Australia therefore depends on climate mitigation policies, on reducing coal or on a carbon price. Absent this, a more innovative approach will be needed to secure financing.

Back in the 1960s Australia started an enrichment research programme. The feasibility of an enrichment industry was investigated in the 1970s but work was never taken forward, in part due to the Labor party policy noted above. Nevertheless, the country boasts some serious credentials in the area and has pioneered research into new enrichment technology.

An Australian company started to develop a laser-based uranium enrichment technology in the mid-1990s. In 2006 it entered into an exclusive agreement with an international partner to commercialise the technology. In 2012 Global Laser Enrichment, as the enterprise is now known, received an operating licence from the US Nuclear Regulatory Commission, and in 2013 it began exclusive negotiations with US Department of Energy for a tails processing facility.

Like all countries with a nuclear research and medical sector, Australia has its share of radioactive waste. A national initiative was launched last year seeking land-owner volunteers to step forward with potential sites for facilities to store intermediate-level waste, and for the disposal of low-level waste. Australia does not technically have any high-level waste. Its research reactor spent fuel is reprocessed abroad and the returned waste is classified as long-lived intermediate-level waste.

Nuclear power plants would change that equation. They would require a high-level waste repository, but could also help to subsidise the disposal of the comparatively small volume of medical and research waste.

There has never been serious consideration of a commercial reprocessing facility in Australia. However if nuclear power plants were introduced the question of whether to pursue a closed or open fuel cycle would have to be addressed.

A major research programme carried out in the 1990s to identify a suitable site for a potential multinational repository, Pangaea Resources, put Australia top of the list. However the proposal was unpopular and did not proceed. Whether attitudes have changed could be a question for the Commission.

One South Australian has not been shy in seeking to shape the debate. Senator Sean Edwards proposes "that South Australia stakes its claim in the global nuclear fuel recycling industry." It would mean using the world's spent fuel for fast reactors, via a reprocessing plant. The venture would be supported financially because overseas governments would pay South Australia to take their fuel.

On the ABC Environment blog on 18 March, Edwards said, "In developing this proposal I have been in talks with potential foreign partners who have raised the possibility of meeting our capital costs if we meet their recycling needs. Read: no start-up costs. Those talks continue."

Continuous, reliable low-cost electricity would transform the state's economy. After processing and reuse of fuel, small amounts of relatively short-lived waste would remain. "The science is sound, the business case has been made and the public is behind us. The challenge is a political one," notes Edwards. There has been remarkably little pushback on this proposal.

The Commission is keeping an open mind regarding outcomes and is seeking to identify the pathway offering the most potential for economic rejuvenation to the state. However, it does raise intriguing questions as to exactly what kind of technology a nuclear newcomer might realistically expect to introduce. Is there a possibility to skip a generation? What are the benefits and risks of early adoption?

The time appears right for a new investigation and a Royal Commission is the most powerful and rigorous body that can be created under Australian law to deal with such a matter.

Public attitudes have begun to shift, making a national policy change achievable. In 2014, a polling of 1200 people carried out by the South Australian Chamber of Mines and Energy found that 48% of respondents support nuclear energy, while only 33% recorded any form of opposition. Just under 20% were neutral. These levels of acceptance are enviable, even for countries with nuclear energy and a clear basis to explore opportunities.

It will take a lot to change political inertia in Australia, but your expert response to the Issues Papers is a great starting point. Get involved, and help make a difference!

Agneta Rising is Director General of the World Nuclear Association.