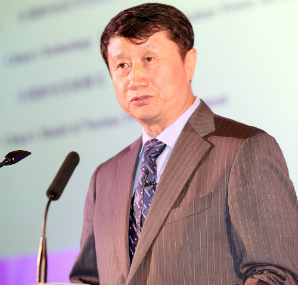 In a panel discussion, Luc Oursel, CEO of AREVA said that industry companies should be more open, whether to criticism, opinions, or to outside experts. "We should be honest, modest, sometimes humble."

Vincent de Rivaz, CEO of EDF Energy (the French utility's UK subsidiary), also said that corporate governance plays an important role. de Rivaz said that the key to public acceptance rests in the credibility of the operator, which has ultimate responsibilty in an accident. "Nobody talked about how Fukushima was a GE reactor," he said. He said that EDF Energy is likely to have its best- ever performance this year in terms of safety and performance (expecting to generate 60 TWh, up from 40 last year). "We have done that in changing attitudes toward transparency and openness." For example, he said that over the past year it has opened five visitors' centres, with a sixth to come next month. "We have nothing to hide. We deserve the trust of the public. This is not about preaching or lecturing," he said. (No news, by the way, on the continuing negotiations with the UK government about the level of a low-carbon market support mechanism. He said: "We are doing everything that we can to cross the finish line.")

Although the chief of another vendor, the irrepressible Danny Roderick, Westinghouse president and CEO, argued that the major limitation on new-build nuclear growth was economic rather than public opinion, his comments demonstrate the same kinds of concerns as his French counterparts. When asked about the skills shortage, he said he isn't worried anymore about this issue, because when Westinghouse looked for engineers it got them, and good ones too. "Let's face it; they will probably be better technically than we are," he said.

But he went on to say that what was a corporate training issue is how well these new employees understand the cultural history of the industry. Will they really appreciate the lessons of his generation's experience so that they do not have to relearn them? For example, he gave a one-sentence summary of the lessons of each of the major incidents. Three Mile Island taught us that teaching operators is not just about pushing buttons; they have to understand how reactors work. Chernobyl is about the importance of developing safety culture among nuclear power plant workers. Fukushima is about what happens when you go beyond the design basis. The summary is admirable for a characteristic that is not so common in the nuclear industry, not excluding this author's own work: simplicity.

Another conference speaker's professionalism and international outlook was also impressive: "We will commit to cooperate with all parties to offer a world with safer, cleaner and more economical nuclear energy for mankind," he said. This statement could have come from any international vendor's presentation. But here's the thing: the speaker was Wang Binhua, of Chinese vendor SNPTC, which has so far been focused mainly on the Chinese market.

He said that SNPTC was "very willing to share with emerging nuclear power states experience in localization and industrialization." It is the AP1000 technology transfer partner with Westinghouse, and is building four AP1000s, with eight more to start nuclear concrete within the next year, plus nuclear concrete on a demonstration unit of a larger indigenized design (see p6), which it would be looking to sell abroad. Not just a nuclear importer anymore.