A fresh start on an old problem 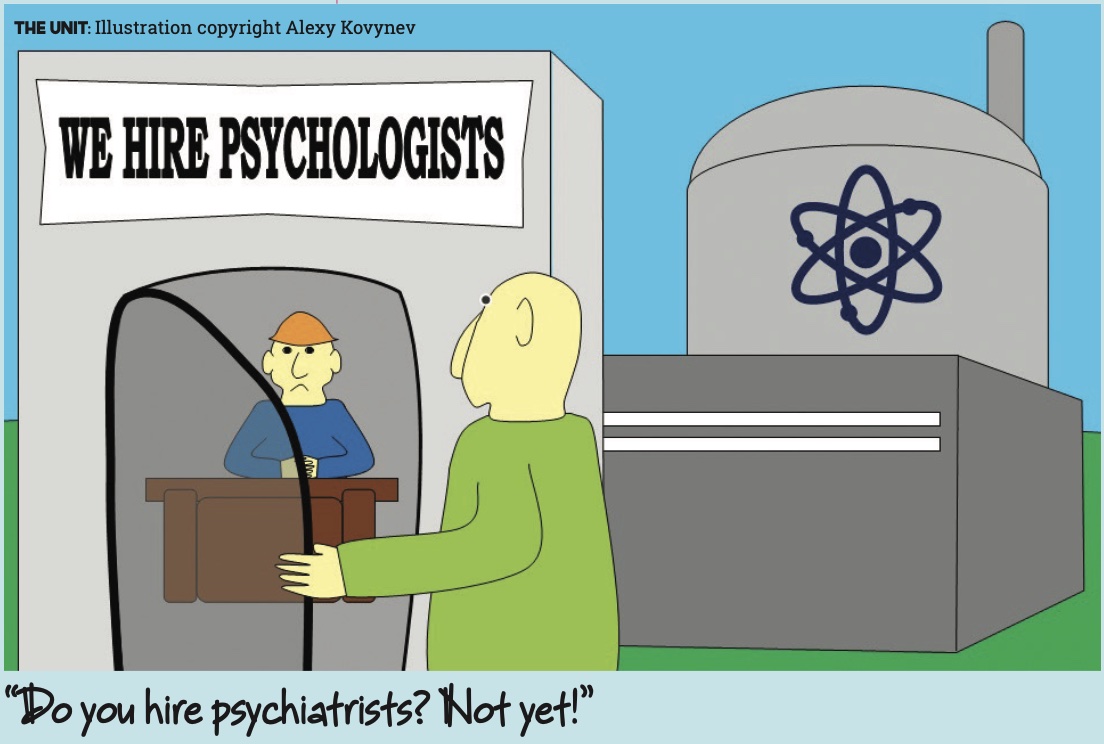 Learning to communicate properly seems to be a perennial challenge for the nuclear industry. Could the emergence of the new generation of smaller modular and advanced reactors at last teach the nuclear industry how to see past this glaring blind spot?

The physics of the fission reaction may remain the same, but the overall package that a power plant comes in can make all the difference. That’s why small and advanced nuclear units have the chance to play a different technical and social role compared current nuclear power plant designs. They bring solutions to different problems, although they still face some of the same old issues.

I recently heard a panel of experts in advanced nuclear power calling for additional public relations efforts that make society aware of the benefits and the reasons we are pursuing nuclear power. “A lot of the delays are not technical. They are political or public perception delays,” J’Tia Hart of Idaho National Laboratory said during the discussion.

Hart continued, noting that new energy products enable new partnerships, some of which are not traditional or obvious. Those new customers and neighbours don’t need to hear the details of a new reactor design. They need to hear how it will improve people’s lives in their communities or boost the economic development of their industry in contrast to occasions in the past when nuclear has not been a good neighbour, especially to indigenous people. This dovetails with the needs of an incoming workforce which doesn’t just want a job that pays but demands a role that has a purpose. Being environmentally responsible and playing a big role in environmental protection, nuclear energy has the moral compass to offer this, but it won’t be recognised unless it has visible advocates who are proud of their work. “These are extrinsic factors that we need to address,” Hart concluded.

These were among the views expressed at a session on small and advanced nuclear at the IAEA General Conference in September. Checking the conference programme to see how many sessions and side events at that huge gathering of 2500 people were focused on this work of ‘engaging with stakeholders’ shorthand for effective communication as a way to influence the public it became clear that out of 92 side events there was just one.

And that one was specific to one country’s experience with one kind of project. So, while nuclear’s ‘communication problem’ becomes ever clearer, it’s hard to avoid the conclusion that the global industry is still not very serious about solving it.

If the industry was serious, what would we see? Perhaps a peer-to-peer network would share best practice so communicators can import proven methods and strategise with experts who have done the same things before. Possibly the latest research results from social sciences would be applied to make sure the nuclear power industry behaves in ways that build the trusting relationships it needs. It might be that an industry association might work with one of the world’s biggest and best PR firms to create a set of tools and training courses for its members. Conceivably there would be regular international and regional conferences where all this is discussed. And maybe there would be annual comparative research on the exact nature of the issue in different countries. Such is the cost of doing business with this technology when it goes right that these efforts would be seen as a trivial investment and when compared to the astronomical costs of getting it wrong, these kinds of costs are miniscule. Loss of public support can paralyse any business, force it into early closure or even write off a whole country’s industry.

The IAEA does a lot of foundational work with its counterparts in member states, and especially with newcomer countries, thanks partly to the 2020 introduction of the first General Safety Guide on arrangements a country should make for public communication in emergency situations. This important post-Fukushima development brought in the first guidelines on how nuclear organisations should communicate and marks the first concrete acknowledgement that good communication is actually of vital importance.

International support in the area can be crucial. An IAEA event on using social media to communicate with the public in 2019 proved to be its largest Technical Meeting ever, attracting about 130 communication managers from nuclear organisations around the world. Clearly there is demand for support on this topic. The depth of the need was underlined by a poll that revealed the majority of the audience had no training or expertise in communication. They had typically been given the responsibility on top of their technical role. I doubt there are many other areas within the nuclear energy sector where an organisation would give responsibility to someone who doesn’t have appropriate training or experience. This is not to say they were bad people, but it’s fair to say they probably weren’t the best people available for the work in their home country. In one session an audience member excitedly asked, “What can we learn from psychology? Why don’t we hire psychologists?” A speaker replied that, yes, she actually was a psychologist and, for sure, hiring more people like her is precisely what the industry should be doing. Even though the question shows the audience member was discovering their job in real time it was nevertheless a very good question: why doesn’t the industry hire psychologists?

Unfortunately, the communications discipline just isn’t respected enough in the nuclear community. A seemingly unwritten rule remains that the only ‘real’ nuclear people are the qualified engineers and anyone else’s opinion can be discarded. Over decades, this has established an engineering monoculture that has been very slow to take on other ideas and is only just getting past its inhibition to innovation.

It is good news for the industry that the incoming small and advanced nuclear sector presents an opportunity for change. Their new applications and new customers necessitate that things are done differently, as does their future workforce and the emerging global policy environment. They represent an opportunity to grasp the ‘communication problem’ anew and make a fresh, more focused, start on that also.

A beacon of the changing times can be seen in the micro-reactor company Oklo, which decided from the start that its product should be something ‘that people want’. Recognition of the importance of social considerations of nuclear are seeping through via environmental justice seminars here and there. Deep Isolation has made consent-based siting integral to its waste disposal offer. Meanwhile, the Good Energy Collective has for two years been sponsoring the social science needed to inform future nuclear developers. The ideas, the research and the practices for a new social contract to go with new nuclear technology are becoming available for developers – that is, if they choose to use them.

Author: Jeremy Gordon is an independent communication consultant with 18 years of experience in the international energy industry. His company Fluent in Energy supports partners of all kinds to communicate matters of clean energy and sustainable development.