A fine old mess to sort out 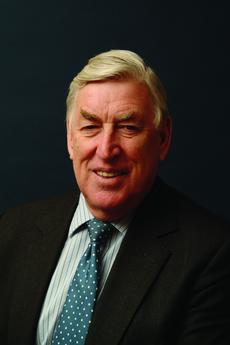 The UK’s Nuclear Decommissioning Authority (NDA) has recently put forward its plan to clean up all 20 of the civil nuclear waste sites it inherited on 1 April this year. NDA chairman Sir Anthony Cleaver spoke to NEI about the first six months of the organisation’s full operation and outlined the reasoning behind the main points in the draft strategy.

Cleaver emphasised that the strategy for cleaning up the UK’s nuclear legacy is still at the draft stage, but said the NDA believes it is the best way forward. Asked whether it is realistic to rely on long-term management solutions to the country’s intermediate-level radioactive waste (ILW) and high-level waste (HLW) being decided within the next few years, he pointed out that the strategy would only be affected at the stage of final disposal. “It isn’t that we’re sitting here saying: ‘We’ve got to have this solution and the whole thing falls apart if not’,” he said. However, “the one thing that we wouldn’t be able to do if there isn’t a destination for ILW is we wouldn’t be able to decommission the Magnox sites in 25 years.” Clearly, if there isn’t a destination for the waste, then waste arising from cleanup operations will either have to remain on the sites, or be rationalised at a reduced number of storage centres.

In all likelihood, the Committee on Radioactive Waste Management (CoRWM) will recommend some form of phased deep disposal by the July 2006 deadline, but swift action from the government following CoRWM’s recommendation is far from certain.

Cleaver maintained that a lack of a waste solution within the next few years would not seriously undermine the strategy. “There isn’t anything I think in our strategy that would necessarily be different if we don’t get a decision for five years or whatever,” he said.

However, the wording of the draft report itself does contain more of a sense of urgency. “Any delay in the delivery of CoRWM’s recommendations, the government’s subsequent decisions or in work to implement the long term management arrangements would have significant implications for the NDA,” it states. As well as delaying the proposed acceleration of the decommissioning schedule of the Magnox sites, the NDA’s proposal to rationalise interim ILW storage arrangements would also be less likely to go ahead without the availability of a repository. It is difficult enough to get local stakeholder approval for an interim waste store, but it would be almost impossible without a decision on the final destination for that waste. In addition, a delay on the implementation of a waste strategy “would limit our ability to reduce the cost of decommissioning and clean up,” the report notes.

The government’s response (or lack of it) to CoRWM’s recommendation is therefore one of several critically important events for the NDA that will take place next year. Another key event next year will be the findings of the European Commission’s (EC’s) state aid investigation into the NDA. The EC is looking into the legality of the transfer of some of BNFL’s assets (such as Thorp and the Magnox stations) and associated liabilities to the NDA. When the investigation was first announced, the EC stated: “This advantage provided by the UK government is likely to be state aid within the meaning of Article 87(1) of the EC Treaty.”

While the EC is developing a reputation for tough talking but little action in such matters, the NDA certainly has its hands tied until the investigation is over. In the highly unlikely event that the EC finds against the UK government, it would probably put the NDA’s strategy back on the drawing board.

For the duration of the investigation the level of funding available to the NDA for work to be done on the former BNFL sites is limited to the level of existing state resources – constituted by the sum in BNFL’s nuclear liabilities investment portfolio (NLIP) and the sum of revenues from the operating facilities. For the current year, the former figure (funds equivalent to those transferred from BNFL’s NLIP) comes to some £675 million ($1.22 billion) and the latter (forecast receipts from income-generating activities), around £1.1 billion ($2.0 billion). Since the cost of operations is projected at over £1.1 billion, there isn’t a great deal available, relatively speaking, to spend on the cleanup of former BNFL sites this year. Funds for the cleanup of facilities associated with government research and military functions (£503 million this year) cannot be diverted to other activities as long as the investigation is underway.

Until the NDA is ‘allowed’ to receive more than the amount available in the NLIP (or until the NDA manages to make more money than it spends on operations), the NDA will therefore be limited in the amount of cleanup work it can carry out at the former BNFL sites. Cleaver pointed out that the majority of the liabilities are at these sites: “Sellafield itself represents 60% of the liabilities,” and: “Seven of the eleven Magnox stations are currently either defuelling or decommissioning one way or another.”

Cleaver said he expects the NDA’s overall income to remain at the current annual level of around £2.1 billion ($3.8 billion). Since operating facilities will be shutting down, “the amount that comes from government directly will increase and the amount from operations will decrease,” assuming, of course, that the state aid question is resolved.

COST OF THE PLAN

Should the level of funding remain at the current level, it is not certain whether this would allow the NDA to accelerate the decommissioning schedules as outlined in the draft strategy.

Cleaver acknowledged that decommissioning earlier would mean that the material would be more radioactive than after a cooling down period of, for example, 70 years. Tackling this higher level of radioactivity would therefore be more expensive under an accelerated schedule. On the other hand, he said he didn’t know whether accelerated decommissioning would be more expensive since there are a lot of costs that won’t be incurred. “We would be saving 70 or 80 years during which this stuff would otherwise be sitting there. And as long as it’s sitting there it’s got to be safely contained, you’ve got to monitor it, you’ve got to maintain the facilities in which it lies, you can’t use the site for anything else, and you’ve got potential security issues.”

As noted in last month's article on the draft strategy (see link below), the NDA expects the projected costs of the liabilities to go up in the near term, as the understanding of the extent of the liabilities increases. “It’s only when you have really got a solid understanding of what is actually necessary to be done that you can bring in the innovation and bring the costs back down again,” Cleaver said, adding: “Last year the projected costs went up simply by adding up the lifecycle baselines for all the sites. It is possible that that will happen again but we ought to be getting a lot better at it.”

The draft strategy states that the top priority is to focus on the reduction of potential high hazards, especially at Sellafield. The NDA has asked BNFL subsidiary British Nuclear Group (BNG) to look into the costs of accelerating the cleanup of these liabilities. “If they come back and say we could do it in half the time but it’s going to cost more, then I think we first have to have our internal debate and ask whether we can reprioritise within what we’re spending anyway to contain that,” said Cleaver. If the NDA doesn’t think it is possible to do so, then it would approach the government for more funds.

On the other hand, the NDA will also be looking to ensure that its full budget is spent during the course of each year. Cleaver noted that, in many cases, the experience has been of not spending the full budget, “but equally of not doing the work that was anticipated. So accountants are happy because you haven’t spent your budget; but if you haven’t done the work that you set out to do, you’re falling behind.” One way of preventing this from happening is by keeping a month-by-month check on each site, “and if a site is falling behind and isn’t going to be able to spend its budget, we will look to see if there’s another site that could actually do more work in the year.”

Sites have therefore been asked to identify packages of work that are not planned for the financial year, but could be carried out at short notice. Not only might they be awarded the extra work in the case of another site not being able to complete the work earmarked for that financial year, but there may also be unexpected events at another site that could lead to the redeployment of resources. “If something is not operating like Thorp, then on the one hand you won’t get income from it, but equally you’re not spending some of the money because you’re not running the plant, you’re not employing all the people on it that you were,” Cleaver said.

One of the first things BNG did once it was clear that Thorp would not start up for a while was to see which members of staff could be redeployed on other work. As a result, the financial impact due to the pipe break incident at Thorp is not very significant, according to Cleaver. “At the moment Thorp is a serious problem but it isn’t something that financially is disastrous.”

Should there be a major impact on income, for example if one of the Magnox stations shut down unexpectedly, and the NDA found it did not have the budget to carry out cleanup work it had committed to, then the NDA would ask for more money from the government. However, Cleaver stressed: “I don’t anticipate having to do that because of what has happened at Thorp this year.”

In any case, as discussed above, the NDA’s funding cannot be increased while the state aid investigation is being carried out.

TOWARDS A FINAL STRATEGY

The consultation period for the NDA’s draft strategy finishes on 11 November. The NDA then plans to submit its final draft to the government by the end of the year. By April 2006, at the start of the NDA’s second year of full operation, the strategy should have received government approval.

Cleaver is optimistic that the draft will be well received. “We believe the best approach is the one that we’ve outlined there and so it’s right for us to aim for that at the moment,” he said. “We think that the benefits of faster decommissioning and so on are such that when people look at the options they will favour such an approach.” But should it prove too costly, or be rejected on other grounds, there always is the fallback plan of continuing as before. “We’re saying we think there is a better way and if that can be achieved then fine. But we’ve got a practical plan that works, even on the current assumptions.”