X-energy and Centrus to continue work of TRISO-X fuel 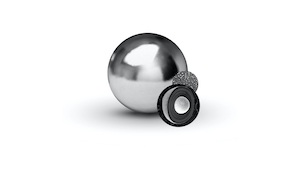 US-based X-energy and Centrus Energy Corp on 2 November announced that preliminary design of X-energy’s TRISO-X Fuel Fabrication Facility has been completed and that the companies have signed a contract for Centrus to continue its work as the project enters its next phase.

“Centrus is pleased to be part of X-energy’s team in designing and developing this next generation fuel fabrication facility,” said Larry Cutlip, President of American Centrifuge Operating, a wholly owned subsidiary of Centrus. “We greatly value this partnership and look forward to continuing this important work to bring TRISO-X fuel to market.”

X-energy contracted with Centrus in 2018 to support the facility’s preliminary design work, which is now complete. Under a new contract supported by the US Department of Energy (DOE) Office of Nuclear Energy Demonstration Tier of the Advanced Reactor Demonstration Programme, the largest tier of award in the programme, X-energy will finalise the detailed design of a commercial-scale TRISO-X fabrication facility.

The TRISO-X facility will wrap HALEU-bearing kernels of oxide and carbide in alternating layers of pyrolytic carbon and silicon carbide, creating a self-contained, meltdown-proof fuel. The facility is designed to support the deployment of X-energy’s Xe-100 power plant in Washington State by 2027 under an award from the DOE’s Advanced Reactor Demonstration Programme (ARDP.) The facility will also be capable of supporting other Xe-100 sites and a variety of customers needing other fuel forms of TRISO.