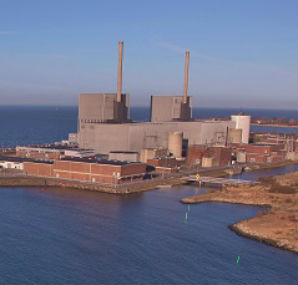 Sweden's Barsebäck Kraft has awarded a contract to Westinghouse Electric to support the dismantling of the two-unit Barsebäck nuclear power plant.

The first reactor was closed on 30 November 1999 and the second reactor on 31 May 2005, both 615MWe ABB-designed boiling water reactors (BWR). The two units, which began operating in 1975 and 1977, were shut down early because of political pressure from neighbouring Denmark.The plant was operated by Barsebäck Kraft, a unit of Ringhals, owned by Vattenfall and Sydkraft.

Westinghouse Electric will dismantle, segment and package the reactor pressure vessel internals, which are the closest components to the reactor core using remotely controlled underwater mechanical cutting techniques. Westinghouse said this will significantly reduce the amount of radioactivity remaining in the plant and facilitate safe dismantling of the remainder of its components. Specifically designed equipment will be fabricated and tested at its facilities in Västerås, Sweden. All the nuclear fuel, which contained most of the radioactive substances, has already been removed from the plant.

Contract work will begin immediately and mechanical segmentation work will be carried out in 2016. The project is scheduled to be completed in four years.