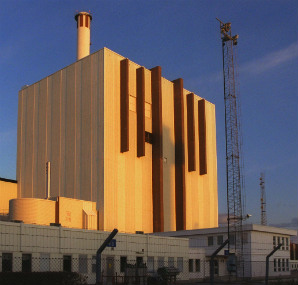 Swedish state utility Vattenfall has reported that 2013 was the second-best year of nuclear generation since it started, performance which CEO Øystein Løseth said could be credited in large part to recent years' modernisation work. Its seven Swedish reactors at Forsmark and Ringhals generated 51.9 TWh in 2013.

The year saw a 114 MW upgrade of Forsmark 2 (to 1120 MW), an exit of four years of special regulatory oversight for the Ringhals site owing to performance improvements, and a 10-year extension of lifetime expectation to 50 years for Forsmark 1, 2, 3, and Ringhals 3&4.

Over the past few years nuclear power availability has increased significantly from 74% in 2010 to 86% 2013. Nuclear was responsible for generating 29% of Vattenfall's total electricity in 2013.

The annual report also said that the utility is planning to spend SEK 14 million ($2.1 million) on its nuclear power plants, mainly for regulatory compliance or maintenance.

Vattenfall's net sales rose 2.6% year on year but the company's profits were negative because of poorer market conditions and higher business risks.

The company's annual report laid out the changes that the industry is facing. "In 2013 it became increasingly clear that the entire European energy industry is undergoing a fundamental structural change....The vision of a single, integrated European energy market has not been realised. Instead, energy policies have once again become increasingly national in character. We can also see that the traditional business model, based on large-scale electricity generation in conventional power plants, is being challenged. Much more subsidised renewable power than expected - mainly wind and solar power - has been added and is putting pressure on conventional gas- and hard coal-based electricity."

As a result, Vattenfall has reorganized into two regions: Nordics (Denmark, Sweden, Finland) and Continental/UK (Germany, Netherlands, UK). In terms of nuclear assets, it has a large stake in the Kruemmel and Brunsbuettel nuclear power plants, which are both shut down.

It also said that since conventional power plants are not profitable during certain hours of the day due to greater generation of renewable energy, a need has emerged to create the technical ability to start and stop plants on short notice and to do so at a low cost. "The need and possibility to steer electricity demand (referred to as "demand-side management") in an effort to smoothen out electricity consumption over a 24-hour period, improve price elasticity and better conform to electricity generated from solar energy and wind power will also be rising."

Vattenfall's integrated Annual and sustainability report for 2013 was published for download from Vattenfall's corporate website on 24 March.