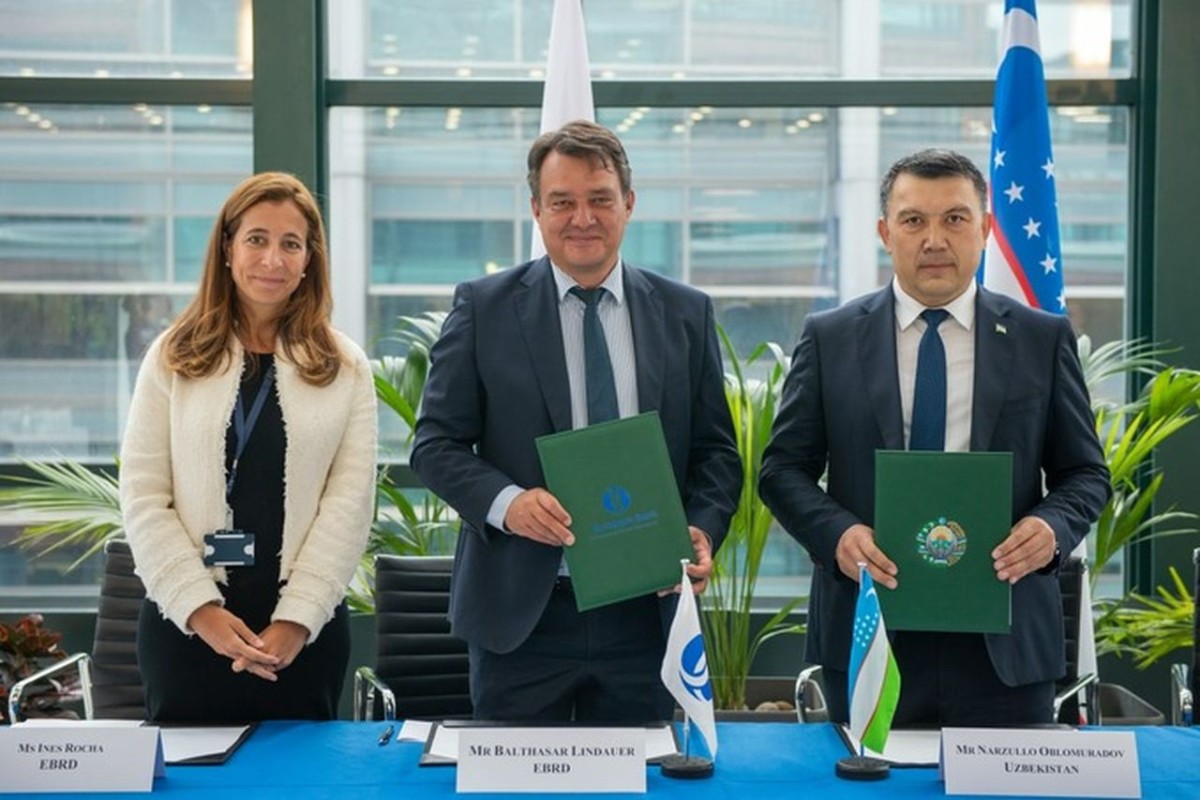 The European Bank for Reconstruction and Development (EBRD) will provide Uzbekistan with a grant of €7 million ($6.95m) to support work on the reclamation of uranium legacy sites at Charkesar and Yangiabad, the press service of State Committee of Uzbekistan on Ecology and Environmental Protection (SCUEEP) and EBRD have reported. The agreement for the grant project was signed on 1 September in London by SCUEEP Chairman Narzullo Oblomuradov and Balthazar Lindauer, Director of the EBRD Nuclear Safety Department.

In 2021, SCUEEP and the EBRD signed the first €2 million grant agreement for the provision of consulting services. That grant was to support a recently established Project Management Unit (PMU) that will be dealing with the clean-up of the sites. As a first step, the PMU has started preparing the necessary tender documentation for remediation works. The €9 million grant project is being financed by EBRD through a special fund of the Environmental Remediation Account for Central Asia (ERA).

Reclamation is scheduled to start in the first quarter of 2023 (originally scheduled for the third quarter of 2022). In about two years, the work will be completed, SCUEEP said. Construction and rehabilitation works will be carried out under the supervision of local and German experts.

"On the basis of an impartial examination and a comprehensive environmental assessment of risks and local conditions, experts have chosen the safest and most suitable options and plans for carrying out reclamation, construction-installation, isolation and protection works of the area," SCUEEP said. “Improving the sanitary and environmental situation in the near future will contribute to the sustainable development of the territory, attracting additional investment in agriculture and other industries, as well as developing the tourism and ecotourism potential of the regions, increasing employment and incomes of the local population,”

Yangiabad, located 1,300 metres above sea level in a zone of high seismic activity and 70 km from Tashkent, was a uranium mining area for about 40 years. It occupies an area of about 50 square kilometres, where about 2.6 million cubic metres of radioactive waste are buried.

Planned reclamation work at the site includes the closure of four mines, the dismantling and demolition of contaminated industrial structures and mine infrastructure, and the removal of several waste rock and unstable ore dumps, EBRD said. The project is also aimed at supporting the development of the tourism sector of the Yangiabad economy.

The village of Charkesar, located in the mountains 140 km east of the capital, was a uranium mining site until 1995, and about 3,500 inhabitants still live there. The envisaged reclamation work at this site includes the closure of two mines, as well as the reconstruction of two drainage channels.

Central Asia was a key source of uranium for the former Soviet Union. Uranium was mined there for over 50 years and uranium ore was also imported from other countries for processing. Most of the mines were closed by 1995 but very little remediation was done and large tailing dumps remain.

ERA, established in 2015 at the initiative of the European Union (EU) and managed by the EBRD, addresses this Soviet legacy. The EU is ERA’s biggest donor, while contributions have also been made by Belgium, Lithuania, Norway, Spain, Switzerland and the USA. Work to manage the legacy wastes from historic uranium mining at sites in Shekaftar and Min-Kush in Kyrgyzstan was completed earlier this year. The work was completed on schedule and below the projected budget.

The International Atomic Energy Agency (IAEA) and Russia have also been supporting rehabilitation of Central Asia’s uranium legacy sites. The IAEA’s Coordination Group for Uranium Legacy Sites (CGULS was formed in 2012 to help coordinate national and multilateral remediation activities. In 2017, the IAEA, EC and EBRD signed a joint commitment on coordinating remediation efforts in accordance with a new Strategic Master Plan (SMP). EBRD estimated the total cost of measures outlined in the plan at €210 million, of which €56m had already been made available by the EU, Commonwealth of Independent States and World Bank.

Russia’s Central Design and Technological Institute (JSC TsPTI - part of Rosatom fuel company TVEL) in May won the tender for the development of working documentation and performance of work at the Taboshar site in Tajikistan as part of the implementation of the Interstate Target Programme "Reclamation of the territories of states affected by uranium mining industries”. Under the contract, the territories of the tailings and the dump of the low-grade ore factory will be rehabilitated. The contract value exceeds RUB700 million ($11m) and the project is expected to be completed by the end of 2023.

Image: SCUEEP Chairman Narzullo Oblomuradov and Balthazar Lindauer, Director of the EBRD Nuclear Safety Department with the signed agreement that will provide Uzbekistan with a grant to support work on the reclamation of uranium legacy sites at Charkesar and Yangiabad (courtesy of EBRD)