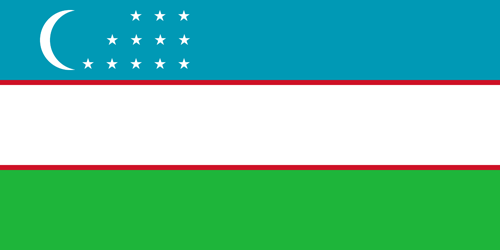 UK-based Assystem on 16 May signed a Memorandum of Understanding with Uzbekistan’s Ministry of Energy to help with the country’s energy transition, which includes the target to double its electricity production by 2030, raising its installed capacity from 13GWe to 27GWe.

Uzbekistan's new energy mix will include civil nuclear production capacities and new production infrastructure based on gas and wind power. The agreement provides for a joint venture to be set up by year-end.  Assystem said its role would be to "design, coordinate and manage projects to enable Uzbekistan's new energy mix to be put in place, including new production infrastructure, electricity transmission and distribution networks.

The same day, French company Orano Mining said it intends to create a joint venture for the exploration and mining of uranium in the Navoi region of Uzbekistan, according to the press service of Uzbekistan’s State Committee on Geology and Mineral Resources (Goskomgeo). "Orano and Goskomgeo will create a joint venture for the exploration and production of uranium, a draft agreement on the creation of an enterprise has been prepared," the department said. The joint venture is expected to be created by the end of July.

The new enterprise will stage exploration in three promising areas of sandstone-type uranium - the North and South Dzhengeldy and Yangikuduk. If the investigations produce positive results, the joint venture will develop the identified reserves and sell uranium. The authorised capital of the joint venture will be $34.5 million with Orano holding 51% in the form of cash, technological equipment and technology. According to Goskomgeo, the explored and estimated reserves of uranium are about 190,000 tons, of which over 140,000 tons are sandstone-type uranium deposits, and 47,000 tons are black-shale. The sandstone uranium deposits, which are more accessible for development and have not been previously offered to foreign investors, are part of the resource base of the Navoi Mining and Metallurgical Combine. The combine has a monopoly on the extraction, enrichment and export of uranium in Uzbekistan.