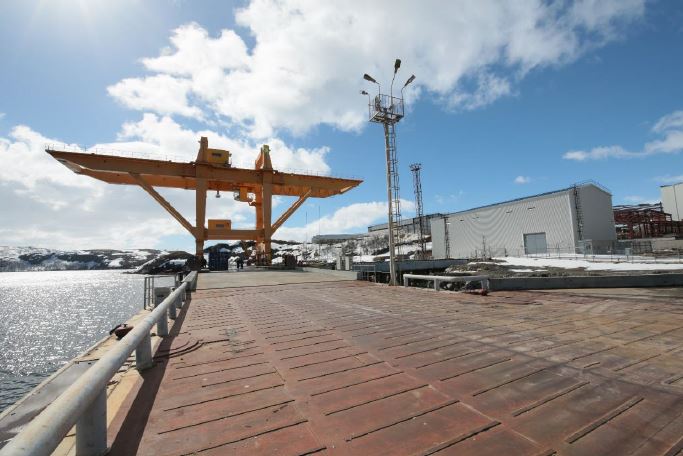 The first shipment of used nuclear fuel left the former naval base in Andreeva Bay in northwestern Russia on 27 June. Under an international initiative financed by the Nuclear Window of the Northern Dimension Environmental Partnership (NDEP) more than 22,000 used fuel assemblies from nuclear submarines, currently stored at Andreeva Bay, will be retrieved, packaged and removed from the site. The process is being carried out by SevRAO, part of Russian state nuclear energy corporation, Rosatom.

Andrey Golin, director general of Russia’s Federal Centre for Nuclear and Radiation Safety (FCNRS) announced in April that new facilities in Andreeva Bay were ready to begin management of the used fuel. The infrastructure for unloading and removal of used nuclear fuel from the submarines had been completed after FCNRS was contracted to construct a building to hold in dry storage more than a hundred submarines reactor cores.

The used fuel, removed from 100 reactors from more than 50 nuclear submarines, has been stored at Andreeva Bay for 35 years in dry storage units, some of which were damaged and leaking. The base was closed in 1992.

The strategy for removing the fuel from the dry storage units was developed by Russia and international experts with funding from the UK in 2002 and included building an enclosure over the dry storage units; retrieval of the; fuel using a machine to ensure protection for workers; and repacking the fuel into new canisters. The canisters are then transferred to specialised 40-tonne casks for further transportation.

The casks are stored in an accumulation pad before being transported to the pier by a purpose-built 50-tonne trolley. A specially designed pier crane then loads them onto the Rossita, a ship built to International Atomic Energy Agency standards and financed by Italy. Rossita will take the casks to Murmansk where they will be moved to purpose-built railway waggons and transported to the nuclear reprocessing plant PA Mayak in Ozersk.