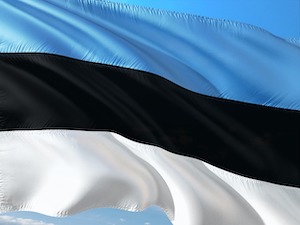 The United States and Estonia have agreed to cooperate under the US Department of State’s Foundational Infrastructure for Responsible Use of Small Modular Reactor Technology (FIRST) programme.

US Embassy Tallinn Chargé d’Affaires Brian Roraff welcomed “Estonia’s ambitious efforts to transition from carbon-intensive sources for power generation and to ensure the country’s energy independence.” He added: “The FIRST programme brings extensive expertise from the US government, academia, national laboratories, and industry to Estonian officials as they explore the feasibility of nuclear technology in a manner consistent with the highest international standards of nuclear security, safety, and non-proliferation. This is a big decision, and we support Estonia’s careful consideration of all viable energy alternatives.”

Estonian Minister of Environment Erki Savisaar said collaborating with the United States through FIRST programme trainings will enhance the knowledge of Estonia’s specialists considering the deployment of small modular reactors (SMRs) and will help the Estonia to make an informed decision on the feasibility of including nuclear energy in the energy mix.

“We must first find out what opportunities nuclear technology offers and be aware of the responsibilities and obligations involved. As Estonia has no previous experience in the use of nuclear technology and the country lacks expertise in the respective field, the support and assistance of the US government in this process is very necessary and welcome,” Savisaar noted. “At the same time, organising the training is in no way a sign that Estonia has already made its decision regarding nuclear energy or some specific reactor technology.”

The initial training will take place online from February to September and will focus on nuclear security, safety, and non-proliferation. Future capacity-building may address such topics as the establishment of national nuclear safety regulations, workforce development, stakeholder engagement, and site assessments of a nuclear power plant.

The US State Department has launched FIRST in April 2021 during a Leaders Summit on Climate hosted by the the Biden-Harris Administration. As an initial investment, the department committed $5.3 million to support FIRST projects. The aim of the programme is to  strengthen US relationships with international partners, through government, industry, national laboratory, and academic institution engagements, the State Department said.

In November 2021, US Under Secretary of State for Arms Control and International Security Bonnie Jenkins announced a commitment of $25 million to support expanding access to clean nuclear energy. As part of this Nuclear Futures Package, the US said it would partner with Poland, Kenya, Ukraine, Brazil, Romania and Indonesia, among others, to support progress on meeting their nuclear energy goals. FIRST was included in this package. To date, the Department of State has announced $6.3 million to support FIRST projects worldwide. Estonia joined FIRST at the end of 2021.

Before that, in April 2021, the Estonian government officially approved the creation of a nuclear energy working group (NEPIO) to investigate the possibility of introducing nuclear energy in Estonia based on the study of advanced technologies and projects in this area. NEPIO will present its findings and proposals to the government no later than September 2022.