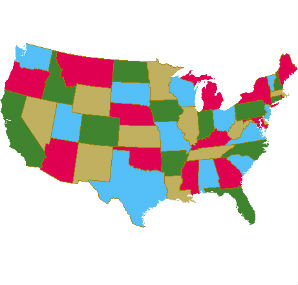 Following a US Environmental Protection Agency proposal to revise Environmental Radiation Protection Standards for Nuclear Power Operations (40 CFR 190) in February 2014, the American Nuclear Society and Nuclear Energy Institute have announced that they have commented.

In the proposal, EPA said, "These standards were the earliest radiation rules developed by EPA and are based on nuclear power technology and the understanding of radiation biology current at that time."

ANS urged a 'comprehensive rewrite' of the rules. ""Since [they were originally published], the global scientific community made substantial advances in understanding the health effects of ionizing radiation and has collected a large body of epidemiological data related to low level radiation exposure," said president Michaele Brady Raap.

ANS has offered comments on six issue areas, including the dose limit calculations intended to protect individuals.  In a statement to the EPA, the American Nuclear Society urged the EPA to refrain from over-estimating the likelihood of dose contributions from multiple radiation sources, or from applying protective factors that have already been accounted for in the dose constraint.  Both of these practices, ANS believes, result in dose limits that are overly restrictive without appreciable improvement in safety.  Other issues focused on by the Society include updated dose methodology (dosimetry), radionuclide release limits, water resource protection, spent nuclear fuel and high-level radioactive waste storage, and new nuclear technologies.

It also said that the larger environmental and health context in which EPA's radiation standards are used has changed. There is now a fairly robust scientific consensus that climate change could pose significant potential risks to the general public. There is nearly global consensus that the continuation and expansion of nuclear energy is a necessary component to any meaningful strategy to reduce CO2 emissions as a means of mitigating those potential risks.