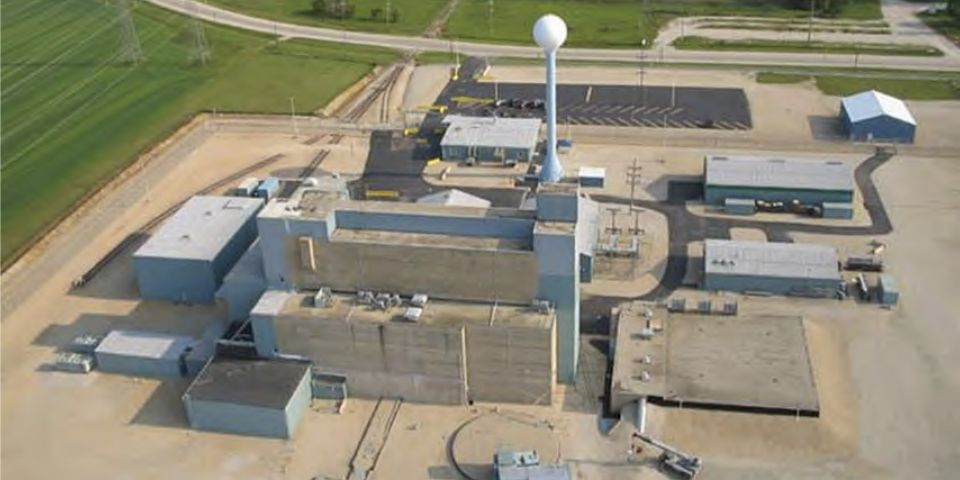 The US Nuclear Regulatory Commission (NRC) has renewed the licence issued to GE-Hitachi Nuclear Energy America (GEH) for the "possession, transfer and storage of radioactive material" at the Morris Operation Independent Spent Fuel Storage Installation (ISFSI) in Illinois.

Used fuel from the Connecticut Yankee, Cooper, Dresden, Monticello and San Onofre NPPs is stored at the Morris Operation, which is the only licensed away-from-reactor wet used fuel storage facility in the USA. It was originally designed as a 300-tonne-a-year fuel reprocessing plant, but was declared inoperable in 1974. NRC issued the facility its first ISFSI 20-year licence in 1982, which was renewed for 20-years in 2000.

The announcement was published in the US Federal Register on 28 November. The renewed licence is valid until 31 May 2042. GEH had submitted the renewal application in June 2020 and the NRC said that it had received "no request for a hearing or petition for leave to intervene".

According to NRC, a safety evaluation report had concluded that the ISFSI would continue to meet the required regulations and "NRC staff also prepared an environmental assessment and finding of no significant impact for the subsequent renewal of this licence" and concluded that the renewal of the licence "will not have a significant impact on the quality of the human environment".

In its environmental impact assessment, published on 17 November, the NRC said: "Approval of the proposed action is not expected to result in changes to current ISFSI operations. Routine operation of the ISFSI is largely passive; activities include continuation of existing monitoring and maintenance activities for the wet storage basins, which are inside a building.

"GE Hitachi would continue to operate onsite sanitary wastewater lagoons in compliance with its state-issued permit and would manage the radioactive wastewater system and solid radioactive wastes generated from ISFSI operations in accordance with NRC regulations. No wastewater would be discharged from the property. As a result of these continued ISFSI activities, no significant radiological or non-radiological environmental impacts are expected."

NRC noted that if it did not renew the licence, GEH would still have to continue storage at the ISFSI until the contents could be transferred to another ISFSI and it would then have to decommission Morris Operation ISFSI. It did not consider this to be “a reasonable alternative to renewing the licence” no other facilities were available. "Continued storage of the spent fuel and continued operation of the ISFSI is necessary because Congress has not yet established a permanent national repository, and no facility is yet available for monitored retrievable storage," NRC said.