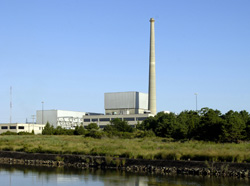 The US Nuclear Regulatory Commission (NRC) on 20 June approved the transfer of the licence for the single-unit Oyster Creek NPP from Exelon Generation to Oyster Creek Environmental Protection (OCEP) and Holtec Decommissioning International, with OCEP as the new owner and Holtec in charge of decommissioning.

Oyster Creek is a 619MWe General Electric boiling water reactor, which began commercial operation in December 1969, was shut down in September 2018. It is the oldest commercially operated nuclear plant in the USA. Oyster Creek’s 40-year operating licence expired in 2009, and NRC granted the plant a 20-year licence renewal. However, in 2010 owner-operator Exelon reached an agreement with and New Jersey state environmental regulators to close the plant in 2019. Its retirement was accelerated by a year to coincide with the plant’s fuel and maintenance cycle.

Holtec plans to ship the site's used nuclear fuel to a consolidated interim storage facility, HI-STORE, currently undergoing licensing in New Mexico. In the meantime, canisters of used fuel will be stored on site.

Holtec has also agreed to purchase the recently closed Indian Point, Palisades and Pilgrim nuclear units from Entergy.  When Pilgrim, in Massachusetts, closed earlier in June, Holtec said it expected the sale of the plant  to take place before the end of the year. Holtec senior vice president and chief strategy officer Joy Russell said decommissioning both Pilgrim and Oyster Creek “will yield excellent operational synergies, enabling us to adopt best practices and methodologies to maximise safety and efficiency at both sites”.