US looks to develop fast reactor 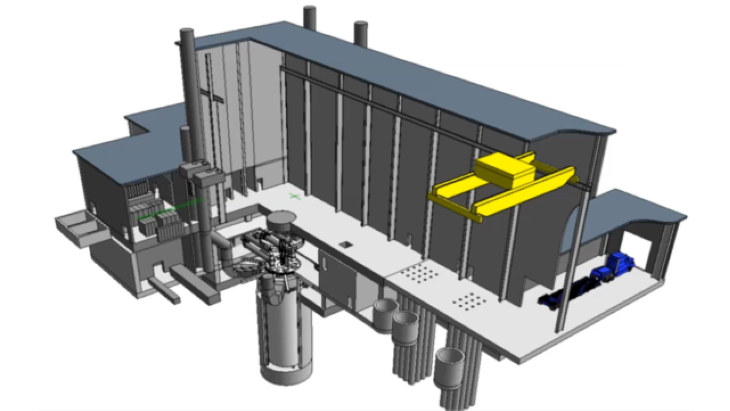 The US Department of Energy (DOE) on 5 August published a Notice of Intent in the Federal Register announcing that the it will develop an Environmental Impact Statement (EIS) to study the impacts of building a Versatile Test Reactor (VTR) to test future fuels and materials that industry is designing for advanced civilian nuclear plants.

The 300MWt reactor will be a smaller version of the GE Hitachi PRISM power reactor, which is based on the EBR-II, an integral sodium-cooled fast reactor prototype that operated at Argonne National Laboratory from 1963-1994. VTR, like PRISM, would use metallic alloy fuels. DOE has previously said the facility could be in operation by the end of 2026.

The VTR will be used to provide a source of fast neutrons to support  development of advanced reactor technologies. Similar facilities are currently available in only a few locations worldwide and the USA has not operated one in over 20 years.

“This testing capability is essential for the United States to modernise its nuclear energy infrastructure and for developing transformational nuclear energy technologies that reduce waste generation and enhance nuclear security,” said Energy Secretary Rick Perry. “Lack of a domestic reactor with versatile fast-neutron-spectrum testing capability is a significant national strategic risk affecting the ability of DOE to fulfil its mission to advance the energy, environmental, and nuclear security of the United States and promote scientific and technological innovation.”

“If this capability is not available to US innovators as soon as possible, the ongoing shift of nuclear technology dominance to other international states such as China and the Russian Federation will accelerate, to the detriment of the US nuclear industrial sector."

“Beginning the NEPA process at this time will ensure that all environmental factors are considered before the Department makes a final decision to move forward with the project,” she added.

Initially, as part of the National Environmental Policy Act (NEPA) process, DOE is inviting public comment until 4 September on what should be included in the scope of draft EIS. DOE will evaluate comments before the EIS is made final. It will then be published and made available to the public for 30 days before the department can issue a Record of Decision. DOE will host two interactive webcast scoping meetings to provide information about the VTR and the NEPA process, and to gather oral and written comments.

The DOE was directed to develop the facility under the Nuclear Energy Innovation Capabilities Act, which became law in September 2018. Reducing used nuclear fuel, federal officials say, is also an objective of the new test reactor. The USA has no permanent repository for about 70,000 metric tons of radioactive used fuel, which is stored mainly at nuclear power plant sites.

The INL VTR Alternative would be sited at INL's Materials and Fuels Complex (MFC), using existing hot-cell and other facilities at the MFC for post-irradiation examination. The site's current infrastructure "should be largely adequate" to support the facility, according to the DOE. Under this alternative, fuel for the VTR would be manufactured either at MFC or at the Savanah River Site in South Carolina.

The ORNL VTR Alternative  would be sited at an unidentified location at ORNL, in Tennessee. Several existing facilities would be used and/or modified to provide operational support and post-irradiation examination capabilities. Driver fuel for the VTR would "likely be manufactured elsewhere," according to the Federal Register notice.