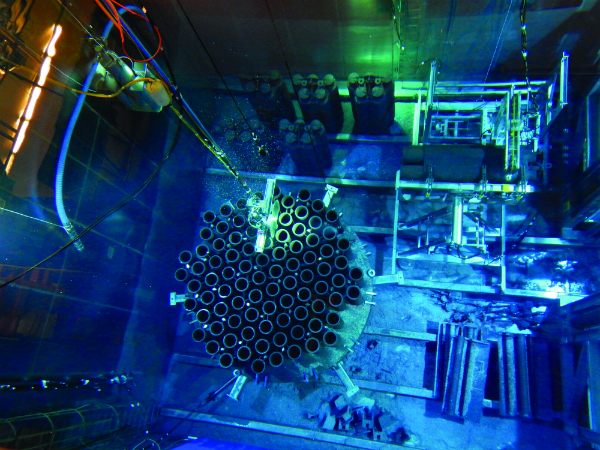 Germany-based Uniper (a subsidiary of Fortum) is to coordinate the demolition of nuclear reactors at Sweden’s two-unit Barsebäck nuclear plant and at Oskarshamn 1&2. Decommissioning work has already started at all four reactors.

Uniper was formed by the separation of E.ON's fossil fuel assets into a separate company in January 2016 which was subsequently taken over by Fortum. OKG (a subsidiary of Uniper) will carry out radiological demolitions of Oskarshamn 1&2 during the 2020s, and this will be coordinated with corresponding demolition at Barsebäck. Uniper said it has has decided on a long-term and common strategy for dismantling and demolishing all four reactors.

"With Uniper's chosen strategy, we can gather, coordinate and integrate the two projects," noted Johan Svenningsson, country chairman for Uniper in Sweden. "The idea is to take advantage of all the competencies and experiences we have - not least from Germany where Uniper has already demolished nuclear power plants."

The radiological demolitions of the closed reactors at Barsebäck and Oskarshamn will be carried out in the period 2020-2028, during which all radioactive waste will be removed from the plants.

The new strategy of coordinated demolition was welcomed at OKG. “This is a very positive message for our business,” said OKG CEO Johan Dasht. “With a coordinated dismantling and demolition, we get coordination gains with the new strategy. We will be able to take advantage of Barsebäck's experiences and use the same resources with specialist expertise for the radiological demolition of Oskarshamn 1&2.” End use of the sites is yet to be determined.

In December 2016, GE Hitachi Nuclear Energy was awarded a contract to dismantle the reactor internals of Oskarshamn 1&2. The work, including dismantling, cutting and packing the reactor internals for final disposal,  will be carried out underwater. The project is expected to be completed by the beginning of 2020.

The two 600MWe ABB-designed boiling water reactors at Barsebäck were closed in November 1999 and May 2005. They were shut down early because of political pressure from neighbouring Denmark. All the nuclear fuel, which contained most of the radioactive substances, has already been removed from the Barsebäck plant. Reactor vessels and other major parts must be disassembled and transported away before the buildings themselves are dismantled. Work to dismantle, segment and package the reactor pressure vessel internals for final disposal is currently being undertaken by Westinghouse.

Photo: Cutting of the nozzle pipes and segmentation of the steam separators at Barsebäck (Source: Westinghouse)