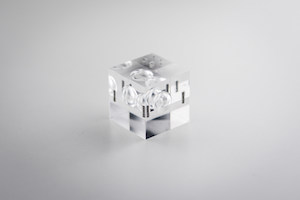 This is the first time fusion has been achieved using the unique targets developed by First Light, and the corresponding projectile technology.

First Light aims to solve the problem of fusion power with the simplest machine possible. Projectile fusion is a new approach to inertial fusion that is simpler, more energy efficient, and has lower physics risk. First Light has achieved fusion having spent less than £45 million ($58.5m), and with a rate of performance improvement faster than any other fusion scheme in history.

UK Business & Energy Secretary, Kwasi Kwarteng, said: “First Light Fusion’s British-born technology could potentially revolutionise power production in the coming decades. That is why this government is investing in UK science and innovation, ensuring that we remain at the forefront of the global scientific endeavour to make safe, clean, limitless fusion energy a reality.”

First Light believes its unique projectile fusion approach offers the fastest, simplest and cheapest route to commercial fusion power. Instead of using complex and expensive lasers or magnets to generate or maintain the conditions for fusion, First Light’s approach compresses the fuel inside a target using a projectile travelling at tremendous speed. The key technology in First Light’s approach is the target design, which focuses the energy of the projectile, imploding the fuel to the temperatures and densities needed to make fusion happen.

To deliver this fusion result, First Light used its large two-stage hyper-velocity gas gun to launch a projectile at a target, containing the fusion fuel, the company explained. “The projectile reached a speed of 6.5 km per second before impact. First Light’s highly sophisticated target focuses this impact, with the fuel accelerated to over 70 km per second as it implodes, an increase in velocity achieved through our proprietary advanced target design, making it the fastest moving object on earth at that point.”

First Light’s power plant design involves the target being dropped into the reaction chamber and the projectile launched downwards through the same entrance, so it catches up with and impacts the target at the right moment. The impact is focused and amplified by First Light’s advanced target technology, and a pulse of fusion energy is released. That energy is absorbed by the lithium flowing inside the chamber, heating it up. The flowing liquid protects the chamber from the huge energy release, sidestepping some of the most difficult engineering issues in other approaches to fusion. Finally, a heat exchanger transfers the heat of the lithium to water, generating steam that turns a turbine and produces electricity.

First Light’s equipment is relatively simple, built in large part from readily available components. First Light believes this approach accelerates the journey towards commercial fusion power as there is a large amount of existing engineering that can be reused to realise its proposed plant design.

A peer reviewed analysis  conducted by First Light shows that projectile fusion offers a pathway to a very competitive Levelised Cost Of Energy (LCOE) of under $50/MWh, directly competing on cost with renewables.

UKAEA was invited to analyse and validate First Light’s fusion results before they were made public. The process included independent modelling of the detector configuration and response, review of all calibration data for both types of neutron detector used, review of the processing and statistical analysis of the data, full physical access to all detection equipment for hands-on inspection, and the witnessing of a fusion shot. This work has taken place over a period of over three months and UKAEA is able to confirm there is evidence that First Light has produced neutrons that are consistent with those produced from the fusion of deuterium fuel.

Plans for a “gain” experiment (more energy out than in) are advancing and First Light expects to partner with existing power producers to develop a pilot plant using its unique fusion approach. First Light is working towards a pilot plant producing around 150MWe and costing less than $1 billion in the 2030s. First Light is working with UBS Investment Bank to explore strategic options for the next phase of its scientific and commercial development.

First Light Chairman Bart Markus said: “By focusing on an approach to fusion which is both simpler and cheaper than other fusion technologies, we believe we have identified a genuine route to commercial fusion, with a view to meeting not just vital scientific milestones, but also to develop a sustainable business model. Our unique target technology enables a business model based on consumables, which differentiates us from all other fusion technologies. This includes the manufacture and distribution of the targets themselves, using partners for the plant development largely borrowing from existing technologies. Our focus on the business model is equally important: fusion must show it is more than an expensive science experiment, but that it can be a commercial solution to the challenge of producing baseload clean energy”