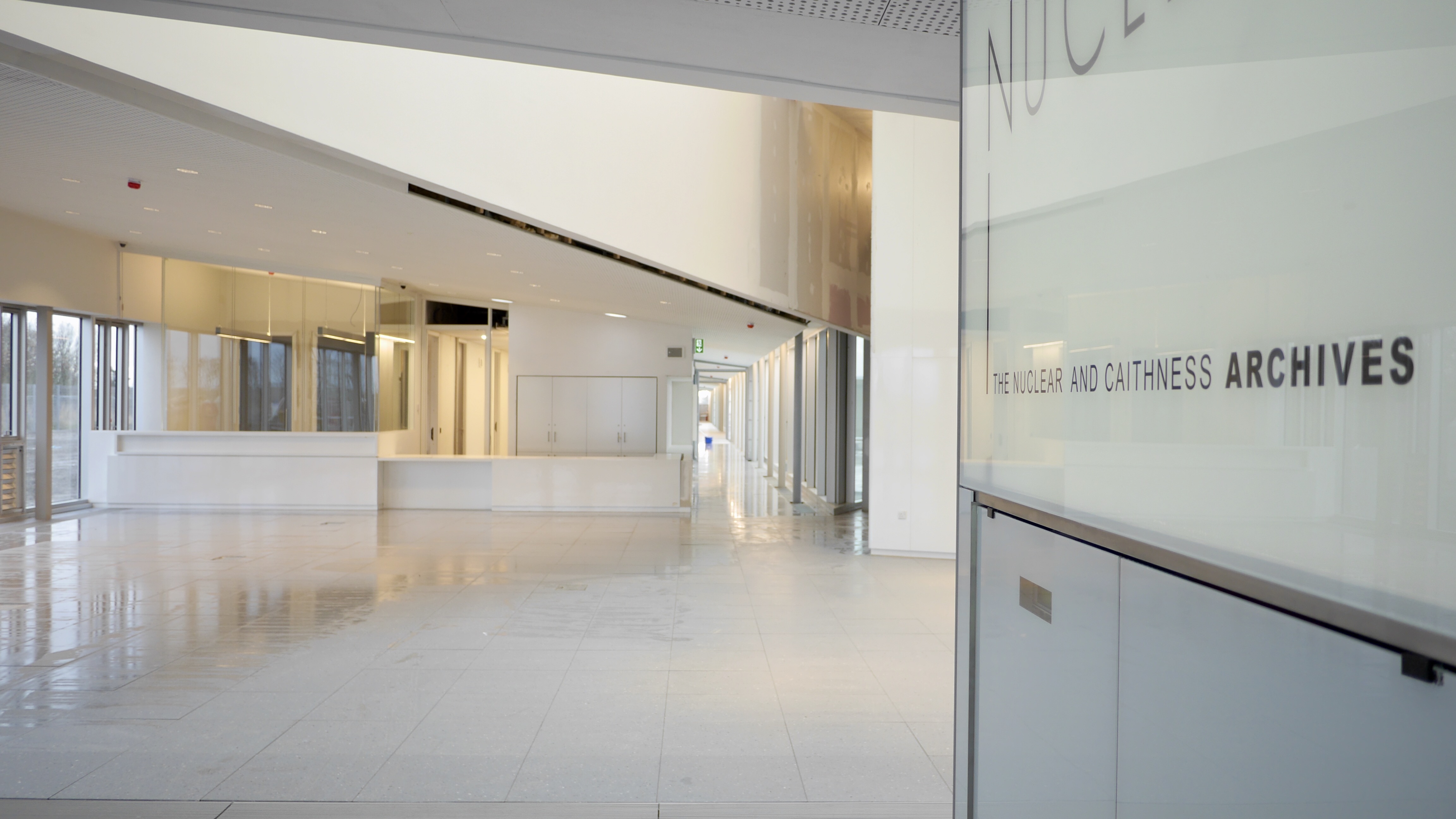 A national archive of records related to the history and development of the UK's civil nuclear industry opened on 14 February in Caithness, Scotland,  funded by the Nuclear Decommissioning Authority (NDA).

The archive, named Nucleus, has been built in response to the NDA's statutory obligation to manage public records, keep them safe and make them more accessible to the public and the nuclear community. Following an evaluation of the options and costs, Caithness - with 2000 people working in decommissioning at the nearby Dounreay site - was selected to house the GBP20m ($25m) archive. Dounreay is set to close in 2030.

The archive will include material from hundreds of thousands of boxes that have accumulated over the decades at Sellafield, Dounreay, Magnox sites, Harwell, Winfrith and other nuclear facilities that are scheduled for eventual demolition. Large quantities of additional material, meanwhile, are also held at off-site commercial storage locations. Up to 26km of shelving has been installed in a series of secure pods to store the material and ensure it is preserved. Records from Dounreay were the first nuclear collection to arrive.  These include almost a third of a million photographs and 200 tonnes of paperwork. The Caithness collection, with records dating back to the 16th century, is already in place.  Old decaying documents will be transferred to archive-quality paper by on-site preservation specialists, and digitised for improved accessibility.  The information will be provided digitally, wherever possible, avoiding risks of damage to the original material.

The NDA said discussions are under way with the wider nuclear industry, including the Ministry of Defence, new build developers and operators of the UK's NPPs, to consolidate their records at Nucleus. The archive will also act as a central repository for detailed radioactive waste records related to the UK's planned geological disposal facility. These records, it said, must be safeguarded for many generations. An official opening ceremony for Nucleus will be held later this year. It will employ a staff of about 20 including archivists, preservation experts and support staff. It is hoped that, during 2017, Nucleus will be granted Place of Deposit status by The National Archive at Kew, which will make it one of the largest accredited repositories outside London.

The triangular single-storey building has a large public area, including a reading room and community space for exhibitions, study or training.

The archive will also fulfil an important role for the future geological disposal facility (GDF) that is being developed for the UK, acting as a central repository for detailed waste records that must be safeguarded for many generations.