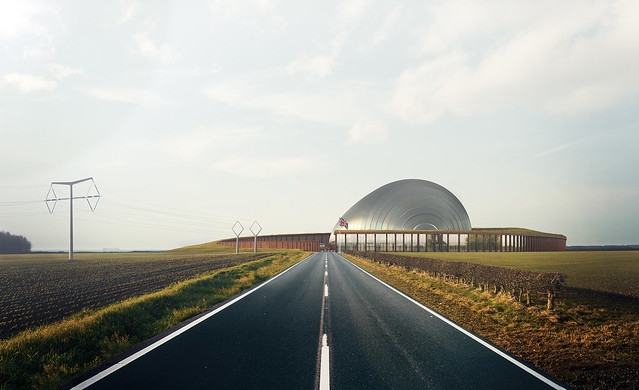 The package of energy-related proposals announced by the UK Department for Business, Energy and Industrial Strategy (BEIS) on 23 July included funding for small and advanced modular reactors.

BEIS noted that small modular reactors (SMRs) and advanced modular reactors (AMRs) are part of the advanced nuclear technology sector “which covers a range of new innovations under development”. Modular reactors “are designed so that much of the plant can be built in a factory and transported to site for construction” and fall into two categories –smaller water-cooled reactors which are evolutions of existing nuclear plants (SMRs), or AMRs “which use new cooling systems or fuels and potentially offer new uses for nuclear energy”.

A UK consortium led by Rolls-Royce has proposed an industry and government match-funded challenge worth about £500 million ($624m) to support the design of a standardised small modular nuclear plant. The government confirmed that the consortium’s proposal had been accepted into Wave 3 of the Industrial Strategy Challenge Fund (ISCF).

“The government is looking to make an initial award of up to £18 million to the Rolls-Royce-led consortium in early Autumn 2019. This is subject to a final decision to invest, including with business case and other approvals, and this consortium representing the best option for pursuing this technology.”

Phase 2 of the AMR programme will award up to four R&D grants of up to £10 million based on the evaluation of those studies. An additional £5 million will also be provided to the Office for Nuclear Regulation and the Environment Agency “to modernise the Generic Design Assessment (GDA) and continue building readiness to take future licensing decisions on SMRs and AMRs”.

“Our design will bolster the UK’s ambitions to tackle climate change while taking a further step towards creating an estimated 40,000 British jobs, reinvigorating a vital part of the country’s advanced manufacturing base and potentially generating hundreds of billions of pounds in export revenues,” the statement said. By working with the consortium, the government has “laid the foundations for a homegrown nuclear power plant industry”.

The government funding will be matched in part by contributions from the consortium and by attracting third party investment, which is needed “to mature the design, address the considerable manufacturing technology requirements and to progress the regulatory licensing process”. The consortium said that “by manufacturing the vast majority of the components required for new power stations within state of the art facilities and then combining them on-site, the consortium’s modular power plant also represents an ideal export opportunity”. There have already been expressions of interest from other countries, it added, “reinforcing the consortium’s confidence in the potential scale of the export opportunity, which could be in excess of £250bn”.

The technical and commercial foundations of the design have been validated by Sir Mark Walport and his UK Research and Innovation team’s assessment for ISCF; the independent assessment by the Government’s Expert Finance Working Group; and by due diligence led by BEIS.

Photo: The British government is looking to grant £18 million to the Rolls-Royce-led consortium for work on its Small Modular reactor (Credit: Rolls-Royce)