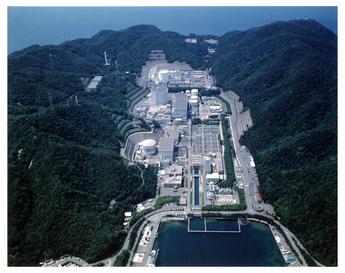 Japan’s Nuclear Regulation Authority has announced that its survey of a second fault zone directly beneath one of two reactors at the Tsuruga nuclear station in Fukui prefecture, Japan, found it likely to be seismically active.

NRA Chairman Shunichi Tanaka said that, given the results, “there is no way” the regulator could carry out safety assessments for a restart. The NRA team said reactor 2 might have to be decommissioned by the plant operator, although the agency only has the authority to bar the plant from restarting.

The Tsuruga nuclear power plant, around 300 km west of Tokyo, comprises two units. Unit 1, a boiling water reactor, began operation in 1970, and unit 2, an 1160 MW pressurized water reactor started up in 1987. If the reactor were close and be decommissioned it would be the first to shut in Japan in response to post-Fukushima safety reviews.

Japan Atomic Power Co. has submitted an open letter to the Nuclear Regulation Authority asking for clarification of the views. It said that they are “not fully explained, lack scientific basis, and are difficult to understand”

JAPC said that the fracture zone at the site is not an active fault as the 95,000-year-old strata resting on the top has not been displaced.