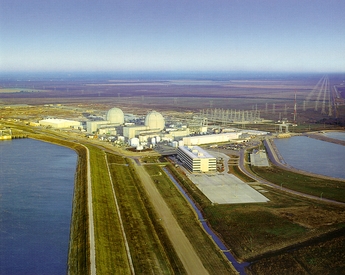 Japan’s Toshiba Corporation announced on 31 May that it is to withdraw from the project to build two advanced boiling water reactors (ABWRs) at the  US South Texas Project (STP) nuclear site.

Toshiba America Nuclear Energy Corporation (TANE) agreed in March 2008 to build two reactors at units 3 and 4 of utility NRG Energy’s South Texas Project. However, Toshiba said it has failed to find investors, and the project is no longer financially viable. “Toshiba will proceed with the necessary procedures for the withdrawal with all related parties, and target its early completion,” the statement said.

TANE  and NRG Energy founded Nuclear Innovation North America (NINA) in 2008 to promote the use of Toshiba's ABWR in North America. NRG had already in 2007 submitted a combined construction and operating licence (COL) application with the Nuclear Regulatory Commission (NRC) for two ABWRs at STP, where two pressurised water reactors were in operation. In February 2009, TANE signed an engineering, procurement and construction contract with STP Nuclear Operating Company, acting as NINA’s agent and as the main contractor for the new units. Then in 2011, NRG Energy withdrew from the project, writing down its $331m investment in NINA, citing uncertainty in the wake of the 2011 Fukushima-Daiichi accident. Toshiba has since financed the licensing process.

However,  NRC notified NINA that the corporation did not meet foreign ownership requirements and would be ineligible to receive a licence. NINA subsequently revised its COL application and a "negation action plan" to address the issue. The NRC Atomic Safety Licensing Board subsequently ruled that Toshiba's formal 10% ownership of NINA was acceptable and the COLs for STP 3&4 were granted in February 2016.
Toshiba said its decision to withdraw from the STP is in line with its basic policy "to eliminate risk from the overseas nuclear power business, particularly from construction-related cost overruns in NPP construction projects, by withdrawing from projects where Toshiba Group serves as the prime contractor or has to bear risk from construction-related cost overruns".

Toshiba said it currently has claims of $641m and an equity interest of $147m in the US ABWR project but noted that it recorded allowances for most of all bad debt and impairment loss by FY2017  and that the impact on business results in FY2018 "will be minimal".